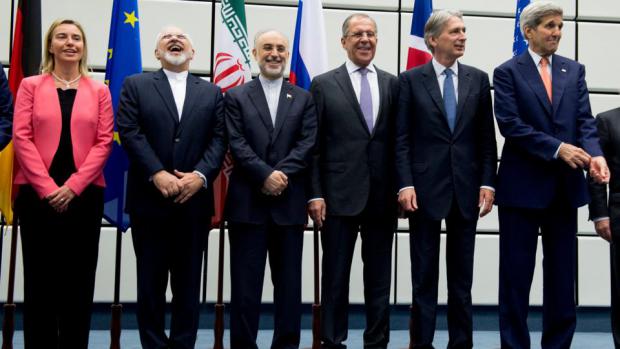 Dealings with the US are always highly suspect even when agreements appear to be reached.

On all things related to dealings with its ruling regimes — directly and indirectly — appearances are deceiving.

On January 17, 2016 — one day after the JCPOA was unanimously affirmed by Security Council Res. 2231, making it binding international law — the Obama/Biden regime breached the agreement by imposing sanctions on Iranian officials for invented reasons with no legitimacy.

Since Iran broke free from US tyrannical rule in 1979, its people have been ruthlessly mistreated by its ruling regimes — notably the current one and its predecessor.

Reality is clear. The US can never be trusted.

Duplicity defines its dealings with other nations — especially ones free from its control like Iran.

As long as the Islamic Republic remains independent, it'll be targeted for regime change by the US.

Iran needs no orientation, no heads-up or reminders about how the US operates.

With all of the above in mind, so-called Joint Commission of the JCPOA signatory states held a virtual meeting in Vienna on Friday — led by EU foreign policy chief Josep Borrell and EU diplomat Enrique Mora, figures subservient to US imperial interests.

Iran ruled out a face-to-face meeting with Biden regime hardliners.

According to Reuters, talks to continue next week will seek to "identify sanctions-lifting and nuclear implementation measures," adding:

"In this context, (Borrell and Mora) will also intensify separate contacts in Vienna with all JCPOA participants and the US."

Tehran "will suspend its (legitimate scaling back steps) compliance with the deal's terms if) US sanctions are lifted and this is verified."

"We will reconvene in Vienna next week. Substantial work ahead…to bring #JCPOA back to life."

An EU statement said the following:

"Under the terms of the JCPOA, the Joint Commission is responsible for overseeing the implementation of the agreement."

"The Joint Commission was chaired, on behalf of EU High Representative Josep Borrell, by the EEAS Deputy Secretary General Enrique Mora and was attended by representatives of China, France, Germany, Russia, the United Kingdom and Iran at the level of Deputy Foreign Ministers/Political Directors."

"In line with the joint ministerial statement of 21 December, participants (hoped for possible) US return to the JCPOA, and underlined their readiness to positively address this in a joint effort."

"Participants also emphasized their commitment to preserve the JCPOA and discussed modalities to ensure the return to its full and effective implementation."

"Participants agreed to resume this session of the Joint Commission in Vienna next week, in order to clearly identify sanctions lifting and nuclear implementation measures, including through convening meetings of the relevant expert groups."

"In this context, the coordinator will also intensify separate contacts in Vienna with all JCPOA participants and the US."

Achieving the above objectives is stymied by refusal of Biden regime hardliners to lift all illegally imposed sanctions since 2017, along with returning to JCPOA compliance as affirmed by SC Res. 2231.

"(W)e don't have any announcements to make at this time as far as US representation or personnel at the talks in Vienna," adding:

"(I)ssues that will be discussed are nuclear steps that Iran would need to take in order to return to compliance with the terms of the JCPOA."

The above remarks suggest no change in unacceptable Biden regime demands.

Since affirmed by the Security Council on January 16, 2016, Iran has been and continues to be in full compliance with JCPOA provisions.

The Obama/Biden regime breached them straightaway, as explained above.

The same goes for their successor regimes.

Since replacing Trump on January 20, Biden/Harris continue to maintain maximum pressure on Iran by refusing to lift illegally imposed sanctions.

Nor have they taken any steps to return to the JCPOA as affirmed by SC Res. 2231.

Like their predecessors, they wrongfully blame Iran for their own noncompliance — along with falsely accusing its ruling authorities of things they had nothing to do with.

Rogue state USA is an international outlaw — waging endless wars on humanity by hot and/or other means at home and abroad.

In stark contrast, Iran's word in dealings with other nations is its bond.

On all things related to international law, it's in full compliance.

The US and its imperial partners operate by their own rules — the rule of law long ago abandoned by their ruling regimes.

"Today, the Joint Commission had an online session."

"An offline meeting of political directors will be held in the offline format on April 6."

"The Americans will not be present at the meeting because they are not participants in the JCPOA."

"They are yet to resume the implementation of their commitments and after that the issue of their return to the nuclear deal and resumption of their status of a JCPOA participant will be looked at."

"The Iranians are not ready to speak with the Americans directly."

Nor are direct contacts likely unless Biden regime hardliners agree to lift illegally imposed sanctions on Iran and fulfill their JCPOA obligations.

"There is no need" to negotiate what's already been negotiated and agreed on by JCPOA signatories.

"The US can return to the agreement and end lawbreaking just in the way that it pulled out of it and imposed illegal sanctions against Iran."

The prospect of doing the right thing by the Biden regime in dealings with Iran by fulfilling its international obligations and halting its war by other means on the Islamic Republic is virtually nil!

Since its liberating 1979 revolution, the US never dealt with Iran in good faith — nor is a change of its hostile agenda likely ahead.