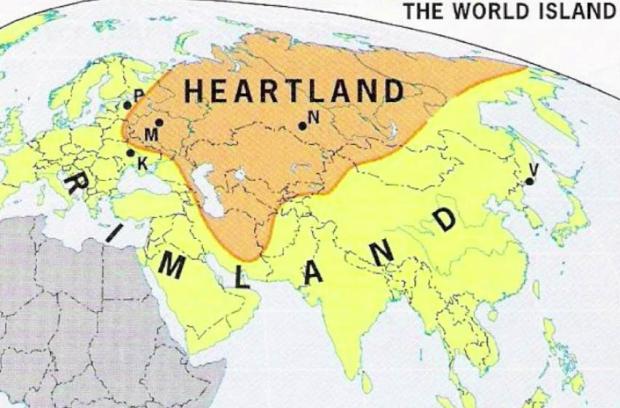 Biden regime hardliners are pushing the envelope for war along Russia's border — an act of madness that risks direct confrontation with nonbelligerent Russia.

It'll defend its security and citizens, including Russian nationals in Donbass if attacked by Ukrainian proxies for US imperial interests.

If Kiev attacks Donbass, "(e)verything depends on what the scale of fighting will be."

If there's risk of large-scale casualties, "we will be forced to stand up for ourselves" — to defend Russian nationals in harm's way.

US-orchestrated intermittent war has been ongoing since the Obama/Biden regime replaced democratic governance in Ukraine with Nazi-infested fascist tyranny over seven years ago.

He and Biden regime hardliners are pushing the envelope for possible direct confrontation with Russia.

According to unconfirmed reports, the US war department may deploy more warships to Black Sea waters close to Russia's territory.

If ordered, it'll be a provocative action — on the phony pretext of "sending a…message to Moscow that (Biden regime hardliners are) closely watching."

If Russian forces were mobilized along US northern or southern borders — or in Gulf of Mexico waters or off its east and/or West coast, hardliners in Washington would consider the action a casus belli.

The Biden regime will "hold Moscow to account (for) malign activity" that doesn't exist — how the US and its imperial partners operate, not Moscow or other nations unwilling to sell their soul to a higher power in Washington.

Escalated US sanctions war on Russia looms, the Kremlin to respond appropriately at a time and way of its choosing.

Inventing its own fabricated reality, Fox News falsely claimed that "Putin was reportedly so angered" by Biden — or his impersonator — calling him a "killer" that he "moved 28,000 Russian troops to the border with Ukraine (sic)."

According to Reuters, German Chancellor Merkel "demanded that (Putin) deescalate the situation (sic)" along Russia's border with Donbass.

According to a Kremlin readout of their phone conversation, "Putin noted provocative actions by Kiev which is deliberately inflaming the situation along the line of contact."

"The West must be ready to respond (sic)."

Other Russophobic reports falsely accused Moscow of heightening tensions along its border with Ukraine (sic).

A Biden regime statement said it's engaged in discussions with NATO partners on heightened tensions along Russia's border with Ukraine, adding:

The US "is increasingly concerned by recent escalating Russian aggression in eastern Ukraine (sic), including Russian troop movements on Ukraine's border (sic)."

Aggression is a US, NATO, Israeli specialty, not how the Russian Federation operates — waging peace and stability, abhorring conflict, engaged in efforts to halt US-orchestrated aggression by its proxy Kiev forces against Donbass.

They'll "stay there for as long as our military leadership and supreme commander consider it appropriate."

Hardline US extremists pretend otherwise — ignoring longstanding war on humanity by both right wings of Washington's war party, including domestically against ordinary Americans.

The US poses an unprecedented threat to world peace and stability.

Heightened tensions and escalated conflict by US-controlled Kiev conscripts against Donbass along Russia's border represents perhaps the most serious potential face-off between the world's leading nuclear powers since the 1962 missiles of October.

US leadership then was starkly different than hardliners in Washington today.

After the 1962 Cuban missile crisis was diplomatically resolved, Jack Kennedy said he "never had the slightest intention of" attacking or invading Cuba.

They're far more extremist and recklessly dangerous than the "inauthentic opposition" — how the late political theorist Sheldon Wolin once called undemocratic Dems.

The party is infested with Russophobic neoliberal hawks.

Their recklessness heightens the risk of direct confrontation with Russia and other nations free from US control — by accident or intent.

Fascist Ukraine: A Hostile US Military Base Along Russia's Borders