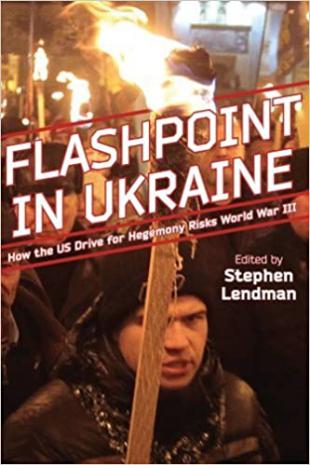 All the news that's fit to print is banned in NYT editions — state-approved reinvented reality featured instead.

Since the Obama/Biden regime installed Nazism in Ukraine over seven years ago, US-orchestrated intermittent war raged against Donbass by puppet regime conscripts.

Ukrainian fighters violated the Additional Measures to Strengthen the Ceasefire 36 times over the past week."

Last July, Additional Measures to Strengthen the Ceasefire were signed at a Contact Group meeting — to reinforce and control the indefinite ceasefire in effect since July 21, 2019.

Attempts to resolve years of conflict since 2014 by Russia, the DPR and  LPR (Lugansk) People's Republic failed because US-controlled Ukraine wants endless war, not restoration of peace and stability.

Since US-orchestrated aggression by Kiev forces on Donbass began escalating in February, the NYT and other establishment media falsely blamed Russian forces for crimes of war, against humanity, and related rule of law breaches by Ukrainian conscripts.

On Friday, the Times turned truth on its head by falsely claiming that Russian forces in their own territory threaten Ukraine.

So-called Donbass (DPR and LPR) separatists refuse to live under the scourge of US-installed fascist tyranny — nor should any one.

On all things Russia — and other nations free from US control — the Times and other establishment media invent their own falsified reality, based on state-supplied talking points.

No Russian buildup in its own territory threatens cross-border attacks.

No Russian US election meddling or cyberattacks occurred — what Washington and its imperial allies repeatedly inflict on targeted nations, along with endless wars by hot and/or other means, the highest of high crimes on nonbelligerent states threatening no one.

No annexation of Crimea occurred, no Russian disinformation — a longstanding Times speciality.

A litany of bald-faced Big Lies defines all its reports on Russia and other independent nations, hard truths suppressed.

The US is frustrated because for over a century, Russia remains proudly independent of US imperial control.

Except for the aberrational 1990s, Russia hasn't and isn't about to roll over for any foreign power, clearly not imperial USA — at war on humanity at home and abroad.

Moscow aims to restore peace and stability to Europe's heartland — polar opposite US rage for endless wars worldwide.

Russia isn't pressuring Ukraine or any other countries.

In stark contrast, the US pressures, bullies, bribes and smashes other nations into compliance with its hegemonic will.

What works at times against some easy-to-roll-over weak nations fails against Russia, China, Iran and other sovereign states that won't sell their soul to a higher power anywhere outside their borders.

The Times and other establishment media long ago abandoned journalism as it should be — operating instead as a collective mouthpiece for wealth, power and privilege.

Lies, Big Lies, mass deception, and state-approved propaganda is what they do, truth and full disclosure banished on issues mattering most.

Putin fooled the world: he assembled an inflatable army to scare his enemies