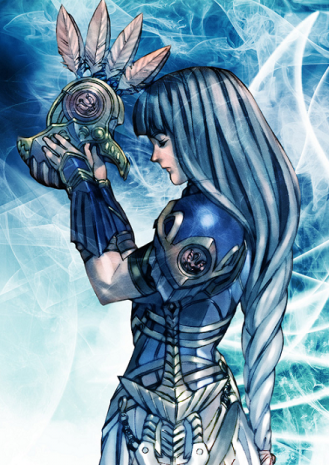 Imagine living in an upside-down world where half the children at the school your child attends decide they're born in the wrong body. At lunch these children head to the school clinic, where after a quick visit with the attending doctor, they order cross-sex hormones without the knowledge or consent of their parents. After school, they talk enviously about 13-year-old classmates whose post-mastectomy photos they saw on YouTube. They can't wait to "change gender," an odd turn of phrase given that the photos make it clear that all the assorted surgeries do is chop healthy children into sterilized Ken dolls. And if you don't agree to the surgeries? If, God forbid, you still insist on calling them by the name and pronoun they've had since birth? They'll call CPS on you, or if you live in Canada, you'll be sent to jail for 6 months and fined $30,000 for "family violence." And if your state bans these drugs and surgeries in children? Chelsea Manning has volunteered to smuggle Russian-made testosterone to your daughters. Not your sons -- they've got estrogen for them.

That's the world we live in now.

How in God's name did we get here? There are many answers.

-a mental-health crisis among teens, largely created by the smartphone

-science has been deeply undermined in America

-the middle class, whose children comprise a disproportionate number of the trans-identified, have the money to feed the always-hungry plastic surgeons. (That is, they find the money after being told their child will commit suicide if they don't.)

According to DSM-V, gender dysphoria such as trans identification is not a sexual identity, but a mental illness. Only a decade ago, it was one that belonged to 0.01% of the population, and it was almost exclusively a male problem. Before 2012, there was no scientific literature on girls under the age of 21 ever having gender dysphoria. Now girls make up the majority of the staggering increase -- the Tavistock Gender Clinic in the U.K. has seen a greater than 5,000% increase in less than 10 years. The U.S. has seen similiar numbers, though spread out into an ever-expanding number of clinics.

It may or may not be a coincidence that during this same time period, Precocious Puberty (a condition in which girls hit puberty before the age of 8 and boys do so before the age of 9) has also become more common. The cause has yet to be determined, though it is likely due to chemicals in the water and food. (Perhaps different chemicals than those causing the worldwide dive in testosterone and male fertility.) One hundred years ago, puberty before age 16 was more the exception than the rule. Like many things, the age of precocious puberty has been re-defined. Is it too much to speculate that our bodies know when they are supposed to mature, and when that happens too early, we might feel that we don't really belong in these bodies?

At any rate, Trans Identification has become big business. The Transgender Medical-Industrial Complex now receives more than $424 million in funding every year. According to the Feb. 2018 issue of 'The Federalist,' donors include George Soros, Warren and Peter Buffet, Jennifer Pritzker (trans woman and Hyatt heir worth $29 billion), Tim Gill, Drummond Pike, Martine Rothblatt, and the U.S. government.

Other supporters of trans identification for children include Janssen Therapeutics, Johnson and Johnson, Pfizer, Boehringer-Ingleheim Pharmaceuticals, Abbott, and Bristol-Meyers Squibb. Big tech supporters include Amazon, Google, Microsoft, Dell, Intel, IBM, Apple, Yelp, PayPal, and dozens of smaller companies. You can expect a serious lack of objective reporting on this subject from NBC, MSNBC, Time, CBS, ABC, and CNN. Breitbart and Fox News, on the other hand, are refreshingly plain-spoken, as are a large number of the foreign press.

But none of this really explains how a mental illness has suddenly become so popular that half the kids in the freshman class of certain Ivy League Colleges claim to have it. Sure, they're constantly exposed to that post-modern nonsense where feelings trump facts. But apparently they don't laugh it off when they leave the classroom. Why not?

Well, who doesn't want to believe that reality will conform to their emotional need? Why can't we triumph against all odds including reality, the way it happens in fantasy novels? Unfortunately the liberal left and Social Justice Warriors are the darlings of the teacher's unions, so there will not be any critical thinking about such angsty questions in their classroom.Instead of living in a world where people are judged by the content of their character rather than the color of their skin, we live in a world where lonely white children become popular when they identify with a minority group.

The lockdowns have made these kids lonelier than ever, so they go online to YouTube, Tumblr, DeviantArt, and TikTok. This is the world of popular online trans gurus, people like 28-year-old Chase Ross, a female-to-male trans who has 166,000 subscribers to his signature blend of humor, confession, and advice on all things trans. He gives away breast binders, reviews trans sex toys, and honestly believes he's helping teens.

A smartphone means you don't have to meet people face to face to have the madness of crowds with you all the time. Unfortunately, neither madness nor fads are the exclusive domain of the young. Though lately it seems that more people than ever have become magpies chasing the shiny new gadget, crazy medical fads have been with us for a long time.

When Marie and Pierre Curie discovered radium in 1902, the purveyors of snake oil began marketing radium-infused water and cosmetics (for a lovely inner glow) along with radium toothpaste and even radium chocolate. Despte Marie Curie's death from cancer, it still took more years than you might imagine before scientists realized that the same thing would happen to those who drank this radioactive substance or slathered it on their skin. In the 19th century, Heroin Cough Syrup became popular, so much so that in the 1890s, Bayer Pharmaceuticals added aspirin to it and branded this new product as a cough and cold remedy for children. No one knows how many children died from this treatment; it was finally taken off the market in 1924. Then the frontal lobotomy became popular in the 1930s. At its peak in 1949, when Dr. Egan Moniz won the Nobel Prize for its invention, 5,000 people a year had this horrific procedure performed on them, including children as young as four years old.

Unlike these other fads, Transgender Ideology contains psychological techniques that bear striking parallels to a cult. These incude: Target the vulnerable as potential recruits; draw the recruit in and promise them love, joy, and meaning; require the renunciation of loved ones; create terminology that others don't understand; zero tolerance of criticism; the ruthless casting out of anyone who appears even slightly non-conforming. Lots of irony here, given the claim to be gender non-conforming.

Once upon a time, the word "gender" belonged solely to the field of linguistics. But thanks to the absurdities of academia, the word has matastasized into a collection of rigid stereotypes of human behaviour. Those of us who grew up in the sixties know that such statements as "only boys are good at math" and "girls like the color pink" are ridiculous. Unfortunately, today's kids don't know that, and the culture they are exposed to daily -- from public school to counselers to the internet -- is constantly browbeating them into believing this nonsense.

If the child doesn't conform to the stereotypes, then the gender authorities solemnly assert that this means the child is transgender. Oh, and if the child is sad, lonely, has ADHD, is autistic, or has any other reason to feel like she or he doesn't fit in at school? Yes, according to "experts" such as the Los Angeles Gender Center, which exhibits helpful posters on this subject, these too are signs of being transgender. There really seems to be no mood problem that does not lead to the conclusion that a child is "trapped in the wrong body" and in immediate need of cross-sex hormones.

This viewpoint has suddenly become entrenched in the U.S., Canada, Europe, and much of Asia. Of course, views spread pretty quickly when you can de-platform anyone who disagrees with you.

Just ask Maria Keffler, author of 'Desist, Detrans, and Detox,' which was de-platformed twice in one week, first by Amazon and then by Lulu for being "offensive." After numerous complaints, Amazon apologized and allowed the book back on its website. Another good non-fiction book that vanished, 'When Harry Became Sally,' has yet to be restored by Amazon.

Aside from a number of Republican legislators and a few brave authors, there is one vocally opposed group that has drawn a line in the sand about the medicalization of trans-identifying children, and that is the gay community itself.

It's probably more accurate to say that the gay community is at war with itself over transgender ideology. Lesbians in particular are angry that very few young women identify as lesbians now -- thanks to trans activists, lesbians are regarded as uncool, hateful, and yes, even deserving of homophobia. Lesbian bars are closing down, their magazines have disappeared, and they are relentlessly attacked by trans activists because they want to date biological women and not trans women.

Miriam Ben-Shalom is a lesbian activist who runs the Compassion Coalition on Facebook, "an international group for those fighting to ban invasive, harmful, unproven medical interventions for gender-confused children." She is right in saying that these drugs and surgeries are untested in children, and that it is inaccurate to call it "health care" when you're cutting off healthy organs. When she hears so many trans-identifying girls claim they're being bullied if they can't have surgery, Ben-Shalom says sadly, "Women are being erased." Such statements enrage trans activists, who regularly send her obscene images and death threats. She shrugs them off. As an Israeli Army veteran, online trolls don't frighten her.

Bisexual U.S. Army veteran activist Cliff Arnesen, whose Congressional testimony in 1989 and 1990; and written testimony before Senator Samm Nunn's Senate Committee -along with national GLB veterans organizations and individual GLB veterans- led to the eventual demise of "Don't Ask, Don't Tell," is in complete agreement with Ben-Shalom. He's extremely concerned about the danger of assault posed to biological women and girls now that women's shelters, women's prisons, girls' bathrooms, and girls' sports are being invaded by males who claim to be women. A lifelong Democrat, Arnesen told me he agrees with the Republicans on this issue. "I know I will lose friends over this," he said. "But I don't care, because my concern lies with these kids. What happened to common sense?"

It's a great question. I wish I could answer it.

In Part II of this series, I'll cover the drugs, the surgeries, the regret, and some tactics to help a trans-identified child call a truce with their birth sex.

WHY LITTLE BOYS WANT TO BE GIRLS ...BECAUSE THEY ARE!