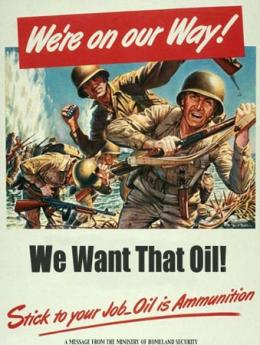 On January 10, Swiss-based Manas Petroleum Corporation broke the news. Gustavson Associates LLC's Resource Evaluation identified large prospects of oil and gas reserves in Albania, close to Kosovo. They're in areas called blocks A, B, C, D and E, encompassing about 780,000 acres along the northwest to southeast "trending (geological) fold belt of northwestern Albania."

In its statement, Gustavson reported: "The probability of success for a wildcat well in a structurally complex area such as this is relatively high (because) it is in a structurally favorable area (and) proven hydrocarbon source and analogous production exists only 20 to 30 kilometers away."

Currently, the Balkans region has small proved oil reserves of about 345 million barrels, of which an estimated 198 million barrels are in Albania. Proved natural gas reserves are much larger at around 2.7 trillion cubic feet.

In December 2007, Albania's Council of Ministers allowed DWM Petroleum, AG, a Manas subsidiary, to assist in the exploration, development and production of Albania's oil and gas reserves in conjunction with the government's Agency of Natural Resources.

This development further underscores Kosovo's importance and the cost that's meant for Serbia. Since the 1999 US-led NATO war, it's been all downhill for the nation, the region and its people:

--Kosovo is part of Serbia; at least it was; since 1999 it's been a Washington-NATO occupied colony stripped of its sovereignty in violation of international law;

-- it's been run by three successive US-installed puppet Prime Ministers with known ties to organized crime and drugs trafficking;

-- it's the home of one of America's largest military bases in the world, Camp Bondsteel; the province/country is more a US military base than a legitimate political entity;

-- its part of Washington's regional strategic objective to control and transport Central Asia's vast oil and gas reserves to selected markets, primarily in the West;

-- on February 17 during a special parliamentary session, Kosovo unilaterally declared its independence; the action violates international law; Kosovo is as much part of Serbia as Illinois is one of America's 50 states; to no surprise, Washington and dominant western countries support it; opposed are Serbia, Russia, Spain, Greece, Portugal, Slovakia, Malta, Bulgaria, Romania and Cyprus;

-- might makes right; the issue is a fait accompli; the February 17 declaration ignores EU division pitting one-third of its 27 members in opposition; and

-- unilateral western-supported independence mocks the 1999 UN Security Council Resolution 1244; it only permits Kosovo's self-government as a Serbian province; the resolution recognizes the "sovereignty and territorial integrity of the Federal Republic of Yugoslavia;" only a new UN resolution in compliance with international law can change that legally; nonetheless, it happened anyway on another historic day of infamy when Washington again trashed international law and the rules and norms of civil society.

Also visit his blog site at sjlendman.blogspot.com and listen to The Global Research News Hour on RepublicBroadcasting.org Mondays from 11AM to 1PM US Central time for cutting-edge discussion of world and national topics with distinguished guests.