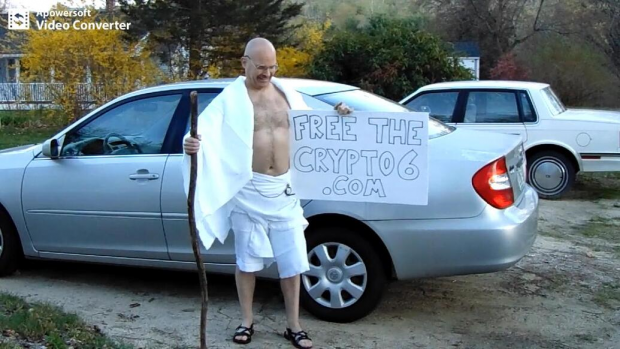 In March of 1930, Mohandas Gandhi sent a letter to the British viceroy of India, listing a series of grievances, advocating for Indian secession and essentially promising to march across much of the continent in defiance of a hated salt tax.  Before discussing my own concerns and plans to disobey your government along similar lines, let us first examine the many areas of agreement and unity, which most of New Hampshire's small but significant "independence faction" shares with your superpower.

We both oppose threats and acts of physical violence against government workers in the U.S. We share opposition toward all foreign actors who would physically harm Americans or interfere with the sovereignty and legitimate interests of the American people.  We both want Americans to prosper. From the end of our previous civil disobedience campaigns around 2012...through the early part of 2021, we both generally supported a live-and-let-live disposition toward one another; NH libertarianists and central government operatives largely went about their own projects in relative, mutual tolerance. Most importantly, we surely both worry about a simple fact: The Federal system came with a flaw that threatens every Federal worker, not just every American.  Its laws and edicts are relatively easy to create, difficult to repeal and do not automatically expire.  They last for centuries and build up like plaque; no individual able to stop them. Its servants are not evil.  But it is systemically incapable of shrinking, and the list of mostly-harmless things both you and I are forbidden from doing has grown to at least 200,000 pages.  This systematically threatens each of you as individuals; ask any VA victim.  It proceeds even as some of you take advantage of the burgeoning restrictions to target your opponents in government...or in the wider community.

Our long and mutually beneficial detente ended on 3/16/2021, a date that now lives in dishonor.  On that day this year, your government attacked many of New Hampshire's best Bitcoin activists and businesses. It led a SWAT raid against the largest libertarian talk show in the known universe. Best estimates indicate it shut down four square blocks of residential Keene, New Hampshire...curtailing the movements of bystanders and apparently forcing a young lady to walk in shoes filled with broken glass. On the same day, your operatives seized many Bitcoin machines from struggling New Hampshire businesses, accosted roughly 15 locations statewide and arrested six New Hampshirites. They physically assaulted a videographer attempting to film one of the arrests and largely prevented him from doing so.  Enforcers disconnected security cameras which reportedly were filming them and had recorded the first moments of the raid.  This part of our video has apparently been confiscated by agents. When detainees appeared before a magistrate, all non-government viewers of the proceedings were prohibited from audio or video recording.   Two remain in concrete boxes under false claims that they are insufficiently tied to New Hampshire...a region which they consider their nation and are practically married to.  None of the arrestees has been credibly accused of harming others.  Washington listed a resident's gun possession as justification for the heavy-handed forced entry and drone deployment at Keene. But lawful gun owners are profoundly common here, and according to

FBI spokeswoman Kristen Setera declared there is no threat to public safety.

Escalations of this type indicate a Venezuelan-style slide into currency-fascism and a repudiation of New Hampshire's traditional status as the state where Federal winds blow most benignly.  They demand a textbook civil-disobedient response.

On Sunday, May 9, (in the absence of preventative disaster such as illness or arrest) I will accoutrement an historically accurate Gandhi costume and appear near the Mighty Moose Mart.  This is the site of your victimless crime raid in eastern Keene. There, alone if necessary or with such allies as I can inspire, I will commence a 24-day foot voyage around the state.  This will imitate the Mahatma's illegal "salt march" opposing British rule.  During the endeavor I will pick up litter and collect the peoples' grievances against Washington.  I will walk a copy to your main compound at Concord.  There on June 2, if still free and able, I will enter Federal property, attempt to pick up litter and attempt to distribute these tragic handbills.  This violates Federal speech-prevention edict §102-74.415, as it absolutely should be violated.  I do not plan to enter the buildings or encourage others to enter the buildings. I do plan to try and inform you if that changes.

This harmless Forbidden Act and the planned march preceding it, are meant to achieve many small objectives. But these are the ones of obvious relevance to you:

1) Create a suspicion in Federal circles, if it doesn't already exist, that 3/16 was at least partially a mistake.  That it created something unintended, regardless of what happens in court.

2) Establish, through this sacrifice, enough unofficial authority within the NH freedom and independence movements to completely enforce nonviolent discipline within it, even as you escalate:

3) Inspire two or more public defections by 2022.  We ask you who serve the Feds in New Hampshire...to quit your taxpayer-funded jobs and join the NH liberty movement, as Officers Jardis and Tann have done at the local level here.  Federal Officer Craig has already joined it and attained state office, but was (to your credit) never forced to quit.

Like Robert Duvall in the Lucasfilm "THX-1138," each of you builds the pieces of an authority you cannot serve in good conscience, cannot safely live under and which will likely expand to consume you. The grotesque system will surely strike me down first, perhaps very soon, perhaps attempting the ancient Balkan game of deniability or invisibility.   It may prove itself harsher than the cruel men who let Gandhi's 1930 march proceed. But it is within your power as individuals to support my action, aimed not just at protecting the weak...but ultimately at protecting *you.*