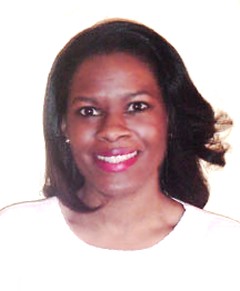 I received a note from a couple whom I won't disclose since I have not got their permission of the following:
Sherry Jackson was taken into custody on Feb. 14th.  All her motions for new trial, and the perjury of the witnesses in her trial were DENIED!  She was sentenced to 4 years, just trying to speak the truth about the illegality of the income tax, for the benefit of all of us.

I know everyone is terribly stretched financially with our diving economy, and supporting Ron Paul, etc., but if at all possible, send donations [preferably postal money order] to her husband, Colin Jackson at:

1560 Fieldgreen Overlook
Stone Mountain, Georgia, 30088
---------------
The I.R.S. is the largest terrorist organization operating within the shores of this nation.
It is a brave person who does not pay their demanded tribute to the government.
It is a brave and foolish person who overtly challenges this robbery.  Sherry Jackson was one of these terrorists who came to question the legality of what she was doing and then put herself on the line in opposing the brutal shakedown of the American public by their government.
The consequences were all too obvious.  The government may or may not ignore those who don't pay their taxes, but the government can hardly ignore anyone who openly challenges their authority to collect taxes.  That person must be made example of and quickly.
Sherry Jackson has had her world turned upside down opposing the state.  Friends who have been imprisoned have told me the scariest times will be her first three months or so of incarceration  before she realizes she is going to survive this and emerge no longer afraid.
I know some of the Freedom's Phoenix readers can help even though I know we all pay our taxes, we do so out of fear and not because we think our looted earnings go to some noble cause.  Occasionally you get an opportunity to help someone who stands up to the beast.
Special note: I know we also have readers in Florida and we will keep you apprised as to what you can do to help make her imprisonment easier if she gets sent to your state. 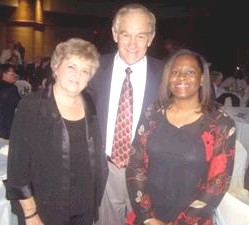