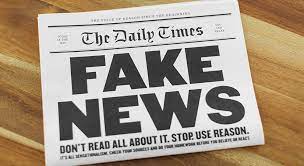 Virtually all nations vilified by both wings of the US war party and their press agent media are good neighbors.

They respect the sovereignty and territorial integrity of other countries, according to the rule of law.

Left unexplained is that China, Russia, Iran, North Korea, Cuba, Venezuela, and other nations from US control prioritize peace over perpetual wars on invented enemies — how hegemon USA operated throughout most of the post-WW II period.

Iran notably hasn't attacked another country in centuries. It threatens none now — except in self-defense against aggression, its UN Charter Right.

Former US official Elliot Abrams remains free from prosecution for numerous war crimes in multiple theaters since the 1980s.

Established in 1997, he was a Project for the New American Century (PNAC) signatory.

Comprised of neocon extremists like himself, it openly advocated for US global dominance by brute force if lesser tactics failed to achieve its hegemonic aims.

Many of its members like Abrams held high-level positions in Washington —promoting endless wars on invented enemies, rejecting peace, stability and the rule of law.

On May 5, Abrams turned truth on its head with the following remarks, saying:

No Iranian nuclear weapons existed earlier, none now, no intention to develop what its ruling authorities want eliminated everywhere.

What Abrams knows, he conceals, along with ignoring nuclear armed and dangerous Israel — maintaining an arsenal of these weapons for over half a century.

Phony claims about an Iranian nuclear weapons program — including by Israel's Netanyahu — were long ago debunked.

As for Abrams, he lost credibility multiple times over — including after being indicted for lying to Congress.

Once a liar, always one. He pled guilty to two lesser offenses of withholding information from Congress to avoid a trial, possible conviction and imprisonment.

On Christmas night 1992, GHW Bush pardoned him and other Iran-Contra defendants – their high crimes forgiven, not forgotten.

Most recently, he repeated his crime spree as Trump's special representative for regime change in Venezuela and Iran — failing on both counts.

He lied claiming Iran "seek(s) technology in Europe that it needs to develop weapons of mass destruction (sic)."

He lied saying that Iran "was turning to Europe in its quest for weapons of mass destruction."

He lied accusing Iran "of carrying out industrial espionage aimed at products that could be used to make nuclear weapons."

He lied claiming "Iran continues actively to seek the elements it needs to build nuclear weapons."

Virtually everything he said about Iran in his propaganda piece was a bald-faced Big Lie.

Abrams long ago proved he's a serial liar, a figure who can never be trusted.

Like other current and former US hardline officials, he's militantly hostile toward all nations free from its imperial control.

Separately on Thursday, Press TV reported that the Biden regime and subservient E3 countries made unacceptable new demands on Iran it rejects.

They insist that Tehran destroy its legitimate "new-generation (IR-4, IR-6 and IR-9) centrifuges in return for a temporary suspension of some of the sanctions related to the" JCPOA.

Not only won't Iran agree to unacceptable US-led Western demands, if their ruling regimes insist on them, the JCPOA may unravel altogether.

Unacceptable demands reflect typical US duplicity, colonized EU countries going along with what no responsible governments would accept.

Their demands are unreasonable in return for promises made to be broken like virtually always before.

Hardliners running his geopolitical agenda have no intention of negotiating in good faith with any countries free from US control.

In 2018, after Trump's unlawful JCPOA pullout, I asked: Is the JCPOA Doomed?

At the time, I said that preserving the landmark agreement depends on all its signatories — including the US — fulfill their mandated obligations, what clearly hasn't happened.

Last year, earlier this year, and after Vienna talks began, I asked the same question.

The US and E3 flagrantly breached international law by failing to comply with JCPOA provisions.

As long as this continues, the landmark nuclear deal indeed is doomed.

To date, talks in Vienna achieved nothing positive.

Iran justifiably demands that all illegally imposed sanctions since 2016 be lifted.

At most, Biden regime hardliners may selectively rescind some, not all.

At the same time, they unilaterally reserve the right to impose new illegal sanctions at their discretion.

As long as this policy remains hard-wired, there's no chance to save the JCPOA.

While nothing is certain ahead, that's the most likely outcome.

When claims of progress in Vienna talks are made, they're more illusory than real.

Whenever the US negotiates on any issues — directly or in the wings as in Vienna — it can never be trusted because whatever it may sign onto most likely will unravel ahead because of its noncompliance or abandonment of what was agreed on.

That's why good faith diplomatic outreach by nations like Iran with the US most likely become exercises in futility.

Chances to save the JCPOA are slim at best.

Most likely it'll unravel entirely ahead because of unacceptable US/Western demands and refusal to fulfill their obligations.

On Thursday, Axios reported that the Biden regime (meaning E3 countries as well) remain far apart (at a) critical stage" of talks.

It's likely related at least in part to what's covered above.

Axios cited an unnamed Biden regime official saying the US is preparing for a breakdown in talks, adding:

"If that happens, (its hardliners) will do everything to make sure Iran doesn't have a nuclear weapon" — what it doesn't seek.

The above remark is an ominous sign of what may lie ahead.

Based on lack of good faith toward Iran by Biden's geopolitical team, it's clear that its hardliners never intended to return to the JCPOA as affirmed by Sec. Council Res. 2231.

Their lack of good faith strongly suggests that the landmark agreement will unravel altogether in the days or weeks ahead.

Is that what they planned all along without publicly admitting it?