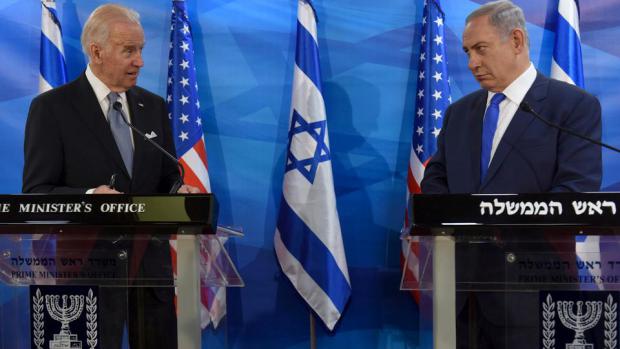 On all things related to Israel and Occupied Palestine, the US consistently supports the worst of Israeli high crimes of war, against humanity and other atrocities.

At Psaki's White House press briefing days earlier, she expressed one-sided Biden regime support for "Israel's security (sic), for its legitimate right to defend itself and its people (sic)" — at a time when its only threats are invented.

No real ones exist, Psaki adding:

"We condemn ongoing rocket attacks by Hamas and other terrorist groups (sic), including against Jerusalem (sic)."

State terror is longstanding Israeli policy. It's not how Hamas and other Palestinians operate.

According to the Biden regime, it's OK for Israel to terror-bomb Gaza, shell the Strip, invade its territory, wage preemptive full-scale war on its people, and commit mass slaughter and destruction — as it's done three times before since December 2008.

But it's not OK for Gazans or other Palestinians in the Occupied Territories to defend themselves from the highest of Israeli high crimes.

Throughout Israeli history, the US and West never gave a damn about Palestinian rights — pretense only.

It shows by condemning the right of self-defense by Gazans against Israeli aggression and failure to hold Israel accountable for terrorizing Palestinians throughout the Territories.

Psaki lied claiming that the Biden regime is doing "everything we can in coordination with our international partners to put an end to a cycle of escalation and a cycle of violence (sic)."

Since the current cycle of Israeli violence began in mid-April — greatly escalated by storming of the Al-Aqsa Mosque by its security forces, violently attacking defenseless worshipers, and terror-bombing Gaza — the US and West did nothing to halt the ongoing carnage.

Just the opposite. Their ruling regimes one-sidedly support Israeli apartheid ruthlessness, while showing contempt for fundamental Palestinian rights — falsely blaming them for Israeli crimes against them.

Netanyahu and hardliners surrounding him have final say on all things warmaking and state terror.

At risk of losing power, he needs a way to retain it — a fifth election since 2019 one of his options.

He also needs Lapid and Bennett to fall short of cobbling together a Knesset majority to form a new government.

At the same time, he needs greater public support than gotten in four elections since 2019.

Inventing a nonexistent Palestinian threat — in East Jerusalem and especially from Gaza — as a pretext for preemptive war is a way of changing the dynamic in his favor if things go as he plans.

Unexpectedly on Thursday, things shifted in his favor.

Bennett ruled out formation of a new government with Lapid while war on Palestinians continues throughout the Territories.

Instead, he renewed talks with Netanyahu on forming a new government with Likud.

According to Israeli media, he and Lapid were well along toward agreeing on coalition rule with the Islamist Ra'am party — to replace Netanyahu.

After Ra'am's leadership pulled out of talks in response to Israeli aggression, Bennett reportedly decided against formation of a new government with an Arab partner.

Citing security as a top priority, his focus shifted to formation of a "broad national unity government" — hostile to all things Occupied Palestine.

It's another way for Netanyahu to break the political deadlock and retain power.

Reportedly as part of the deal, Bennett and Ayelet ("little snakes") Shaked —what she earlier called children of Palestinian mothers — they'd get key portfolios as part of a ruling coalition with Likud.

Reportedly, she was offered the foreign ministry portfolio to change her mind.

At the same time, Netanyahu seeks control of Israel's justice ministry as a way to achieve exoneration of multiple corruption charges against him — hard evidence proving them.

At this time, it's unclear whether Netanyahu's plan to retain power will work.

In response to Bennett's changed position, Lapid vowed to continue trying to cobble together a majority Knesset government, saying:

"Bennett is wrong. I will continue turning over every stone to form a government," adding:

"Change isn't done when it's convenient. It's done when the path is the right one (sic)."

"I will keep working to form a government, and if needed, we will go to more elections and win."

According to Ra'am party leader Mansour Abbas, "(t)his is not the time" for talks to establish a new government" while war on Occupied Palestine continues, adding:

He's focusing on crisis conditions. "(A)fterwards we can talk politics."

He made "no political contacts at this time."

While nothing is certain at this time, his diabolical scheme to retain power may work — at the expense of mass slaughter and destruction in Gaza.