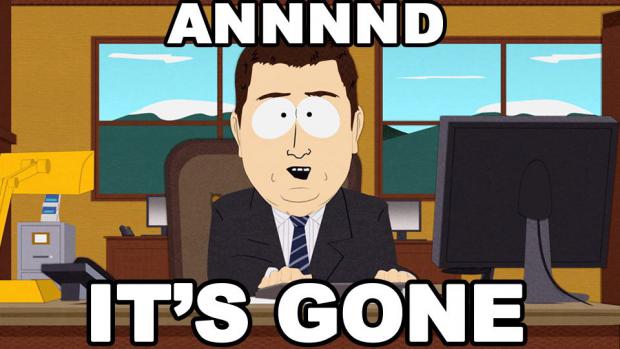 I'm not secret about my Crypto experiences. I consider it a service to our readers and audience. A few years ago when crypto shot up (Bitcoin from $5000 to $20,000) it became obvious that the infrastructure was not ready to serve the demands of the Free Market in currencies. Transactions were slow and expensive and "Customer Service" in the crypto world is near non-existent. So it is by Reputation and customer experiences that we make decisions... just the way i like it!

So here's my experience today.

Several of the cryptos that I manage on my phone is done by the Edge Wallet (formerly AirBitz and has not had a critical problem over the years other than connectivity at times). Years ago, for whatever alt coin need I had, I loaded Coinomi Wallet.

My Coinomi Wallet has as an Exchange Option "Changelly" integrated into the wallet.

Months ago some friends and I got a couple hundred dollars of Doge for grins and giggles and for the middle finger it represented to The Man. We've known the origin story for DOGE for years and know it to be in need of work... or not. But we are very pleased with the return and the rising value is certainly welcome. But then something happened.

Elon Musk's participation gave it the attention that prompted our getting a bit but really didn't care... but the gain are still mine mine mine... right?

Then the news comes out that Tesla is not accepting Bitcoin anymore due to energy consumption. His announced solution is his support for the Proof of Stake model for DOGE. Well....

Checking my Coinomi Wallet for other ShitCoins I'm willing to do without in exchange for more DOGE I see that I made a little bit on my TRON that did well over the last couple months when I heard that they were pumping their usefulness on NFT promises (use for Digital Properties... like digital baseball cards).

So I go to my Coinomi Wallet, then to the Changelly exchange feature in the wallet and placed an exchange order to sell my TRON in Exchange for more DOGE... POOF Gone.

TRON still there but my DOGE Wallet evaporated and it has been hours. Searching for a solution I find that this is not the first time that Changelly has had problems with DOGEcoin and other cryptos. They even go so far as to contact you to make sure that you really really wanted to buy DOGE ???

The volatility in the market is such that they can not process the transactions fast enough to keep up with the wishes of the customers... so who/what do I blame?

Coinomi continuing to have Changelly as an integrated exchange in their wallet is a start... maybe a ranking by customers or a warning or something other than a boiler plate statement that they are not responsible for anything would be of use.

I'll keep you all informed but for the transaction to Not go through And the TRON still there ANNNND my DOGE to simply disappear in the wallet is.... very sketchy at the least.

And to whom do you complain?

My crypto purchases are not the same as most. I purchase and even mine at times those that are in support of what I want to see in the future. Reliable, private, low fee, fast transactions that have security and dependability on their lists of traits. My support of these features have served me well and my support of a future crypto that doesn't need it's own Nuclear Reactor on each continent might deserve some attention... because I Want to.

During the big run up a few years ago I had a bad experience with my new Nano S and abandoned it with little on it. Then a couple months ago after a couple years of ignoring it I decided to move the remainder of anything on it. I found out that the firmware was too old to even update and that I had to "turn it in" to get a newer model to even use it... What the Shit! I had an unused Trezor to enter the SEED Words from the NanoS but the software updates needed was another pain in the ass. Hours with a Crypto Savy friend made it possible but the whole process definitely needed a "Grandma Just Button" and I doubt that 'Wide Adoption' from the masses in a Free-Market is going to compete with Central Banks promises (even though they have even larger issues to deal with).

We'll walk this through but now you know why I'm much more fond of taking profits in SILVER.
The days that are a'com'n are going to need dependable currencies THAT WORK. I'm a fan of BitcoinCash (BCH) for these reasons and several others that are privacy focused. But when They/Them/Those finally pull the trigger on what's coming we will need IMMEDIATE Access to our resources and Then we'll know what Real Money is.

Checked about 5 hours later and my TRON is still in my wallet and I got thousands more DOGE than I'm suppose to have and it shows that I got them in one transaction over 2 and a half years ago. Now I did repeat the transaction 3 times because it looked like it wasn't taking it and then my DOGE was gone while the TRON was left in the wallet. So hopefully it will eventually sort it out for me but most unsettling.

I am of the opinion that when I need access The Most is when these sorts of problems are going to be rampant. I havn't any more confidence in HardwareWallets either. The idea that you can buy and forget for years (like with Precious Metals) isn't an option in my experience with Cryptos.

I expect these evolutions but the attitude in the Crypto Space is, "Get with it old man and watch some YouTubes and join some Reddits and Forums and get your shit straight... or hire a "Crypto Consultant/Expert".

It was this very attitude in the early days of Crypto (2009-2014 For Sure) that sparked the phrase 'I need a Grandma Just Button'. I was thinking of my wife using crypto. If I could suggest a wallet that I didn't have to do everything for her and she could use it with confidence, then I'd feel a lot better about the future of Wide Adoption they always talked about needing to happen.

Then came AirBitz by Paul Puey (now the Edge Wallet). This restored my confidence in the possibility of useful Crypto. But now we are heading into DeFi (Decentralized Financial Services) and the Banks&Governement sure as shit aren't rooting for this competition.

But then here comes 'GoldmanSucksDotGovCoin' that's going to lure/force as many as possible back into a centralized solution to many of these problems that most are conditioned to worry about while the Taxing, inflation and surveillance issues matter little.

And then there was THIS

8 Founders on the Evils of Paper Money