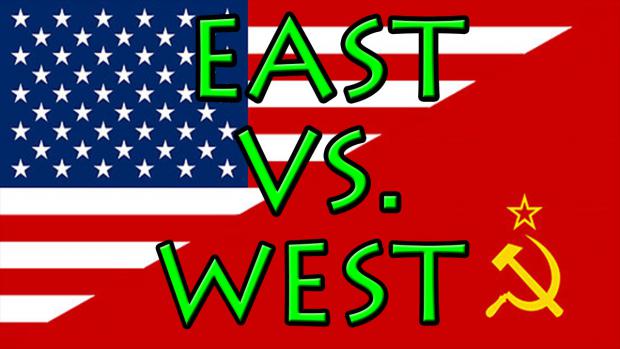 Biden regime hardliners in cahoots with their imperial partners are pushing the envelope for possible direct confrontation with Russia and China.

"The conflict potential (between East and West) is growing."

Instead of "promot(ing) world stability," the US-dominated West continues going all-out to prevent it by its hostile actions.

According to Russian Academy of Sciences' Alexander Dynkin, the US is deciding on whether it's feasible to pursue "dual containment" of Russia and China.

Since Biden replaced Trump by brazen election rigging, US relations with Russia plunged to the lowest level in decades.

Things are more likely to worsen ahead than improve.

In response to reports about boycotting next year's Beijing Winter Olympics by the Biden regime and its Western partners, China's Foreign Ministry spokesman Zhao Lijian said the following:

"As we've stressed repeatedly, politicizing sports goes against the spirit of the Olympic Charter and harms the interests of athletes of all countries and the international Olympic cause."

"All sectors of the international community, including the governments, Olympic committees of many countries and the International Olympic Committee (IOC), have expressed clear opposition to this wrongful practice."

"Relevant sides should immediately stop taking advantage of the Olympic Games to seek political manipulation and avoid standing on the opposite side of athletes and winter sports lovers across the world."

Separately, Zhao commented on Chinese anti-sanctions legislation about to be adopted by the National People's Congress.

It provides protection and legal cover for China to retaliate against illegal US-led Western sanctions on the nation, its officials and enterprises.

Because of US-led war on China by other means, its ruling authorities must do whatever it takes to uphold the nation's sovereign rights.

Anti-sanctions legislation expected to be adopted this week will let aggrieved Chinese enterprises and individuals sue for compensation in the nation's courts.

According to an internal report, US-led Western countries invented issues relating to Jinjiang and Hong Kong "as pretexts to slander and suppress China," adding:

In stark contrast to dismal East/West relations, Sino/Russian ties are stronger than ever.

China's Foreign Minister Wang Yi said "(o)ur relations (with Moscow) have no end, no taboos for strategic partnership and no caps that might restrict them."

In cahoots with Washington and the West, Canada falsely accused Russia of "aggression against Ukraine" that doesn't exist.

"In response to unlawful sanctions (by Ottawa) on Russia "on the contrived pretext of alleged persecution of Russian citizen Alexey Navalny, who was convicted for a criminal offense…the following Canadian citizens (are) prohibited (from entering) Russia for an indefinite term:

Russia welcomes officials of all nations who respect international law and sovereign rights of other countries.

War criminals and other lawbreakers are unwelcome.

In response to Vladimir Putin's announced first leg completion of Russia's Nord Stream 2 gas pipeline to Germany, the second leg to be ready in around 6 - 8 weeks despite US efforts to undermine the project, interventionist Blinken said the following:

The Biden regime will demand what he called "real steps, concrete actions" by Russia, he left unspecified, adding:

The US has "opportunities going forward to deal with those who provide insurance or other permits."

Completion of the project doesn't mean it's operational.

The Biden regime is "working on that." Calling the gas pipeline "a bad idea" is sour grapes over lost US LNG shipments to lower cost, readily available Russian natural gas for Germany and other European cooutries.

Blinken added that Washington will compensate Ukraine for lost revenue for transit through its territory, along with ensuring against nonexistent Russian use of the pipeline "as a tool of coercion (sic)."