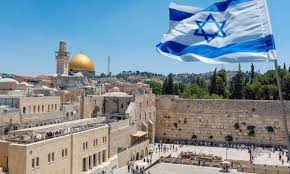 For long-suffering Palestinians, new Israeli rule will seem like the former one is still in charge.

It's Jewish state equivalence of Nazi Germany's Nuremberg Laws on all things Palestinians.

Mistreated like subhumans, they're discriminated against in virtually all aspects of their lives – their fundamental freedoms denied, their personal safety jeopardized.

It includes targeted assassinations, mass murder, enslavement, torture, arbitrary arrests, illegal imprisonments, denial of the right to life and liberty, cruel, inhuman and degrading treatment, and other abusive acts imposed on Arabs for not being Jewish.

The scourge of Zionism is state-sponsored terrorism by another name.

Throughout Israeli history, its ruling regimes have committed virtually every type crime of war and against humanity against Palestinians for not being Jewish.

Under new management after Netanyahu's 12-year reign of terror ended, dirty business as usual continues against Palestinians like always before.

OK'd by Netanyahu, it's scheduled to circumvent Damascus Gate in Occupied East Jerusalem's near — but not into — the Old City's Muslim quarter.

Reportedly it'll include a so-called flag (waving) dance at the gate's plaza.

From there, it's scheduled to head toward the Western Wall in Jerusalem's Old City.

On Monday, Hamas spokesman Abdulatif al-Qanua warned the Bennett regime that the march, if held, will be a "fuse for a new explosion for the protection of the al-Aqsa Mosque and Jerusalem," adding:

"We are calling on Palestinians in Jerusalem and within the Green Line to halt the march."

If "settler extremism" isn't curbed and inflammatory Flag March not halted, the "fragile cease-fire could explode."

Lebanese broadsheet Al-Akhbar reported that Hamas told head of Egyptian intelligence, Abbas Kamel, that its response to Tuesday's march will be "identical" to its actions in May ahead of Israeli aggression on the Strip.

Its military wing the Izz ad-Din al-Qassam Brigades said it's "closely following the provocative and aggressive actions by the usurpers and their leaders in Jerusalem and the Al-Aqsa Mosque," adding:

"We warn against harming Al-Aqsa, and salute her free defenders in Jerusalem."

Palestinian Prime Minister Mohammad Shtayyeh called the Flag March "a provocation… and an aggression against our Jerusalem and our holy sites."

The US embassy in Jerusalem reportedly prohibited its staff and families from entering the Old City on Tuesday because of possible violent clashes —initiated by Israeli pro-settlers/right-wing extremists if occur.

Scheduled to begin at 6:30 PM local time Tuesday, Palestinian protests are planned in the Occupied Territories, in response to the provocative march.

"Israeli 'flag march' will not enter the Old City of #Jerusalem.

If the route taken by pro-settler extremist marchers doesn't pass near Palestinian protesters, perhaps violent clashes will be avoided.

If both sides come in close contact with each other, racist Jews inciting violence, Hamas may again respond to defend Palestinian rights.

Fireside Chat Ep. 194 -- Do You Want to Understand the Middle East?