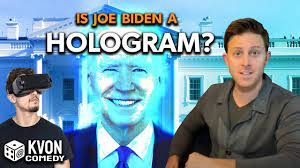 Farcical No Summit/Summit Day Arrives Between Putin and Biden's Double

That's not what Wednesday talks in Geneva are all about between Russia's preeminent world leader Vladimir Putin and a US imposter who impersonates cognitively impaired Joe Biden in public.

The Kremlin should have rejected talks certain to achieve nothing positive.

In their aftermath, Russian/US relations are highly likely to worsen, not improve — because that's what undemocratic Dems intend.

At best, Wednesday talks will be a waste of time. No chance whatever exists for improved bilateral relations.

At worst, Biden's double will have a platform on the world stage to recite or paraphrase pre-scripted Russian bashing remarks — for Russophobic Western media to feature in post-no-summit/summit reports.

When concluded later in the day, separate press conferences will follow — to avoid embarrassing gaffes by Biden's double, a figure who knows little more than what's scripted for him.

He's a faint shadow of Putin's preeminence on the world stage.

Why Russia's leader agreed to go along with the charade remains unanswered — other than by pro forma remarks.

According to Putin aide Yury Ushakov:

"The agenda, almost all topics that both the US side and we are worried about are reflected in the agreed variant."

"Naturally, this includes the state of affairs and prospects of developing Russian-US relations, main strategic stability issues, information security, and crackdown on cybercrime."

"Of course, certain unresolved issues in bilateral relations, economic cooperation, climate, the Arctic, and, naturally, countering the coronavirus will be discussed."

Strategic stability remains one of "many serious problems" because of unacceptable "US unilateral moves."

"That is why the topic of the soonest possible launch of systemic and comprehensive dialogue on strategic stability is particularly topical."

"Russia is working on the assumption that the goal of this dialogue should be the elaboration of a new security equation that takes into account all factors influencing global strategic stability."

Cybersecurity will be discussed because the Biden regime "voic(ed) absurd accusations against Russia that it condones cybercrime."

"At the same time, we have many times offered the US to restore dialogue on information security for detailed and constrictive discussion of all issues."

Biden regime hardliners rejected the offer to maintain a permanent state of US war on Russia by other means — for invented reasons.

No legitimate ones exist. It's how hegemon USA treats all nations free from its control.

According to Ushakov, the following topics are saved for "dessert:"

According to interventionist Blinken ahead of Wednesday talks:

"(I)f (nonbelligerent) Russia is going to continue to take reckless or aggressive actions against us or against any of our partners or allies (sic), we'll respond forcefully," adding:

They'll be no "a clear and definitive answer from one meeting, but it's the start of testing the proposition of whether Russia also seeks a more stable, predictable relationship or not (sic)."

Hostile remarks like the above and similar ones by Biden regime hardliners provide more evidence of the futility of good faith diplomatic outreach by Russia toward hegemon USA.

Aggression is how the US and its imperial partners operate, not Moscow.

US hostility toward the Kremlin and its leadership is all about Russia's sovereign independence — its justifiable unwillingness to bow subserviently to any foreign power.

Chances for anything positive from talks in Geneva are nil — notably because hegemon USA doesn't negotiate.

It demands that other nations bend to its will — even at the expense of their sovereign rights.

Ushakov noted that Russian/US relations "have been degrading for many years and now are in an unsatisfactory condition."

"The Russian side has many times said that it is ready to take steps to revitalize the relations together with the US."

Both right wings of its war party consistently respond nyet.

Nothing in prospect suggests a US policy change — just the opposite.

Bilateral relations are highly likely to worsen ahead, not improve.