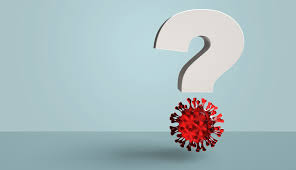 Endless repetition gets most people to believe almost anything, no matter how untrue.

A fundamental advertising principle, it's how propaganda works.

No matter how often people are willfully deceived, they're easy marks to be duped again — especially when convinced of a threat to themselves and families.

Edmund Burke stressed that "(n)o passion so effectually robs the mind of all its powers of acting and reasoning as fear."

Orwell explained that "(p)olitical language…is designed to make lies sound truthful and murder respectable, and to give an appearance of solidity to pure wind."

According to HL Mencken, "(t)he whole aim of practical politics is to keep the populace alarmed (and hence clamorous to be led to safety) by menacing it with an endless series of hobgoblins, most of them imaginary."

America's second president John Adams said "(f)ear is the foundation of most governments."

"But after all, it's the leaders of the country who determine the policy, and it's always a simple matter to drag the people along whether it's a democracy, a fascist dictatorship, or a parliament, or a communist dictatorship."

"Voice or no voice, the people can always be brought to the bidding of the leaders. That is easy."

"All you have to do is tell them they are being attacked, and denounce the pacifists for lack of patriotism, and exposing the country to greater danger."

Psychologists and political scientists know that fear is an instrument of social control.

When terrified of a threat to their lives and well-being — real or imagined — most people bow to the will of their ruling authorities even when self-inflicting harm unwittingly.

The above explains how countless millions of people in the US, West and elsewhere were manipulated to go along with harmful-to-their-health and well-being covid-related policies — especially by agreeing to be jabbed with toxic, unapproved, harmful to health, experimental drugs for protection not gotten.

Published since 1845, Scientific American (SA) claims to cover "advances in research and discovery that are changing our understanding of the world and shaping our lives."

Maybe sometimes. Clearly not on all things flu/covid.

Calling it a "more transmissible form of…surg(ing)" flu/covid that may cause "more severe disease (sic)" shows support for US/Western propaganda that's all about fear-mongering mass-jabbing refusniks to get theirs.

"It's deadlier (sic), and it's spreading quickly around the world (sic) – leaving young, (unjabbed) people more vulnerable than ever (sic)" — followed by the punchline, saying:

"Please, get (jabbed) if you haven't already."

The Biden regime, complicit Western partners, Pharma profiteers, and their media press agent want ordinary people self-inflicting harm with toxic drugs they won't go near for themselves and families.

No dangerously deadly flu/covid strain exists to "head off before it's too late."

Claims like the above are part of state-sponsored, media supported planned genocide on an unparalleled scale if enough people go along with what's essential to avoid.

Virtually everything promoted by US/Western regimes, Pharma and their media press agents on all things flu/covid since early last have been bald-faced Big Lies to inflict maximum harm on maximum numbers of people.

Most all governments lie, never before remotely as egregiously as US/Western regimes on all things covid.

"All of the variants are so similar to the original, there's no chance what-so-ever that your body will see them as anything new."

"So with that as a back drop, isn't it scary that politicians keep telling us about variants, and how we need to close borders and stop them moving around the world."

"And don't worry, because we are going to make modified vaccines that will address these new variants."

"And some of the pharmaceutical companies are actually now developing 'top-up' or variant vaccines."

"Variants are so similar to the original (strain)."

"It is impossible (that) we would need new" experimental drugs for mass-jabbing.

"I am quite furious because I have this open question. What is in these bottles of 'variant vaccines?' "

"The world's regulators have said they are so similar to (mass-jabbing drugs) already being used, but they are forgetting to tell us that they are only emergency use authorized anyway."

Commenting on fake news about the so-called Delta variant, he called its difference from the initially reported flu/covid strain no more than .003%.

In other words, it's virtually no different from other flu/covid strains.

They're all similar to each other.