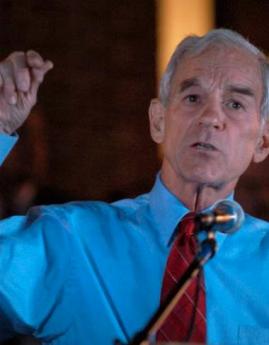 As you can see from the press release below, major Democratic donors have tried to halt the Ron Paul Revolution by attempting to shut down Dr. Murray Sabrin’s Money Bomb. Unfortunately for them, Dr. Sabrin’s campaign had a backup and their website is operational again. If you need more information please visit www.MurraySabrin.com. If there is someone you think needs to see this press release, please forward it to them ASAP.
Thank you 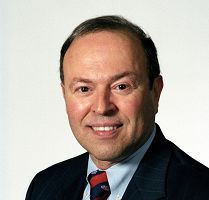 Communications Director for Sabrin for Senate, George Ajjan, stated, "There is no excuse for the sabotage and blatant violation of our contract between Sabrin for Senate and Network Solutions. We had informed Network Solutions in advance about the expected spike because of the support from Dr. Ron Paul and they assured us they would handle the anticipated increase in traffic. All we know right now is a company owned and managed by major Democratic donors shut down Dr. Murray Sabrin's U.S. Senate campaign website for no reason and refused to turn it back on!"

General Atlantic acquired Network Solutions in 2007. General Atlantic (GA) is managed by some of the largest and most active Democratic donors and officials. The Chairman of GA is Steven A. Denning who is friends with and sits on the Board of the Brookings Institute with such well known liberal activists as Haim Saban (donated $10 million to the Democratic National Committee), Lawrence Summers (former Treasury Secretary under President Clinton), Teresa Heinz (wife of Senator John Kerry), Vernon E. Jordan, Jr. (close advisor to President Clinton and the one who hired Monica Lewisnsky), and former Presidents of the World Bank Robert McNamara and James Wolfensohn. Mr. Denning also serves on the Council on Foreign Relations with former Clinton officials Carla Hills (former Trade Representative), Robert Rubin (former Treasury Secretary), Madeline Albright (former Secretary of State) and Richard Holbrooke (former US Ambassador to the United Nations) along with NBC News former anchor Tom Brokaw. Mr. Denning has donated thousands of dollars to liberal Democrats including Senator Chuck Schumer and Senator Barack Obama.

The CEO of GA is William E. Ford is friends with and sits on the Board of the New York Stock Exchange with the former Vice Chair of the Federal Reserve Board, Alice Rivlin, and sits on the Board of Amherst College with the Deputy Managing Director of the New York Times, Jonathan Landman. Mr. Ford donated thousands of dollars to liberal Democratic politicians like Hillary Clinton for President, Senator Chris Dodd, Senator Chuck Schumer and liberal organizations such as Forward Together PAC and Defend America PAC.

The title of Dr. Sabrin's demonstration is "Exposing the Federal Reserve System: The first step in taking our country back and restoring the greatness of the Dollar!" Dr. Murray Sabrin is the New Jersey conservative Republican leader and the Garden State's strongest advocate of limited government and individual freedom. Dr. Sabrin is a retired successful entrepreneur in commercial real estate, portfolio management, and economic research. He is an author, TV and radio commentator, and Professor and Executive Director of the Center for Business and Public Policy at Ramapo College. He and his wife of 39 years, Florence, reside in Bergen County. For more information please visit www.MurraySabrin.com

Back up! Snapchat, Shopify and several other popular websites are working...

Gmail is finally back up following a five HOUR outage that left frustrated users...

The Metaverse Is the Ultimate Surveillance Tool