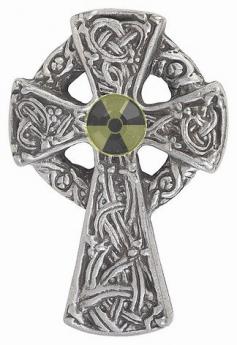 Read Part I
Part II
End-times prophecies are not novel.  Every major religion has them and many, many theologists have played the prognostication game.  Rational people, even those who are devoutly religious, mainly adopt a “well, I can't stop it” attitude and those who are convinced by the prognosticators utilize a Boy Scout approach to life.  Always be prepared.

Regardless of your religion (or lack thereof) you have to agree that an attempt to “force God's hand” in hastening the end-times would be foolhardy at best and most likely very dangerous.  Attempts have been made in the past, some with very tragic consequences.  38 members of Heaven's Gate committing suicide and 909 people drinking the Kool-Aid at Jonestown are just two examples of how God does not respond well to being pushed.

As tragic as those situations are, the tragedy has mainly fallen on the true believers and their families.  Since the terrorist attacks of September 11, 2001, however, practitioners of the politics of fear have consistently beaten their drums to the refrain of, “religious extremists want to kill you, possibly using weapons of mass destruction, so we must kill them first.”  As it turns out, that refrain may be right.  Not the extremists they're quacking about, and not the weapons they have in mind, but dangerously close all the same.

The Enemy Within
My own certainty that religious extremists are, in fact, too close to a massive “hastening” for comfort has not come easily.  In fact, until this week, I considered the possibility frightening, yet remote.  I sat down to write this article many times in the past year, but I'm not well-versed in end-times prophecies or religious extremists, so I was hoping that someone else would do the grunt-work; the prospect of poring through the rantings of religious extremists is, to put it mildly, unappetizing.

I did not find it at all surprising that Max Blumenthal would find some fringier religious-types at the Christians United for Israel (CUFI) meeting in 2007.  I wasn't even too surprised to see Tom Delay in attendance.  What really surprised me was Senator Joe Lieberman on stage describing the fringiest person in attendance, Pastor John Hagee, as a new Moses.

Hagee: Therefore it is time for America to embrace the words of Senator Joseph Lieberman and consider a military preemptive strike against Iran to prevent a nuclear holocaust in Israel.

Lieberman: I want to take the liberty of describing Pastor Hagee in the words that the Torah uses to describe Moses.  He is an “Eesh Elo Kim” a man of God.  And those words really do fit him.

Hagee is the epitome of a religious extremist.  He leads a San Antonio mega-church and writes extensively about end-times prophecies.  Thanks to Salon's Glenn Greenwald, however, we learn today that Hagee's hatred is not limited to Muslims and homosexuals, but also includes Catholics (I'm sure atheist hate goes without saying).

As the source was Max Blumenthal and Joe Lieberman is known for pandering, I dismissed the issue in my own mind, albeit saddened that nominal Christians could advocate a nuclear strike against Iran to bring about the end-times.

In June 2007, the Republican candidates for President held a debate in New Hampshire.  During that debate, all the candidates but one refused to take a nuclear first strike against Iran off the table.  Again, although I wasn't surprised that Ron Paul would find the thought abhorrent or that Rudy Giuliani would not, I was very surprised to see the other candidates discuss the issue not just cavalierly, but almost gleefully.  I was sure I was reading something into their answers, but couldn't help but be reminded of the extremists Blumenthal had interviewed at the Hagee hootenanny.

Then, days before the Ames (IA) Straw Poll, Mitt Romney sat down with WHO's Jan Mickelson.  During a commercial break, apparently unaware that he was being video taped, Romney laid out a belief in end-times prophecy that, given his glee at a nuclear strike against Iran, chilled me to the bone.

Mickelson: Then Stephanopolous misquoted your church, which is not surprising.

Romney: That's fine.  Cleon Skousen has a book called a thousand years.  You can talk about.  Christ appears - it's throughout the bible - Christ appears in Jerusalem, splits the Mount of Olives, to stop the war that's coming in to kill all the Jews.  It's...our church believes that.  That's when the coming and glory of Christ occurs.  We also believe that over the thousand years that follows, the millennium, he will reign from two places.  That the law will come forward from ... Missouri and the other will be in Jerusalem.

Still, lobbing nukes at Iran (even in defense of Isreal) is not the same as the earth splitting open at the Mount of Olives.  It seems to me that if you want the earth to split open at the Mount of Olives and you believe that Iran would use nuclear weapons against Israel, you would be advocating a nuclear-armed Iran.  At any rate, an understanding of (and belief in) end-times prophecy is a far cry from calling for a hastening of end-times prophecy, even if you are vying for control of the US nuclear stockpile.

This week, however, the threat of Christian extremists using weapons of mass destruction crossed a line which I fear will have long-lasting and wide-ranging effects.

Crossing the Line
On Wednesday, February 27, 2008, Republican candidate for President John McCain welcomed, indeed embraced, the endorsement of Pastor John Hagee.  When asked if he knew about the extensive, hate-filled writings of Hagee and end-times prophecy, John McCain merely reiterated, “all I can tell you is that I am very proud to have Pastor John Hagee’s support.”

Critical eyes may argue that McCain's statement is hardly an admission that he knows of Hagee's writings.  However, one can be sure that McCain's top campaign advisor, Senator Joe Lieberman is very familiar with Hagee's best-selling missives.  And, as it turns out, Hagee's endorsement didn't come out of the blue.  John McCain also spoke at last year's CUFI, and has been courting Hagee's endorsement for over a year.

On January 29, 2007, after an extended breakfast meeting with McCain, Hagee sent a news flash out to his faithful followers:

Senator McCain's comments concerning Israel are on target! He gets it! While I do not want to put the specifics of our conversation in this update I am glad to report to our leadership and supporters that John McCain is solidly pro-Israel.

Whereas before Hagee's words were hateful, they have now become dangerous – as in world-wide nuclear holocaust dangerous.  John McCain has all but secured the Republican nomination for President, vying for control of the nuclear stockpile, and there is a good possibility that he will name as his running mate Joe Lieberman.

Greenwald and others have suggested that McCain repudiate the endorsement of Hagee.  I don't think that works.  I think John McCain and John Hagee have crossed a line that cannot be uncrossed.

- The relationship between Hagee, Lieberman, and McCain has been established.  No amount of repudiation undoes that relationship.
- McCain has two “ifs” to be President, however, “if” he becomes the Republican nominee and “if” he is elected President, he will have control of the US nuclear stockpile and can only be impeached after committing a high crime or misdemeanor.
- Lieberman has the added “if” of John McCain naming him as his running mate, but “if” President McCain were impeached, the Presidency would fall to Vice-President Lieberman.
- Mitt Romney has not abandoned his bid for the Presidency, merely “suspended” it.
- John McCain has a publicly-demonstrated predilection to expand hostilities in the Middle East to Iran.
- John McCain has a publicly-demonstrated view that a threat to Israel is a threat to the United States.
- The US Department of Justice has prosecuted US citizens on conspiracy to commit terrorism with far less development and capability than this McCain-Lieberman-Hagee link.

McCain's MO
Although embracing Hagee still points to Lieberman and McCain being political opportunists for campaign cash and not religious extremists, consider one more point: John McCain (a/k/a The Maverick) is a political extremist.

Although he may not have coined the phrase, John McCain is one of the leading opponents of the “blame America first crowd”.  But, to McCain, “America” is the US government, not the ideal or the people.  In fact, McCain is the unequivocal leader of the “blame Americans first crowd”.  Nary a sentence goes by in his stump speech where he doesn't blame Americans for one ill or another, yet, in his mind, those same people can do no wrong ensconced in Washington D.C. offices.

Will John McCain's distaste for Americans allow him to sacrifice millions of them to fulfill end-times prophecies?  There is one way to find out, and it doesn't involve giving him the opportunity to do so.

Speech Plus
Americans can take solace in the case law of the Supreme Court for no other reason than the current law of the land regarding speech is entirely correct. Brandenburg vs. Ohio is still the overriding case and, although for the wrong reason, came to the correct affirmation: the only limit on speech is “speech plus” where the “plus” is an action or credible ability to cause harm to others or their property.  Speech Plus is entirely consistent with private property and personal security rights.

Presently, John McCain holds no ability to enact Hagee's plan for the hastening of end-times prophecies.  However, for the reasons articulated above, immediate action is required to prevent the possibility.  The public statements of John McCain and his senior campaign advisor, Joe Lieberman, have rendered them unfit to judge the influence of John Hagee on their own.  Speech Plus is an idea which has come of age and must be applied to this situation, right now.

Fallout
There is, of course, a probability that a grand jury investigation would do harm to the Presidential campaign of John McCain and possibly the GOP at large.  However, there is also the possibility that immediate investigation of the McCain-Lieberman-Hagee connection, should it prove innocuous, bolster the campaigns of Republican candidates in the 2008 elections.  Regardless, as a Republican, I would rather trust the fate of the party to a grand jury than the fallibility of Hillary Clinton or Barak Obama and certainly don't want to count on their electability for the fate of the world.

This combination is much different than religious fanaticism or saber rattling by a Presidential candidate.  This is a deliberate courtship of a religious fanatic by someone actively engaged in gaining control of the exact weapons necessary to enact the fanatic's end-times rantings.