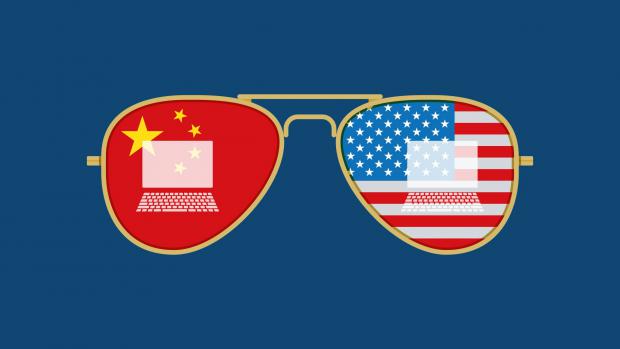 A statement by China's Brussels embassy said the following:

Yet it "manipulate(s) and push(es) around its allies to form small circles and repeatedly smeared and attacked other countries on cybersecurity issues."

"Such practices fully expose its double standards and hypocrisy."

"It is also worth noting that Nato has made repeated and groundless accusations against China, attempting to break its geographical and sectoral constraints under the guise of cybersecurity and other issues."

"We are following this development with close attention."

"We urge the US to immediately stop its 'empire of hacker' campaign and stop illegally damaging other countries' interests and security."

Based on an official 2020 report, China's diplomatic mission in Brussels said 5.31 million hosts in the mainland are controlled by 52,000 foreign servers.

Key ones in the US and other NATO countries go all-out to harm China's national security, its economy and social development.

Earlier this month, Russia's US embassy said the following:

"We strictly deny the involvement of Russian government agencies in attacks 'on government and private facilities in the US and abroad.' "

"Besides, it's high time to put things in order on the American soil, from where constant attacks on critical infrastructure in Russia emerge."

"We emphasize that fighting against cybercrime is an inherent priority for Russia and an integral part of its state policy to combat all forms of crime."

The US by far is the world's leading cybercriminal.

Following Putin's meeting with Biden's impersonator in Geneva last month, Russia's US embassy called on Washington to "abandon the practice of unfounded accusations" — while ignoring its own international law breaches.

Time and again, the US falsely accuses Russia, China and other nations free from its control of all sorts of things they had nothing to do with.

"(T)ogether with our (imperial partners, the Biden regime is) "not ruling out any additional actions to hold the PRC accountable, including for its malicious activity in the cyber domain (sic)."

A White House statement threatened "actions" against the PRC.

Like virtually always before, no evidence was cited because none corroborates US accusations.

According to the Biden regime's justice department, a federal grand jury in May indicted four Chinese nationals on dubious charges of cyberattacks on US companies, universities and foreign governments.

Ignoring UK high crimes in cahoots with the US and other NATO regimes, he dubiously accused China of "reckless…systematic cyber sabotage" — a US, UK, NATO, Israeli specialty repeated time and again.

Washington's man at NATO Stoltenberg made similar comments, reading from the US orchestrated script.

China, Russia, Iran, Venezuela, Cuba, and other countries free from US control are repeatedly cyberattacked from abroad, not the other way around.

"The US has accused China of cyber attacks for many years (to smear its) national reputation."

The US has "cyber troops" to repeatedly attack targeted countries, falsely blaming them for its own cyber and other crimes.

"It shows (that the US-dominated) Western ideological system is decaying" — while China, Russia and other nations are rising in prominence on the world stage.