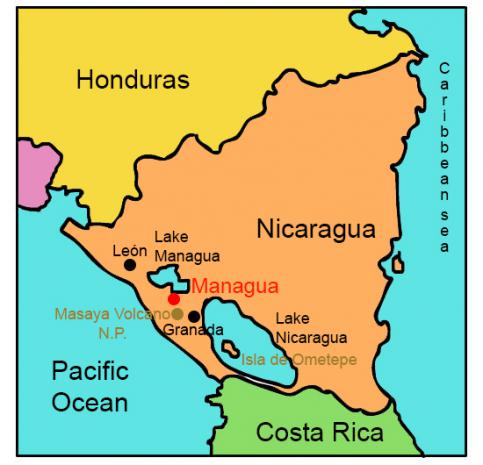 Along with numerous other countries occupied by Pentagon  forces, the US came to Iraq to stay — what likely was planned long before Bush/Cheney's aggression.

Pentagon bases are platforms for endless US imperial wars, what long-suffering Iraqis understand, wanting an end to US occupation of their country.

He's "visiting Washington (on July 26) to set out our relationship with America," adding:

"The Iraqi army still needs their forces for training (sic)."

"We need their support to our air force (sic), and we need their intelligence support in the fight against ISIS (sic)."

"The visit will be to set out this relationship, and to put an end to the presence of (US) combat forces, because the Iraqi army can now fight for itself on behalf of Iraqis and the world against these terrorist groups in Iraq."

"There is no need for (foreign) combat troops."

What Iraqi parliamentarians and vast majority of its people want — perhaps Kadhimi as well — is world's apart what US dark forces intend — permanent occupation of the country.

A White House statement falsely said Kadhimi's visit "will highlight the strategic partnership between the US and Iraq and advance bilateral cooperation" that exists in name only.

The Trump and Biden regimes refused to agree on a withdrawal timeline with permanent occupation of the country in mind.

Claiming US forces are allied with Iraq's military to combat ISIS ignores that the jihadist group and likeminded ones were created by US dark forces for use as proxy foot soldiers where deployed.

Iraqi militias continue attacking US forces to force them out.

At least four attacks occurred this month, including rocket strikes on the US Ain al-Asad airbase and drone strike on Erbil's airport.

"The US reaffirmed its respect for Iraq's sovereignty, territorial integrity, and relevant decisions of the Iraqi legislative and executive authorities (sic)."

"(T)he US and Iraq reaffirmed their mutual intention to continue bilateral security coordination and cooperation (sic)."

"Both countries reaffirmed that US forces are in Iraq at the invitation of Iraqi Government to support the Iraqi Security Forces (ISF) in their fight against ISIS (sic)."

"Based on the increasing capacity of the ISF, the parties confirmed that the mission of US and Coalition forces has now transitioned to one focused on training and advisory tasks, thereby allowing for the redeployment of any remaining combat forces from Iraq, with the timing to be established in upcoming technical talks (sic)."

Was the incident a Biden regime message to falsely claim its military presence in the country is needed?

When PM Kadhimi meets with Biden's double next Monday, will US intentions be spelled out in diplomatic language — giving the Biden regime lots of wiggle room ahead to do as it pleases?

Days earlier, its national security council coordinator for the Middle East and North Africa Brett McGurk denied discussing a US troop withdrawal from Iraq with Kadhimi.

Along with not agreeing to a pullout timeline, McGurk's claim is more evidence of Washington's permanent occupation intention unless continued Iraqi militia strikes on its bases forces withdrawal.

Their leaders, Iraqi MPs and vast majority of Iraqis want all US troops withdrawn from their country, none remaining for any purpose.

The Pentagon's empire of bases operates worldwide in at least 75% of world community countries.

According to David Vine's "Base Nation: How US Military Bases Abroad Harm America and the World," hundreds more bases exist off-the-books globally than officially reported ones, explaining the following:

"Undocumented bases are immune to oversight by the public and often even Congress," adding:

"Bases are a physical manifestation of US foreign and military policy, so off-the-books bases mean the military and executive branch are deciding such policy without public debate, frequently spending hundreds of millions or billions of dollars and potentially getting the US involved in wars and conflicts about which most of the country knows nothing."

"US bases abroad cost upwards of $50 billion per year to build and maintain, which is money that could be used to address pressing needs at home in education, health care, housing, and infrastructure."

As for numbers of US occupying forces in Iraq, the Pentagon's claim of around 2,500 may be greatly understated.

They also exclude likely thousands of so-called US private military contractors (PMCs) that include paramilitary Blackwater types, CIA operatives, and other dark forces that comprise a permanent occupation presence where deployed.

The US  values Iraq strategically and for its rich hydrocarbon resources, why it plans permanent occupation unless forced out.

If US forces withdraw from Iraq, "maintain(ing) (its troops) in Syria would become impossible due to logistics issues."

It's another reason for intended permanent occupation of Iraq by Pentagon forces, no matter their unwanted presence.