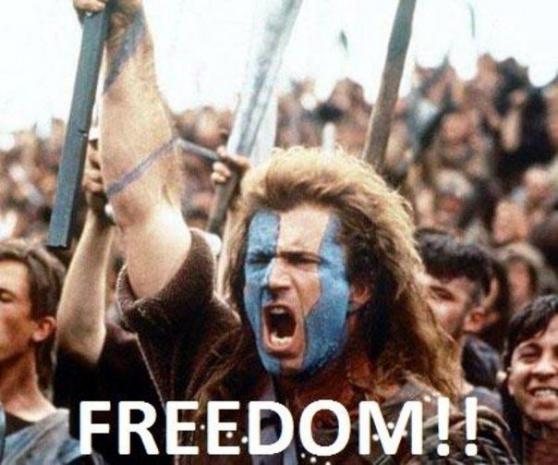 Where are the crowds? They're out in force across Europe.

Where most needed en masse in the US, they're small-scale in too few places. More on this below.

Never before in the course of human events has state-sponsored — media supported — Big Lies and mass deception done more harm to more people in short order than since flu was deceptively renamed covid last year with diabolical aims in mind.

Health-destroying flu/covid jabs are all about pursuing tyrannical social control and depopulation on an unparalleled scale.

In response to what's going on, public rage in France, Britain, Ireland, Italy, Greece, and elsewhere in Europe boiled over.

Tens of thousands took to the streets against health and freedom-destroying flu/covid mandates, including passports without which access to employment, education, and other public places is denied.

In response to a petition that called for "outlaw(ing) discrimination against those who do not get a" flu/covid jab — with over 320,000 signatories — dozens of Labor, Lib Dem, Green and Tory MPs expressed opposition to Boris Johnson regime's mandates.

Tens of thousands turned out across France on Saturday against Macron regime health passes, mandated flu/covid jabs for healthcare workers and others, as well as related draconian policies.

One activist tweeted: "Unreal numbers on the streets of Paris."

Days earlier in Greece, tens of thousands turned out in Athens and elsewhere nationwide against mandated proof of jabs for access to public places — along with plans to jab children without parental consent.

Crowds chanted: "Hands off our kids."

A draconian mandate said the following:

"Everyone must have (a) certificate to prove their status to gain access to venues."

"The plan also allows for 'mixed' venues which also grant access to the (unjabbed) — but only if they have a negative PCR test" — that when positive is nearly always false because of how administered.

"The measures can apply to either indoor areas or open spaces that are likely to be crowded."

According to the Greek Reporter, authorities are using the (invented) pandemic to ban public dissent by "crush(ing) peaceful demonstrations."

In the US, scattered protests took place against jabbing healthcare workers, children and students for access to higher education campuses and classes.

In America, laws prohibit serving alcohol to and prescribing medications for children without parental consent.

Laws and guidelines in place to protect the health and well-being of children were virtually rescinded for all things flu/covid.

The same goes for foregoing proper clinical trials for flu/covid mRNA drugs and vaccines before allowing their use.

Information about them, and alternative protocols known to be safe and effective, was suppressed.

Last week, hundreds massed in front of the Henry Ford West Bloomfield Hospital against mandated flu/covid jabs for staff, contractors and others.

"Let me call my own shots"

"From heroes to zeros"

Another said "(w)e are all out here because we do not believe (flu/covid jabs) should be mandated."

Similar policies are in place elsewhere in US cities.

If not challenged and stopped — by whatever it takes, by millions of Americans getting involved — they're coming to neighborhoods near you and your own in the coming weeks and months.

What remains of mostly eroded freedoms are on the chopping block for elimination altogether.

Disruptive activism changed the course of things in the US before.

They've done it through strikes, boycotts and other mass public actions.

Historian Howard Zinn explained that in 17th and 18th century America, there were 18 uprisings against UK colonial rule, six rebellions by Black slaves and dozens of riots.

Power yields nothing without large-scale grassroots demands with teeth.

Never before in US history have they they needed more than more than now.

The alternative is mass extermination, draconian social control, and serfdom for survivors.

If that's not worth putting our bodies on the line against, what is?

If not now, it may be too late to matter later on.

Threats to De-License Truth-Telling US Doctors