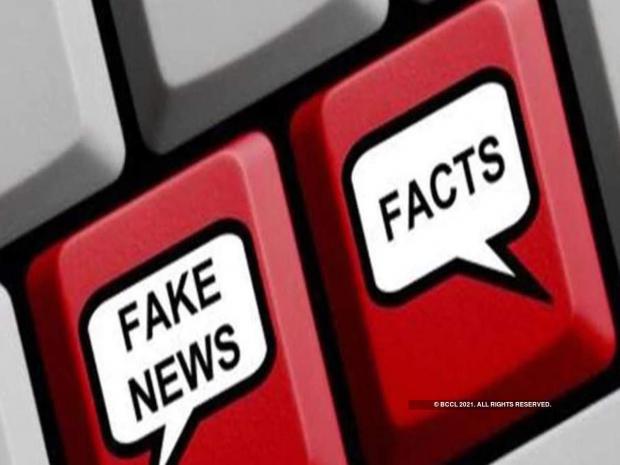 Masquerading as media, the dominant US/Western fourth estate is a collective weapon of war against truth-telling journalism as it should be.

Substituting state-approved fake news over truth and full disclosure, prostitutes of the press best describe them — suppression of what's most important for everyone to know their mandate.

Free and open societies are at risk of disappearing altogether when news and views are filtered, dissent marginalized or criminalized, and absolute power corrupts absolutely.

That's today's reality throughout the debauched West — hegemon USA the head of the snake.

Along with their other high crimes against humanity, there's no ambiguity about US/Western responsibility for all things flu/covid.

It arrived with diabolical aims in mind that include destruction of health and fundamental freedoms worldwide, wanting tyranny replacing what remains of free and open societies everywhere.

In May, Biden's know-nothing impersonator directed US intelligence to shift blame from where it belongs to China by inventing a fake news flu/covid scenario.

Ahead of what's coming by US intelligence, China's Foreign Minister Wang Yi said its "anti-science" report will "serve its own political purposes and seriously interfere with international (flu/covid) cooperation," adding:

The Biden regime "ignored and abandoned research…by WHO experts" in favor of politicized finger-pointing to shift blame for its own malfeasance onto an invented enemy of choice.

It forthrightly opposes politicized intelligence and other reinventions of reality, adding:

"Putting intelligence agencies in charge of a scientific matter, the (Biden regime) showed its real intention, which is nothing more than playing its old trick of (unjustifiably) smearing China."

On Tuesday, China's UN envoy Chen Xu told the WHO that the US-alleged lab leak lacks science supporting the claim.

At the same time, he stressed that if a "lab leak" occurred, it was made-in-the-USA at "Fort Detrick (labs) and University of North Carolina" — what a scientific probe should focus on if initiated.

"(E)ven US scientific institutions and allies find (it) far-fetched."

Yet the Biden regime aims to falsely "smear China" based on invented evidence, lacking the real thing that doesn't exist.

In producing a report to blame China for its own malfeasance, Biden regime hardliners bullied and pressured "scientists…the WHO," its allies, and Indo/Pacific states to join its smear campaign.

Their "true" aim is not about science-based inquiry.

It's all about beating up on China unjustifiably, "strengthening US leverage on (undermining its) development and offset(ting) (its) rising international influence."

US intelligence has no credible "scientific evidence to support the 'lab leak' theory."

So-called "evidence" it claims is "fabricated (and) completely unreliable."

Citing an unnamed expert close to the WHO, GT stressed that "nothing major" will be revealed to blame China for what it had nothing to do with — no credible new evidence, just made up claims to continue smearing of Beijing by US hardliners.

Other unnamed sources told GT that because no credible evidence exists, the Biden regime enlisted help from their press agent media "to hype the (phony) conspiracy" that falsely blames China for a nonexistent Wuhan lab leak.

Its "so-called origins-tracing report isn't based on facts and evidence but only draws up a conclusion with made-up 'evidence' to (falsely) frame China," adding:

"Having an intelligence team look for virus origins is ridiculous enough."

It's "unsurprising that Biden (regime hardliners) would end up with no definitive answer, but if (they seek) another investigation, (they'll) downgrade (the regime's) credibility (more than already) and make it a laughing stock."

US foreign policy aims to pressure, bully and threaten other nations to side with diabolical efforts against nations free from its control — especially China, Russia and Iran.

The harder its hardliners push, the sooner what little remains of US credibility and influence on the world stage will entirely lost.

Beijing blames the US as its "source."

The Times falsely claimed that it's "push(ing) back against efforts to investigate the (nonexistent) pandemic's (nonexistent) origins in China."

Along with other establishment media, the self-styled newspaper of record supports infliction of maximum harm on maximum numbers of people by hegemon USA and partnered states.

They also back shifting blame for their high crimes against humanity onto others — China, Russia and Iran their main targets.

Trampling on the Truth