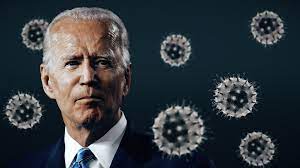 Installed by brazen election fraud, the illegitimate Biden regime has gone all-out to replace what remains of the rule of law with full-blown tyranny.

Unconstitutionally mandating toxic flu/covid jabs for millions of Americans — by executive orders — was its latest shoe to drop last week.

They require health-destroying jabs for all federal workers and employees of US contractors.

They require them for employees of all US businesses with 100 or more workers.

The same goes for healthcare workers of entities receiving Medicare or Medicaid payments.

The alternative is regular testing that when positive is nearly always false because of how administered.

The diabolical agenda of dominant Biden regime hardliners is clear.

They're going all-out to wreck public health, to cause maximum harm to maximum numbers of people in the US and worldwide, why resisting their draconian policies is crucial.

There's nothing remotely safe and effective about jabs designed to irreversibly harm health, not protect and preserve it.

All things flu/covid mandated and urged from last year to the Biden regime's extrajudicial mandates breached international and constitutional law.

No one can legally be required to self-mutilate their bodily integrity, to be a human guinea pig, to shorten their lifespans — to do anything medically related that risks adversely harming their health.

Along with the US war department mandating all of the above for military personnel, the Biden regime's health-destroying mandates are the equivalent of leading lambs to the slaughter — on the phony pretext of protecting public health it's aiming to destroy.

Not only do Biden regime mandates breach the letter and spirit of international and constitutional law, they went beyond where none of its predecessors dared go before.

According to the 10th Amendment:

"The powers not delegated to the United States by the Constitution, nor prohibited by it to the States, are reserved to the States respectively, or to the people."

The executive branch and/or Congress may not exercise powers that infringe on the ability of states to function under a federal system or compromise their integrity.

While a landmark Supreme Court ruling held that Congress has implied powers under the Constitution's Article I, Section 8 —  the "Necessary and Proper" Clause (McCullough v. Maryland, 1819) — its power, and of that of the executive branch, does not include the right to harm public or individual health.

That's precisely where the Biden regime went on Thursday, an unprecedented action — breaching states' rights and bodily integrity of millions of Americans.

And doing it by executive orders because it's highly unlikely that even the Dem-controlled Congress would go this far.

It remains to be seen how the judicial branch weighs in on this crucial issue, the Supreme Court likely to have final say.

Protecting public health or abolishing it likely hangs on its ruling.

Encouraging is that in 1990, the Supreme Court ruled that "the forcible injection of medication into a non-consenting person's body represents a substantial interference with that person's liberty (Washington v. Harper)."

Knowing a federal mass-jabbing mandate for all Americans is unconstitutional, Biden regime mandates aim to circumvent international and constitutional law by dubiously relying on a rarely ever used OSHA emergency temporary standard (ETS).

According to the Congressional Research Service, OSHA hasn't used ETS authority "since the courts struck (it) down…on asbestos in 1983."

It's notably so when no health-related emergency exists like now, an invented one alone that's all about imposing draconian policies with pure evil intent in mind.

Last month, the fake Biden said "I can't guarantee you that the court(s) won't rule that we don't have that authority" employed on Thursday, adding:

"But at least we'll have the ability to appeal and keep this going for a while."

Is that what unconstitutional Biden regime mandates are all about?

Delay judicial resolution of this vital issue as long as possible to inflict maximum harm on maximum numbers of people — so that even if overturned judicially, it'll be too late to undo irreversible harm on millions more Americans than already.

Governing extrajudicially to serve privileged interests exclusively by harming most others is what despotic rule is all about.

That's the state of today's USA — notably with undemocratic Dems in charge, headed by a figurehead impersonator of an unelected president who's too cognitively impaired to serve in any capacity.