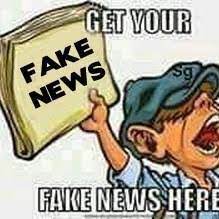 Parade of Deceit and Betrayal on Sunday Talk Shows

What passes for news, information and opinion on US opiate of the masses television is polar opposite what journalism as it should be is all about.

Instead, filling the minds of viewers with mush is standard MSM practice.

Daily and always on Sunday, an array of dubious figures show up weekly to mind-manipulate them.

When in doubt, guests are vetted to assured views expressed stick to the official fabricated narrative as I was long ago more than once.

One time when invited on Britain's BBC to discuss a topic I don't recall, I was contacted before airtime and questioned.

Failing to pass muster for being honest, a disinvitation followed.

Truth-tellers on major domestic and geopolitical issues are banned by MSM bosses.

On CNN's State of the Union yesterday, fraudster surgeon general Vivek Murthy showed up to mass deceive viewers like he's done before with disturbing regularity on air.

A colossal hoax, it's no more scariant than other flu/covid strains as I explained before, based on what truth-telling medical and scientific experts taught me.

Banned from sticking to science, Murthy recited a litany of bald-faced Big Lies.

He lied claimed that Biden regime mandates include "measures to increase our testing capacity (sic), to shore up our hospitals and health care systems (sic)…to tackle this virus (sic) — that shows up annually.

Never pre-2020 was it accompanied by fear-mongering intended to create mass hysteria.

Never was virtually everything mandated and recommended all about destroying public health and fundamental freedoms.

Never before did official US policies do more harm to more people at home and abroad than by Biden regime hardliners this year.

Like its other fraudsters, Murthy was paraded before US television viewers to support all of the above — based on Big Lies and mass deception.

Like always when commenting on all things flu/covid, they flagrantly breach international and constitutional law by failing to support how healthcare should be practiced.

They fail to explain that mass-jabbing increases outbreaks by shedding and spreading inoculated toxins from close contact with unjabbed individuals.

They're silent about over 60% of outbreaks occurring in jabbed individuals.

They're sworn to silence about diabolical aims behind what's going on.

Polar opposite is cold, hard reality.

Mass-jabbing is all about eliminating maximum numbers of unwanted people.

They'll be announced before or during 76th UN General Assembly sessions — scheduled from Sept. 14 — 21.

Murthy called them "measures (aiming to mass-jab) the world" — with inflicting global mass-casualties in mind, he failed to explain.

Biden regime mandates, and all else flu/covid related, have nothing to with combatting a pandemic that's invented, not real.

They have everything to do with pushing the most diabolical mass-extermination scheme ever conceived — along with instituting social control tyranny worldwide.

What fraudsters like Murthy, Fauci, Walensky, and top Biden regime officials want jabbed into maximum numbers of Americans and others abroad, they shun for themselves and families.

Submission assures either perishing or losing all rights if survive their jihad against public health and fundamental freedoms.