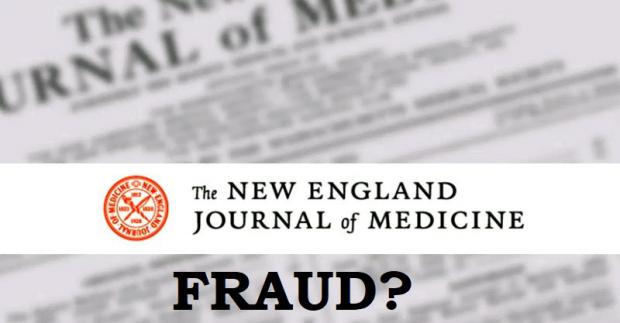 The once highly respected New England Journal of Medicine (NEJM) long ago fell from grace.

Critics question whether the NEJM "is slipping in relevancy and reputation."

Its editorial policy "resisted correcting errors and lag(s) behind others in an industry-wide push for more openness in medical research."

"And dissent has been dismissed with a paternalistic arrogance…"

On September 15, an article published by the NEJM falsely claimed that for individuals double-jabbed with the Pfizer-BioNTech gene-altering mRNA drug given a booster dose, the rate of severe illness was "substantially lower (sic)."

Israel exclusively uses the Pfizer-BioNTech drug to mass-jab is people.

According health ministry director Nachman Ash, the above is "a record number that did not exist" before in a nation where one-fourth or more of its people were booster-jabbed.

As mass-jabbing numbers administered rise, so do viral outbreaks, including serious ones.

Israel's health ministry reported that nearly two-thirds of patients in serious condition were fully jabbed for protection — not gotten.

"We could be digging ourselves into a hole for a very long time, where we think we can only keep (flu/covid) away by boosting every year."

The more jabs gotten, the greater the harm caused.

Boosters are responsible for "boosting blood clots and leaky vessels."

DCE also explained that that jabbing for flu/covid "is unnecessary. Populations are protected by their immune systems."

Natural immunity from contracting and recovering from the viral illness effectively protects against reinfection.

It's not coincidental that the dubious NEJM report came just ahead of rolling out boosters in the US, administering them to be rubber-stamped by the Pharma-controlled FDA on Friday or at a time of its choosing.

There's nothing remotely safe and effective about flu/covid jabs designed with irreversibly harming health in mind.

Millions throughout the West have been harmed since last December, including many thousands dead.

It's proof-positive of toxic jabs to be shunned.

The same is true about highly promoted US/Western claims that immunity from jabs — not gotten — significantly wanes after six months.

Virtually everything reported about all things flu covid — especially health-destroying jabs — was fabricated.

MSM were enlisted to support the mother of all state-supported scams long before seasonal flu got a scary new name early last year.

Was the NEJM co-opted the same way to go along with what demands forthright opposition?

Doctors are getting angry at their patients

Is There a Baby in Your Family? You Need to Know About Rising RSV Rates in the US