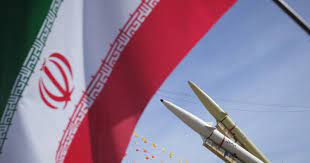 So-called US/Israeli "plan B" is all about maintaining a joint state of war by other means on nonbelligerent, nonthreatening Iran.

It's about going all-out to isolate the country, along with demonizing President Raeisi for wanting Iranian relations with the US/West normalized, illegal sanctions lifted, and durable regional peace replacing endless wars — waged by hegemon USA-dominated NATO and apartheid Israel.

The landmark JCPOA nuclear deal is dead — killed by Trump, a second time by Biden regime hardliners for refusing to comply with Security Council Res. 2231 provisions.

No matter that the unanimously affirmed agreement made the JCPOA binding international and US constitutional law.

"Our criterion is the action of the other parties and not their words."

"Although Biden (or his double last year) verbally criticized Trump's policies, he has in practice pursued the same policies toward Iran."

If its regime hardliners "think they will succeed by putting pressure on Iran, they are one hundred percent wrong."

Firm in its resolve for compliance with the rule of law, Iran won't cave to unacceptable "pressure and threats."

Its ruling authorities remain in full compliance with their JCPOA obligations in stark contrast to flagrant US, UK, French and German breaches since 2018.

As long as the status quo remains unchanged, the JCPOA will remain dead.

Chances of reviving it are virtually nil. Six rounds of Vienna talks since early April accomplished nothing — because dominant Biden regime hardliners and UK/French/Berlin counterparts have no intention of complying with their mandated obligations.

It's why further talks will continue to be a profound waste of time — Iran to be falsely blamed for international breaches by the US/West.

Amir-Abdollahian saying that "(a)ll parties should know that the JCPOA needs to have tangible outcomes for Iran (to include removal of illegal sanctions" fell on deaf ears in Washington, London, Paris and Berlin.

So did saying that "(a)ll parties should prove their commitment to the JCPOA by taking firm steps."

US-dominated Britain, France and Germany reject them, wanting Iranian subservience to their demands in return for more of the same — nothing positive or otherwise equitable for Tehran.

They "have not acted sincerely," evidence suggesting no a change in their wicked ways.

There's virtually no chance of policies softening ahead, further hardening them most likely.

According to what an unnamed Israeli official told Axios, the Biden regime intends more sanctions on Iran — as long as it remains unwilling to sacrifice its sovereign rights to a higher power in Washington.

It's why months after usurping power, US war on Iran remains hard-wired in place.

As long as the Islamic Republic remains free from US control, relations are more likely to worsen than improve.

That's the reality of where things stand — no matter how much longer futile JCPOA talks continue.