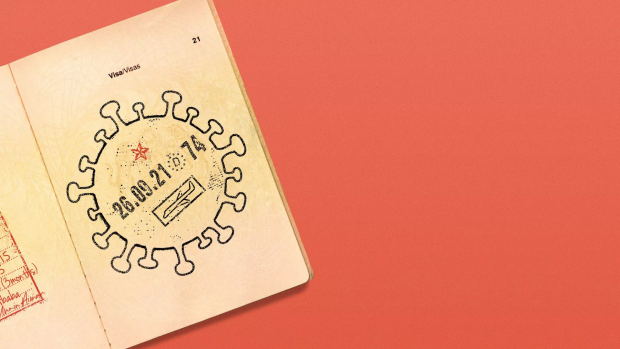 The way things were in the US/West long ago no longer exists.

State-sponsored 9/11 was a game-changer, the mother of all false flags until way-surpassed by deceptively giving garden variety flu a scary new name.

What followed was unjustifiably justified by an invented SARS-CoV-2 virus that was never isolated in lab analysis and doesn't exist.

The same goes for long ago Boston. The way it was when I grew up also no longer exists.

It was a time when inner city school teachers taught, students learned, and classroom decorum was conducive to learning.

The way things were let ordinary kids like himself, with nothing special going for them, advance to higher education and benefits it brought at the time — that no longer exist for most youths in the US today, nor in the West overall.

Back then, higher education was affordable for virtually anyone, the will to successfully complete academic studies the only requirement.

Attending today in the US entraps millions of students in debt bondage because of exorbitantly higher education costs — at a time when career opportunities are a shadow of what they were post-WW II in the late 40s, 50s and 60s.

Another 2.4 million got VA-backed low-interest, no down payment home loans at a time when their average cost was around $5,000 — letting millions of families afford them.

The economy then grew most years at around 3.5%.

Through the 1960s, blue-collar workers were the biggest buyers of many luxury goods and services, including homes and autos.

What once was back then is a distant memory today.

CPI inflation is 13.2%, not the officially reported 5.4% — nor reported 4% excluding food and energy.

Everyone who eats, drives a car, pays rent or services a mortgage, has medical bills, heats and/or air conditions living space, and has kids in college knows more about inflation than talking head TV economists paid to deceive, not inform viewers.

After all things flu/covid obliterated what remained of things as they were when I grew up long ago, tyranny became the law of the land.

Most Americans were mind-manipulated to go along with what harms their health and fundamental rights — on the phony pretext of what protects them.

Jabs and health passports — digital or otherwise — are symbols of modern-day tyranny.

Along with all else flu/covid related, they transformed the US/West more than ever into societies unsafe and unfit to live in.

On September 24, my hometown Boston Globe deceptively claimed that flu/covid "passports are the ticket back to normal (sic)."

What the Globe considers "normal" is hugely abnormal by any definition of normality. See below.

As a boy and adolescent, my favorite entertainment was attending a Red Sox game at Boston's Fenway Park — when the league's biggest stars were Ted Williams and Joe DiMaggio.

As an older teenager and youth through college, it was attending Boston Pops concerts at Symphony Hall during its golden age under conductor Arthur Fiedler.

The only constraint to attending was the admission price when Fenway Park bleacher tickets cost 60 cents and unreserved Symphony Hall second balcony seats were practically free at 50 cents, including ones overlooking the stage and podium where I and friends usually sat by showing up early to get them.

What I remember fondly was replaced with the following:

Fans may not carry bags to the ballpark, except for medical devices or diapers.

Masks are required beneath the stands at refreshment locations, other facilities and restrooms.

Unjabbed fans must where masks that don't protect at all times everywhere inside Fenway Park.

For the upcoming basketball and hockey seasons, proof of having been fully jabbed or gotten a meaningless negative PCR test result is required for attendance.

The Globe noted that verifying the above for thousands of ticket-holders won't "be a piece of cake" for checkers.

The same goes for fans forced to put up with what no one should tolerate.

Defying science, the Globe falsely claimed that the above practice is "doing the right thing (sic)," adding:

"And it certainly isn't alone among sports and performance venues around the state."

Attending Boston Symphony or Pops concerts is worlds apart from my fond memories.

Proof of being toxic-jabbed or a negative PCR test proving nothing is required for entry into Symphony Hall.

The same goes for virtually all theaters and entertainment venues in the city.

The price of admission includes having sacrificed health and well-being.

Proving it should for access to most other public places throughout the city and state should be required, according to the Globe, saying:

"(I)t behooves the public sector to make the job of checking the authenticity of those (jabs) easier."

"And that means some form of uniform (jab) 'passport' — a QR code, a chip, some kind of digital proof that the bearer has indeed gotten the requisite number of shots."

According to the Globe, Massachusetts "has fallen behind the curve (sic)," adding:

"Getting to the point where there's a relatively simple process for people to credential the fact that they've been (fully jabbed) will be important for a whole bunch of reasons," he falsely claimed.

The draconian practice is mandated in New York and California, notably in Israel as well.

The Globe called on Governor Baker to show "leadership on this issue (sic)."

If digital and/or other health passports are mandated for access to most public places, the city and state I grew up in long ago will become more unfit to live in than already.

WHY AMERICANS WON'T DEFEND THEMSELVES AGAINST TYRANNY