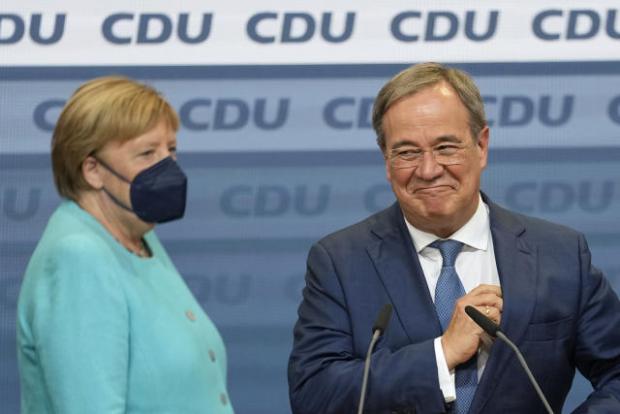 An end of an era approaches — though far from straightaway. See below.

In office as German chancellor since November 22, 2005, Angela Merkel will step down when a new coalition is formed under her successor.

According to Germany's constitution, she'll remain chancellor until Bundestag lawmakers elect one, a process likely take some time.

Because of a narrow triumph of the SPD over the CDU/CSU bloc,  Merkel's successor may not be known until next spring, leaving her empowered well into next year.

Notably, German SPD candidates fared worse than any time since 1949.

The Christian Social Union Party in Bavaria got 6.1% of the votes (45 seats).

While Angela Merkel will likely remain chancellor for some time, end of her longterm tenure lies ahead.

She could become Germany's longest-serving chancellor in modern times before stepping down if the process to elect a successor drags on longer than expected.

To surpass his tenure, Merkel would have to remain in office until late June next year.

"We have the mandate to form a government (headed by) Olaf Scholz (as) chancellor."

"A coalition of the CDU, FDP and Greens would be a real future coalition – for modernization, sustainability and stability."

At this time, it's very much uncertain which parties will comprise a new coalition government, including who'll be elected new chancellor.

"We had the whole period, fights between our party coalition about the CDU and the CSU."

"In the end, we don't seem to have a team. We are fighting inside, and that's one reason of the not satisfying result of this election."

"Laschet clearly had the strategy to put a very vague offer on the table to the two potential kingmakers, the Greens the Free Democrats, that in a coalition led by him, he would want them to make sure that they deliver to their voters they had promised," adding:

"That's a very generous offer to put on the table, and that underlines the will to cling to power here at the CDU headquarters."

SPD's Scholz said "(t)he CDU got the message from voters that they should not be in government," adding:

A new coalition government faces "huge challenges" when formed, including the need to "modernize our industry."

Months of coalition-building talks likely lie ahead before it's known who'll succeed Angela Merkel as chancellor.

Time and again, Russia is falsely accused of interfering in Western elections.

No evidence is ever cited because none exists.

"We feel respect for the will expressed by the German people, and we are far from trying to express our own political preferences, let alone meddle in Germany's election campaign."

"We will be prepared to cooperate with the government that will be formed following the elections regardless of its party configuration."

"We hope that Germany's new leadership will take into consideration the striving of an overwhelming majority of Russians and Germans to live in peace and accord and will do its utmost to preserve the years-long positive potential of bilateral relations and people-to-people contacts." Nechayev said.

"At the same time, we make it clear that a constructive dialogue implies there should be no moralizing, ultimatums, or threats of sanctions, let alone intention to talk to us from the position of strength."

"Any attempts at pressure or interference in our internal affairs are futile and counter-productive."

"(D)espite existing contradictions, our relations are not stalled."

"Contacts between civil societies and youth go on. These trends should be preserved and expanded."

German Power Plant Halted After It Runs Out Of Coal