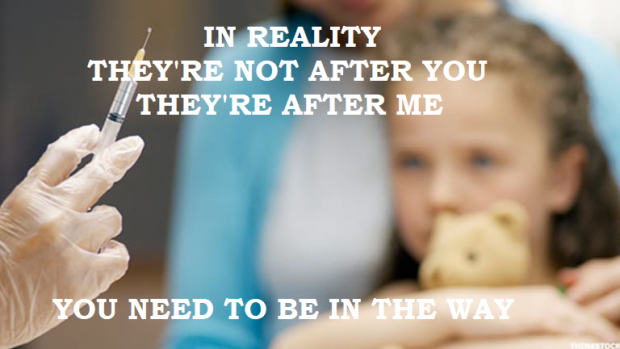 Pharma Has a Death Wish for Children and Infants

No responsible parent would let their children anywhere near toxic flu/covid jabs that are designed to destroy health.

Nor would they permit their own bodies to be harmed by their toxins.

US/Western dark forces — in cahoots with Pharma and their MSM co-conspirators — have other diabolical aims in mind.

In days, Pfizer will push for greater profits by seeking FDA authorization to irreparably harm the health of children aged-5 to 11 with their toxic flu/covid jabs.

According to company chairman and CEO Albert Bourla, "(i)t's a question of days, not weeks."

On ABC News Sunday, he added the following:

"(L)et's give boosters and doses" to maximum numbers of people.

The more jabs administered, the greater his company's profits and personal income.

Corporate America prioritizes sales, profits, market share, and policies based on cost/benefit analysis — the rule of law as well as concern for the health and well-being of populations never a consideration.

Bourla saying he's "very proud of what we have done" reflects his indifference toward millions of people at home and abroad that have been irreversibly harmed by Pfizer's toxic/DNA altering flu/covid jabs.

Claiming they "saved millions of lives" compounds his contempt for millions harmed, including tens of thousands killed — over 150,000 in the US alone, according to a truth-telling scientific analysis I discussed earlier this month.

The policy of Pfizer and other Pharma firms has nothing to do with "doing (things) right" for users of their drugs — everything to do with the above explained objectives.

Bragging about "billions" of flu/covid doses produced by Pfizer for mass-jabbing is the equivalent of cheerleading destruction of public health on an unprecedented scale.

"(T)here is no other company that can claim that we have done so much good to humanity as we have done (sic)."

The above claim only applies to how greatly Pfizer contributed to mass-extermination of unwanted millions and billions of people.

The company lied claiming that their toxic jabs are safe and effective for children aged-5 to 11.

They're profoundly unsafe for everyone in all age groups — unsafest of all for the elderly and others dealing with serious health issues, their immune systems compromised.

Saying that the nonexistent pandemic will be over "within a year" defies the longstanding state-sponsored plot to perpetuate the scam ad nauseam.

As for Pfizer, Bourla sees lots more invented scariants ahead for toxic jabs to address — forever if the mother of all diabolical scams isn't challenged and halted by whatever it takes to achieve this end game before humanity is ravaged beyond saving.