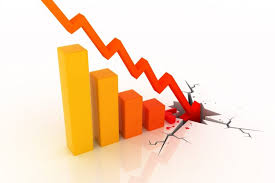 Too cognitively impaired to function in any official capacity, a know-nothing look-alike dummy represents him in public to recite or paraphrase lines scripted for him.

Transformed by the power of makeup artistry, Washington insiders and world community officials go along with the charade.

So do MSM, refusing to expose it.

According to a new Quinnipiac University (QU) poll, support for the fraudster in the White House keeps shrinking.

During his first three months of impersonating JB, the fake Biden's approval rating was 53.4%.

Among respondents calling themselves independent, 60% expressed disapproval of his job performance.

In September, 52% of independents rated him poorly.

There's been virtually nothing positive about his time in office.

For the first time since usurping power, his disapproval rating surpassed numbers approving of his policies in August among most demographic groups.

Increasing disapproval is most pronounced among Black, Latino and Asian Americans, as well as among those with a high school education or less and young people aged-18 to 29.

Support among respondents calling themselves Dem supporters fell from 92% in July to 83% last month.

Among respondents saying they lean more toward Dems than Republicans, support plunged from 82 to 61% over the same time period.

According to a Gallup poll last week, Biden's approval rating among independents fell to 37% —  down from 61% since January.

Last Friday, an AP News poll showed his approval among independents fell to 38%.

Pocketbook issues are most important, most of the time, for US households.

For the vast majority of Americans, conditions are dismal at a time of protracted economic depression.

According to Shadowstats economist John Williams — his reported economic data based on how calculated pre-1990:

"Economic collapse (was) worse than headlined (while) recovery has been much weaker than indicated."

Real CPI inflation is 13.2% at a time when wages of most working Americans are more stagnant than increasing.

Sacking or suspending countless thousands of workers unwilling to sacrifice their health to toxic jabs as requirement for employment is making a bad situation worse.

So is the breakdown in supply chains that caused shortages of basic goods and higher prices.

Many hundreds of thousands of low-wage/poor-or-no-benefit jobs are unfilled.

At a time of dismal economic conditions for most Americans, an epic labor shortage isn't easing.

A severe energy crisis remains ongoing. The cost of heating homes and driving cars may be much higher in cold weather months ahead and stay higher for some time.

When US/Western households struggle economically and financially, the party in power is usually blamed.

Republicans are highly likely to regain control of the House in 2022 midterm elections, perhaps the Senate as well.

According to Politico this week, Dems "stare down an all-but-impossible map in the House and no seats to lose in the Senate."

Along with dismal economic conditions for most Americans, draconian flu/covid policies alienated growing numbers opposed to mass-jabbing madness with no end of it in prospect.

The worst of what's planned likely lies ahead.

Will refuseniks wanting their health protected be formally isolated from US/Western societies?

Will they be denied employment, education, transportation, and other access to public places?

Will they be denied the right to medical care when ill or injured if unjabbed?

Will what remains of a free and open society be abolished altogether on the phony pretext of protecting us?

Will tyranny that arrived unannounced become full-blown in the coming months?

When government becomes a mortal enemy of its people — based on Big Lies and mass deception or anything else — what Orwell called a boot stamping on a human face forever" is the new dystopian reality.

What his 1984 and Huxley's Brave New World portrayed is no longer fiction.

What was unimaginable not long ago is the virtual law of the land.

Rebellion against what no should tolerate alone can save us.

According to iTunes, the top song on its charts is titled, "This Is a War."

According to election modeler David Shor, November 2020 may prove to be high water mark of their power in Washington for the decade, the Times in frantic mode, saying:

If he's right, Dems "are on the precipice of an era without any hope of a governing majority" for a decade or longer.

In supporting privilege over equity and justice, it lost touch with most ordinary Americans, Shor contends.

Politico called him "one of the most in-demand (US) data analysts," now heading data science at Blue Rose Research.

Believing Dems are sleepwalking into an electoral catastrophe, especially ahead of 2024 elections, the fullness of time will tell if he's right.