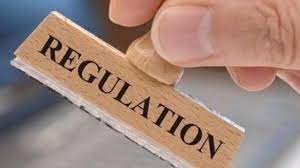 The mission of US/Western public health regulatory agencies is serving the interests of ruling regimes and Pharma.

Their actions are unrelated to protecting the health and well-being of ordinary people, privileged ones alone at their expense.

Based on how they operate, the public would be better served if they didn't exist.

Flu/covid is Exhibit A. Everything mandated and recommended is with destroying public health and harming maximum numbers of people in mind.

No matter how these agencies may have operated when established long ago, their current mission is world's apart from protecting public health.

Half or more of their funding comes from Pharma profiteers with strings to assure their interests are served no matter the cost to health and well-being of ordinary people.

They're responsible for around 300,000 cases of permanent disability, and up to about five million adverse reactions.

Everyone jabbed — especially the elderly — is playing Russian roulette with their health and lives, a high-risk game that's turning out badly for millions of unwitting people.

Most deaths are from toxins jabs contain, not the viral illness.

FDA data show a high risk of contracting one or more potentially deadly diseases — along with an increased risk of becoming ill from flu/covid.

According to Children's Health Defense (CHD), US regulatory agencies control "rule-making (with) almost no supervision by other branches of government."

The "phenomenon known as regulatory capture is the norm."

It's because regulatory agencies are staffed and/or controlled by officials from firms they're supposed to regulate.

Instead of serving the public interest, it's ignored in favor of corporate priorities.

The HHS, FDA, CDC, NIH, and other US public health agencies are controlled by and serve the interests of Pharma profiteers exclusively.

Time and again, harmful to health drugs are approved, withdrawing them the exception to the rule.

Of all US regulatory agencies, anti-public health ones are the most unscrupulous.

Approving health-destroying flu/covid jabs is the most egregious example of how the public is duped, defrauded and irreversibly harmed.

In the US/West, Pharma and other industry priorities are supported by ruling regimes no matter how harmful to the general welfare.

Discussing what it called the company's "rap sheet," the Corporate Research reported the following:

"In 2004 J&J agreed to pay up to $90 million to settle lawsuits linking the prescription heartburn medication Propulsid made by its Janssen subsidiary to several hundred deaths and many more cases of cardiac irregularity."

"In 2007 J&J recalled four million bottles of Listerine mouth rinse for children because of bacterial contamination."

"During 2009 and 2010 the company had to announce a string of recalls of medications, contact lenses and hip implants."

"The most serious of these was the massive recall of more than 136 million bottles of liquid Tylenol and Motrin for infants and children after batches of the medications were found to be contaminated with metal particles."

"The company's handling of the matter was so poor that J&J subsidiary McNeil-PPC became the subject of a criminal investigation and later entered a guilty plea and paid a criminal fine of $20 million and forfeited $5 million."

"It also came out during a congressional investigation of the matter that in 2008 J&J had engaged in what was labeled a 'phantom recall.' "

"When faced with Motrin IB caplets that were not dissolving property, McNeil hired contractors to buy up the products in stores while making no announcement to the public."

"Reports of operational deficiencies at McNeil operations continued to appear, and the company announced additional recalls, include one in January 2011 involving 43 million packages of Tylenol and other products."

"In 2011 J&J responded to pressure from the Campaign for Safe Cosmetics by agreeing to reformulate its baby products to remove ingredients regarded as carcinogenic."

"In 2013 J&J reached a deal with plaintiffs lawyers under which it would pay nearly $2.5 billion in compensation to an estimated 8,000 people who had received flawed hip implants."

"Also in 2013 Advanced Sterilization Products (ASP), a division of J&J subsidiary Ethicon Inc., had to pay $1.2 million to settle FDA allegations that it had produced and distributed adulterated and misbranded sterilization monitoring products."

"The following year, ASP paid a $136,800 penalty to the Environmental Protection Agency for the sale and distribution of unregistered and misbranded pesticides to veterinary clinics and laboratories nationwide."

"In 2016 two juries awarded a total of $127 million damages to women who sued J&J claiming that their ovarian cancer was caused by the talc in J&J Baby Powder."

"The company, which disputes the connection, appealed the verdicts but is facing more than 1,000 similar cases brought by plaintiffs' lawyers armed with company documents they say show that J&J was concerned about a link between talcum powder and ovarian cancer as early as the 1970s."

J & J's appalling record applies to many other drug-peddling firms to a greater, similar or lesser extent.

Some of their over-the-counter products are as harmful as toxic prescription drugs.

Going back many years, J & J was fined billions of dollars to settle criminal and civil cases.

Former US attorney general Eric Holder said the company's practices "recklessly put at risk the health of some of the most vulnerable members of our society — including young children, the elderly and the disabled."

Everything the firm and other Pharma profiteers were responsible for earlier pale in comparison to unparalleled harm caused by health-destroying flu/covid jabs throughout the West and elsewhere.

If US/Western public health regulatory agencies fulfilled what their mandate should be, flu/covid jabs never would have been OK'd for human use.

Instead, they continue destroying the health of countless millions of people with no end of what's going on in prospect — just the opposite.

Unsuspecting Americans and others abroad were duped into going along with what's harming them on the phony pretext of protection against flu/covid not gotten.