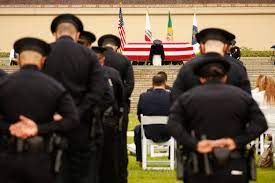 Large-scale reports of flu/covid deaths by the Pharma-controlled CDC are fake news.

Official numbers are artificially created to maintain a state of mass-hysteria.

What's been going on since last year is all about pushing maximum numbers of people to unwittingly self-inflict harm from jabs designed for this purpose.

As of October 13, CDC fake news reported 712,930 deaths attributed to flu/covid — as falsely indicated on their death certificates (sic)"  through public pressure, the agency adding:

"In at least 90% of these deaths, (flu/covid) was listed as the underlying cause."

"For the remaining (ones, the viral illness was called) a contributing cause of death."

Pre-2020, the CDC reported the following:

Flu/covid is safely and effectively treated without jabs.

Nothing remotely justifies their use even if safe. Indisputable peer-reviewed evidence proved otherwise.

Why shunning them is crucial for people in all age groups, especially young children, the elderly and others with weakened immune systems.

The vast majority of deaths reported from flu/covid is from toxic jabs, not the viral illness.

The true number of flu/covid deaths is likely less than 10% of what the CDC falsely reported.

All things flu/covid have been been blown way out of proportion to reality since last year as part of state-sponsored, MSM proliferated mass deception about a garden variety illness reinvented to be the leading cause of death in the US and West.

Dubious reports attributed his death to complications from flu/covid.

According to his family, he was fully-jabbed.

If his death was flu/covid related, it was from toxic jabs taken, not the viral illness.

What's misreported otherwise is part of a daily blitzkrieg of Big Lies and mass deception about all things flu/covid, especially about jabs designed to destroy health, not the other way around.

With overwhelming evidence around about safe and effective ivermectin, HCQ and other non-jabbing protocols, was Powell ignorant about what hundreds of thousands of Americans know — millions who shun toxic jabs designed to destroy health and kill?

According to a fake news CNN report last weekend, US police deaths from flu/covid are fivefold the number who died from gunfire — a bald-faced Big Lie.

The vast majority of deaths attributed to the viral illness for cops and others throughout the US are from toxic jabs — not an easily treated and cured viral illness by use of known safe and effective protocols followed within around 10 days of falling ill.

True to form as on virtually all major issues and most others, CNN's report about police deaths was fake news — compounded by more of the same, falsely saying:

Resistance to jabs by police is based on "disinformation (sic)."

Is resistance to jabbing by half of Chicago police because they've been misinformed?

Because of likely direct contact with individuals ill from flu/covid jabs, they have just cause to shun them for themselves and family members.

Not so according to fake news by a Chicago columnist, saying the following:

It's because they're "Trumpies (sic)." Shunning jabs "is the(ir) middle finger to science and authority (sic)," falsely adding:

"Not only does taking (jabs) serve and protect the public (sic), but it is a lifesaver for the police themselves (sic)."

Reality is worlds apart from the above rubbish.

If the columnist got fully-jabbed, his moment of truth awaits.

Many Americans and others jabbed who criticized their unjabbed counterparts got their comeuppance when falling ill, then facing a life and death struggle for those with serious cases.

Countless thousands of police across America and tens of millions of others nationwide shun toxic jabs to protect and preserve their health.

Going the other way assures losing it near-or-longer-term.

It's unreported when Powell was jabbed for flu/covid, then fully-jabbed, or if booster-jabbed. His family didn't say.

According to news reports, he was dealing with multiple myeloma, a cancer that forms in white blood cells.

Multiple myeloma is slow-growing, not always requiring treatment right away, according to the Mayo Clinic.

It's unknown how advanced the disease was for Powell and whether it contributed to his death. His family didn't suggest it.

Indisputable peer-reviewed science leaves no doubt about hazardous to health flu/covid jabs — why it's crucial to shun them.