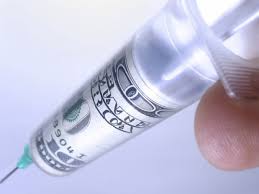 Nothing health related can be arbitrarily mandated — what's gone on since seasonal flu/influenza was renamed covid with diabolical aims in mind.

At well over 1,000 US colleges and universities, students, faculty and other staff are barred from campus activities unless fully-jabbed with health-destroying toxins.

For aspiring youths, access to higher education as it should be requires sacrificing what's too precious to lose.

"Federal EEO laws do not prevent an employer from requiring all employees physically entering the workplace to be" jabbed for flu/covid "as long as not in violation of "ADA (provisions) and Title VII of the Civil Rights Act of 1964 and other EEO considerations (sic)."

The above standard violates all things related to health, well-being, and control over our own bodies — a flagrant breach of international and US constitutional law.

In August, US Supreme Court Justice Amy Coney Barrett breached them by ruling against the "constitutional right to bodily integrity, autonomy, and of medical treatment choice in the context of (an unconstitutional flu/covid jabbing) mandate" — what Indiana Univ. (IU) students asked the court to ban.

In early October, Justice Sonia Sotomayor followed suit by denying an emergency request of NYC teachers to remain employed unjabbed with protecting and preserving their health in mind.

Their request followed an illegal order by mayor de Blasio to self-inflict harm or get fired.

For the third time on Wednesday, Justice Stephen Breyer sided with health-destroying jabs over the  right of Maine healthcare workers to shun them — their constitutional right overridden by Breyer's extrajudicial ruling.

She and likeminded extremists likely want them barred from all public places, including employment, education, access to medical treatment if needed — perhaps even food to sustain life.

The words "Equal Justice Under Law" that adorn the High Court's west facade and "Justice, the Guardian of Liberty" facing east are null and void more than ever.

Since the Court's 1789 establishment, the words on its facade belie its rulings and "supreme" allegiance to power.

"We the people" never mattered and surely is illusory now.

Privilege alone matters in the self-styled land of the free and home of the brave.

Egalitarian principles exist in name only.

Men, not laws or high moral standards, rule the US.

Executive, congressional, and judicial officials systematically lie, connive, and pretty much do as they please with special interests alone in mind that includes their own.

Federal courts especially, including the Supremes, are stacked with hardline extremists.

It notably shows when ruling on issues mattering most like protecting health from toxic jabs designed to destroy it.

There's little doubt about full court support for Pharma, along with all things related to flu/covid with destroying public health and what remains of greatly eroded freedoms in mind.

They'll be no political or judicial help ahead in the US/West for equity and justice under law.

The only solution is mass activism with teeth against what no one should tolerate.

All else is futile so it's up to ordinary people on our own to get visibly vocal — to go all-out for what US/Western dark forces and their MSM press agents want us denied.

With the books cooked for injustice, nothing else can work.