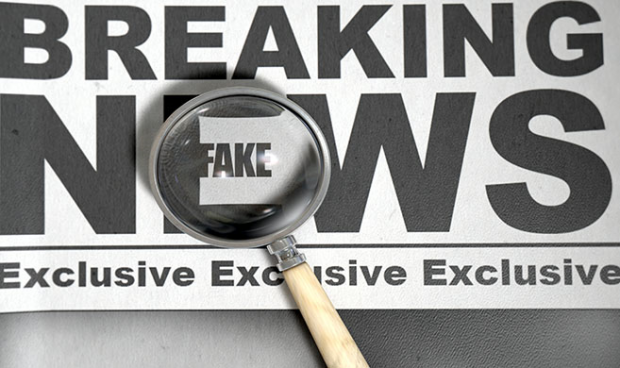 The above reality applies to MSM on all things most important for the public to know.

It's most important on all things flu/covid, especially about health-destroying jabs.

A conspiracy of MSM suppression of truth and full disclosure is all about pushing them and all else related to the mother of all state-sponsored health-destroying scams.

Throughout the West, nary a kernel of truth shows up in reporting about this most crucial of all issues — just the opposite.

On Sunday, a fake news Al Jazeera report discussed "how to fight" truth-telling about flu/covid it falsely called "misinformation."

Reading like a Pharma press release, it defied reality as follows, saying:

"The pandemic (that doesn't exist except among the jabbed) created a toxic legacy of misinformation and conspiracy theories (sic) that has mobilized opposition to" jabbing.

The 2016 documentary film "Vaxxed: From Cover-Up to Catastrophe" discussed the link between the MMR (measles, mumps, rubella) vaccine and autism.

According to noted health and fitness expert Gary Null, a child is diagnosed with the disease every 20 minutes — harmful to health vaccines responsible for the growing epidemic.

Research scientist Stephanie Seneff explained that autism at its current observed rate is projected to affect around half of vaccinated boys by 2025 — because of harmful vaccines injected into their bodies that are crucial to shun.

Null stressed that vaccines are "unsafe at any dose," adding:

"(O)fficial policy is founded upon flawed premises and a primitive understanding about the complexities of the human body and its multifaceted immunological system."

"Modern vaccine science…morphed into a new fascism, a rigid doctrine that has sacrificed the foundations of scientific integrity on the altar of institutional greed, privilege and profit."

"(A) body of research point(s) to vaccination's adverse effects upon our immune systems."

There's an alarming correlation between numbers of childhood vaccinations and illnesses among children, as well as autoimmune diseases in adults.

CDC claims about vaccines being "unavoidably safe" are refuted by irrefutable evidence of harm they cause because of toxins they contain.

Like US/Western MSM, Al Jazeera sticks to the fabricated official narrative on most all issues — notably on all things flu/covid, especially about health-destroying jabs.

Claiming that flu/covid jabs "provided us with the tools to combat the pandemic" ignored that what's officially reported doesn't exist.

At the same time, Al Jazeera willfully and maliciously suppressed information about millions of officially reported adverse events and deaths from toxic jabs.

Claiming there's "light at the end of a dark tunnel" because of mass-jabbing concealed a growing catastrophe from toxic kill shots.

Claiming as well that the pandemic — that doesn't exist — "caused the death of millions ignored that the vast majority of deaths attributed to flu/covid occurred among jabbed individuals.

Unjabbed ones are profoundly safer.

What Al Jazeera denigrated as "anti(jabbing) activists resorting to intimidation and threats of violence against healthcare personnel" is a bald-faced Big Lie.

It's also an affront to truth-tellers about all things flu/covid, especially about health-destroying jabs.

Al Jazeera further turned truth on its head by falsely claiming that critics of mass-jabbing pose an "obvious risk to public health (sic)."

Once again it got things backwards.

To its disgrace, Al Jazeera proliferates the same Big Lies they repeatedly feature.

Truth and full disclosure on this crucial issue is ruthlessly suppressed in the mainstream — in support of mass-extermination from toxic jabs, along with eliminating what remains of greatly eroded freedoms in the US/West and elsewhere.

A noted media critic once said that people confuse what they read in newspapers (or see on television) as news.

On virtually all major issues, it's rubbish, GIGO — garbage in, garbage out.

In the US especially, millions of mind-manipulated people are none the wiser to their detriment.