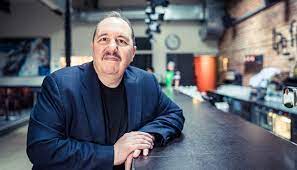 In my youth, we had a weekly television show called Family Classics. It showed films suitable for the whole family, even editing out scenes that might not be. And I've found this model to be useful for bedtime stories.

First of all, it can be a nice family moment to sit down together and watch an uplifting show. (More in a moment on finding such shows.) I wouldn't make this a primary means of education, but it works nicely as an adjunct.

One particular benefit of the Family Classics exercise is repeating those stories, or parts of them, as bedtime stories. Children, especially the younger ones, like repetition, and if what you watched was beneficial, then recounting it will be beneficial.

More than that, retelling the story gives you the opportunity to recount and emphasize parts that the child missed or didn't fully understand. That is, the story you watched allows you to remake specific point, expanding upon them, reinforcing them, and/or elaborating upon them.

In other words, family watching can serve as a useful tool.

Now, getting back to finding useful shows: Finding such shows can be difficult, especially because of the use of violence in our cultures. To explain this properly would take some time (and please see issue #61 of our Free-Man's Perspective newsletter if you can), but the fact is that we live in a war-based culture, in which violence features very heavily, whether it be the "good violence" of the hero or the "bad violence" of the villain.

For a variety of reasons – including the fact that a child knows he or she is woefully incompetent at violence and will understandably feel weak and vulnerable – this model should be avoided in children's stories. And if you hold that in mind while searching for good stories, you'll find that it excludes many of them.

Likewise tragedy and profound suffering are to be avoided. Yes, bad things do occur in our world, but a child forms best without being traumatized by them… and they are traumatic. Let me illustrate this with a story:

Following World War II, American military went on a good will tour through the Pacific islands, showing films and so on. On one of them, Ifalik atoll, they showed a Hollywood movie. It turned out to be the most appalling thing the islanders had ever seen (with people killing other people), leaving some of them ill for days.

Those of us raised on such violent fare may not remember our initial horror, but to discount it altogether would be a mistake. Children are not stupid, and they are sensitive. There is no reason to scar them and harden them. It makes sense to teach them about such things before they encounter them, but not long before.

That said, we need practical solutions. One of them is simply to edit what is seen. Jumping over scenes in a film may be clunky and problematic, but skipping rough episodes of a TV series isn't. So, a first and easy fix is to watch a reasonably good series, but skip over the episodes that enthrone violence or instill feelings of trauma.

Going through a long list of shows is a long, hard job, of course, and so I'll include a preliminary list as an appendix to this book.

For a long period of time, one of the strengths of Western civilization was that it taught children seven primary virtues, which were these:

Things that are taught to children, generation after generation, and which are supported by their parents, friends and neighbors… these are lessons that stick, and after a few generations such teachings become deep expectations; things that are simply part of the broader culture.

Do not make your children memorize this list. Rather, help them internalize the concepts. You don't even have to name the concepts: There's a radical difference between knowing the name of a thing, and knowing the actual thing.

You're looking to get the actual substance of the thing into your child. Names are secondary at best.

This is another lesson that made Western civilization more livable than any other civilization. And it was in some ways the precise opposite of Rome's tendency toward "might makes right."

Keep this concept in mind and emphasize it in your stories as you can: Doing the right thing organizes human energy better than seeking power or fame. As "good calls to the good," the best, most creative parts of human nature are engaged, overcoming the forces of soulless power-mongering, fear and intimidation.

In short, seeking and standing up for the right engages better forces than fear, shame, intimidation and violence… and in the end it wins.

That's a good message. In the present world, however, it must be accompanied with examples of courage, endurance and faith. Sadly, we live in times when doing the right thing comes at a price. This is something to instill more in the older children than the younger, but it must not be forgotten, or else we'll send them into the world unprepared.

Things Didn't Go As I Had Planned

The Twelve(ish) Days of Corbett