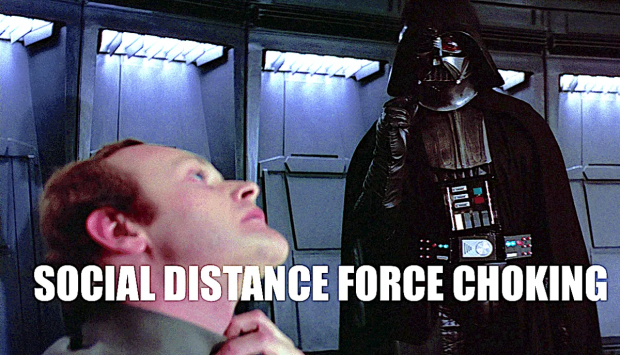 One rose does not a summer make.

One judicial ruling that upholds the rule of law does not turn the tide against a tsunami of others that went the other way on all things flu/covid.

What's gone on for nearly two years is self-evident to everyone paying attention.

Demonic US/Western war on public health and what remains of greatly eroded freedoms is all about aiming to eliminate both by unparalleled genocide through a syringe and establishment of ruler/serf societies worldwide.

Never before in the course of human events was anything more important to triumph over than the diabolical made-in-the-US plot against humanity.

It aims to transform planet earth into a virtual open-air prison for the vast majority of its inhabitants — ones surviving the mother of all holocausts that aims to exterminate maximum numbers of unwanted people worldwide.

With rare exceptions, the NYT, WaPo, CNN, National Pentagon Radio (NPR) and other MSM sold their collective soul to the demonic US ruling class in control of the White House and Congress.

Humanity's fate is up for grabs. A daily drumbeat of MSM-proliferated Big Lies and mass deception convinced most people to believe what harms them is beneficial.

Most all lawsuits to halt what's going on failed, including four ruled against by the US Supreme Court since August.

Along with defying international and constitutional law many times before, the High Court again proved that it sides with the devil most often, notably on the most crucial issue of all time — ruling against humanity's survival.

On Saturday, a panel of the 5th US Circuit Court of Appeals issued a restraining order.

It temporarily blocked the Biden regime's tyrannical mandate for private entities with 100 or employees "to ensure their workforces are fully (jabbed with health-destroying toxins) or show a negative test at least once a week" — that if positive is virtually always false, adding:

"This is not about freedom or personal choice (sic)."

"This is about (destroying public health, not) protecting yourself and those around you."

The Biden regime also requires healthcare facilities that receive Medicare and/or Medicaid payments to destroy the health of staff by mass-jabbing.

Federal employees are required to be jabbed with toxins or be regularly tested.

So are employees of regime contractors. Jabbing is mandatory for US military personnel.

Entities not complying with what no one should tolerate face stiff fines.

What the Biden regime mandated adversely affects about 100 million US workers.

Looking ahead, it's virtually certain that White House gangsterism will mandate health-destroying jabs for all Americans — with few or no exceptions allowed.

Ignored is that jabs increase outbreaks, other illnesses, hospitalizations and deaths — what they're designed for.

Mandating them for anyone for any reasons is a flagrant breach of international and constitutional law — that requires all things health related to be voluntary.

The law protects the integrity of our bodies against diabolical aims to harm them.

There's no ambiguity about the Biden regime's diabolical agenda.

It's going all-out to destroy public health by causing maximum harm to maximum numbers of people in the US and worldwide.

There's nothing remotely safe and effective about jabs designed to irreversibly harm health, not protect and preserve it as falsely claimed.

The Fifth Circuit's Court of Appeals ruled as follows:

"Because the petitions give cause to believe there are grave statutory and constitutional issues with the mandate, the mandate is hereby STAYED pending further action by this court."

Petitioners include many US businesses and individuals, Texas and other state governments, religious groups, the American Family Association and other advocacy groups.

Collectively, they sued to have international and constitutional law upheld — what Biden regime demons want abolished.

Neither they, the US Labor Department or its OSHA regulatory agency may legally mandate what flagrantly breaches international and constitutional law.

Lawyers for petitioners said the following:

"In an attempt to impose a nationwide (jabbing) mandate without approval from Congress, the (Biden regime) couched its…mandate" on an unconstitutional/OSHA-issued Emergency Temporary Standard (ETS) — when no emergency exists, an invented one alone to push its diabolical agenda.

The ETS "is neither a workplace rule nor responsive to an emergency."

"(T)here is no need to use an emergency rule to address (what's) been going on for nearly two years."

"Congress did not grant OSHA such sweeping powers in its authorizing statute."

Whatever the 5th Circuit's final ruling on this crucial issue, the Supremes will likely have final say.

If surprise by going the other way — a long shot at best — it'll be a historic triumph for the rule of law against the Biden regime's aim to abolish it in pursuit of its war on humanity with the worst of diabolical aims in mind.