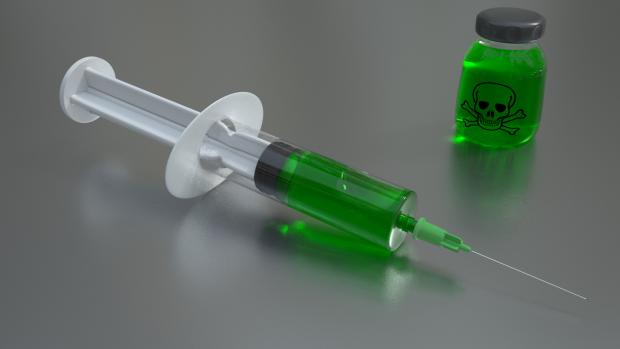 Nearly always on Sundays, one or more US anti-public health officials are given platforms to lie and deceive viewers about kill shots designed for mass-extermination.

On November 7, it was fraudster/genocide-supporter Vivek Murthy's turn in the barrel.

His mandate is all about conspiring with fraudsters/angels of death and human misery Fauci, Walensky and others like them — enlisted to irreversibly harm maximum numbers of Americans and others abroad with unparalleled genocide in mind.

Nothing these monsters say can be believed. Everything they support is with exterminating millions and billions of unwanted people worldwide.

The lot of them should have been prosecuted and sentenced to do hard time for the worst of unforgivable high crimes against humanity.

Whenever showing up on TV, they lie, mass deceive and defraud viewers.

Murthy lied claiming that mandated "requirements" by the imposter in the White House were put "in place" because they're "appropriate and necessary (sic)."

Only with mass-extermination and elimination of what remains of greatly eroded civil liberties in mind, he failed to explain!

Hazardous to health when taken as directed, they're crucial to shun.

The more kill shots taken, the greater the harm to health.

Murthy lied about a "pandemic" that doesn't exist except among jabbed individuals.

He lied claiming that kill shots aim to keep "our workplaces safe (sic)."

He lied about the number of daily flu/covid outbreaks.

Since early last year, numbers have been artificially inflated to scare maximum numbers of mind-manipulated people to falsely believe what harms health is beneficial.

He lied claiming that garden variety flu/influenza-renamed covid — that shows up every year like clockwork — is "hurting the economy (sic)."

He lied saying that "thousands of companies…realize (the) importan(ce)" of kill shots designed to destroy health, not protect or preserve it.

They're falsely labeled this way because US dark forces changed the definition of biological products.

Done in December 2019, it was with about-to-be-launched mass-extermination by toxic Pfizer/Moderna kill shots in mind — before issuance of emergency use authorization when no emergency existed, an invented one alone.

Pre-December 2019, labeling DNA-altering drugs this way would have been illegal.

If correctly labeled, mass-deceiving maximum numbers of people to take them might have been a much harder sell.

No matter how labeled, kill shots (and so-called antiviral pills) aim to destroy health, not the other way around as falsely touted.

Asked what's next if last week's 5th US Circuit Court of Appeals ruling holds — if what it called "grave statutory and constitutional issues with (the Biden regime's mass-jabbing) mandate" is ruled illegal, including by the Supremes, Murthy defiantly said:

"(N)othing is off the table…(T)he focus right now is" full speed ahead on toxic mass-jabbing.

Defying indisputable scientific facts, he falsely claimed that businesses that implemented the Biden regime's mass-jabbing mandate saw a reduction of outbreaks among their workers.

Pushing toxic jabs for kids aged-5 to 11, he lied claiming it's to keep them safe — knowing they're designed to destroy their health, the same diabolical aim for everyone taking them.

With undemocratic Dems controlling both houses of Congress and an imposter masquerading as cognitively detached from reality Biden, the measure is DOA.

According to international and constitutional law, along with medical ethics, "(p)arents should have the right to decide what is best for their children in consultation with their family doctor," Cruz stressed, adding:

"My view on (flu/covid jabs) remain(s) clear: no mandates of any kind."

The Biden regime "repeatedly ignored medical privacy rights and personal liberty by pushing unlawful and burdensome (jabbing) mandates on American businesses, and now they are preparing to push a mandate on kids by pressuring parents — all without taking into account relative risk or the benefits of natural immunity."

What Murthy called "a tremendous amount of progress" ignored millions of reported mass-casualties — including likely hundreds of thousands of deaths — in the US/West alone since last December.

Saying "we can't…take our foot off the accelerator until we're at the finish line" is the diabolical US/Western aim for millions and billions more of the same.

He lied claiming that he intends getting his "5-year-old (jabbed) as soon as possible (sic)."

Make no mistake. He, Fauci, Walensky, other US anti-public health officials and their co-conspirators won't go anywhere near kill shots for themselves and families — knowing they're designed with mass-extermination in mind.

Virtually everything they say publicly otherwise is false.

Ignoring their diabolical advice is crucial to protect health and well-being.

Going the other way is virtually certain to cause irreversible harm.