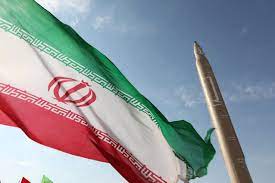 Lying with Malice Aforethought in Mind!

Ahead of going-nowhere JCPOA talks in Vienna next week, USCENTCOM General Kenneth McKenzie lied saying Iran is "very close" to being able to build a bomb.

He knows — or should know — that Israel is the only nuclear armed and dangerous Middle East country, that it maintains stockpiles of banned chemical, biological and other terror weapons.

He knows that Iran abhors nukes, wanting them eliminated everywhere.

He knows that not a shred of credible evidence suggests an intention by Iran to develop and produce nukes.

He knows that Iran hasn't attacked another country in centuries, that the Islamic Republic prioritizes peace, stability, cooperative relations and compliance with the rule of law.

He knows that Iran threatens no other countries.

Yet days ahead of nuclear deal talks set to resume in Vienna on November 29, he lied about Iran with malice aforethought, saying:

"They're very close this time (sic). I think they like the idea of being able to break out (sic)."

Knowing the above remark is a bald-faced Big Lie, he said it anyway.

Why? Was it part of continued, knee-jerk US demonization of Iran in line with what's gone on since its liberating 1979 revolution — gaining freedom from hegemon USA's control?

Or was it with something more sinister in mind?

Was it another shot across the bow to further undermine already DOA talks?

Was it the Biden regime's war department's way of making sure they stay DOA?

Was it with already planned greater war on Iran by other means in mind, perhaps harshly enough to risk things turning hot?

Like his Pentagon counterparts, McKenzie is a warrior abhorrent of peace and stability.

Rising in the ranks fastest comes from smashing other nations.

Generals are aided to get more of them.

Peace and stability slows or deters their ability to be the best that they can be at raping and destroying one nation after another.

Notably since the neoliberal 90s — especially post-the mother of all states-sponsored 9/11 false flags to that time — perpetual wars against invented enemies have been the hard-wired American way — with no end of them in prospect by hot and/or other means.

JCPOA talks are deadlocked going nowhere because Biden regime hardliners have no intention of complying with SC Res. 2231.

Its unanimous adoption made the landmark agreement binding international and US constitutional law.

Militantly hostile toward all nations free from their hegemonic control, dominant Biden regime hardliners have no intention of lifting illegally imposed sanctions on Iran or any other countries.

Longstanding US hostility toward Iran shows zero chance of easing.

Its hostility has nothing to do with alleged threats to US national security that don't exist.

It's all about US megalomaniacal rage to own planet earth, plunder its resources and exploit people at home and abroad worldwide as impoverished wage slaves, owning nothing.

By creating greater Middle East instability than already, McKenzie said CENTCOM is prepared to confront Iran militarily if ordered to go this far.

Undiplomatic Biden regime "diplomats are in the lead on this, but Central Command always has a variety of plans that we could execute, if directed," he said, especially if already DOA JCPOA talks fail.

According to White House special envoy for Iran Robert Malley, "(i)f they start getting too close for comfort…we will not be prepared to sit idly (sic)."

In stark contrast to hegemon USA's illegal abandonment of the JCPOA — E3 regimes following suit in deference to their higher power in Washington — Iran remains in full compliance with its nuclear deal obligations.

The Biden regime calls for "a mutual return to compliance with the" JCPOA (sic) — ignoring that hegemon USA and E3 vassal states alone are in breach of their obligations.

Price compounded his arrogance, insolence and hostility toward Iran by calling for "permanently preventing Iran from obtaining a nuclear weapon" — that the world community of nations knows it doesn't seek.

There's no ambiguity about its legitimate nuclear program with no military component.

There's no evidence suggesting a change of policy, nothing indicating noncompliance with its NPT obligations.

It's well known that Iran fully complies with what's required under international law across the board.

Its geopolitical agenda is in stark contrast to US-dominated NATO and apartheid Israeli breaches as official policy of their ruling regimes.

"We have a variety of other means (sic). We're discussing those with our" colonized vassal states.

Separately his boss Blinken menacingly said: "(A)ll of the options necessary to deal with this (nonexistent) problem" are on the table.

Do they have greater naked aggression in mind on multiple fronts?

Will they destroy planet earth by attempting to own it?

"Orchestrating photo op to sell fake narrative about need for 'mutual return to JCPOA' doesn't change reality that unlike the US, Iran never left the deal."

"Spin won't get the US anywhere. Wise decisions—like ending max failure—just may."

Iran's involvement in Vienna talks is with one key goal in mind — removal of all illegally imposed sanctions for political reasons alone.

With no prospect of Biden regime hardliners easing their war on Iran by other means, chances of removing what never should have been imposed in the first place are virtually nil.

"Met with the E3 political directors and senior officials from Egypt, Jordan, and the GCC to discuss 2 paths open to Iran: continued nuclear escalation & crisis, or mutual return to the JCPOA, creating opportunities for regional economic & diplomatic ties. Time to choose is short."

"@USEnvoyIran is exploiting the change of administration in Iran & 'memory lapse' of E3/EU to rewrite recent history."

Along with apartheid Israel, they're notorious for blaming invented enemies for their own high crimes and other wrongdoing against them.

Colin Powell And The Empire Of Lies