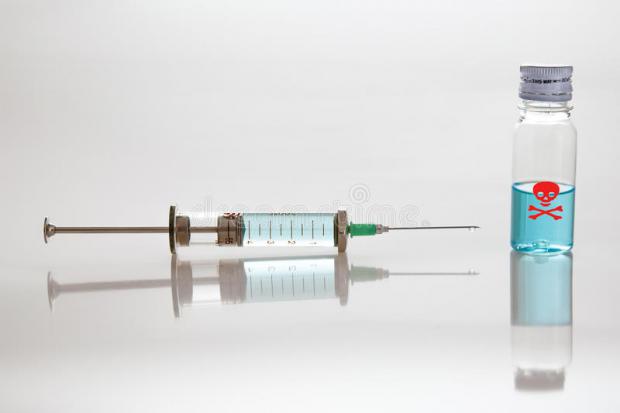 On Tuesday, he stressed what's revealed by indisputable peer-reviewed evidence, saying the following:

Truth-telling medical and scientific experts like Coleman and many numbers worldwide taught me what I know about the state-sponsored mother of all diabolical plots against public health and freedom with obliterating both in mind.

Citing clear evidence in a paper published by Circulation, Coleman said it "proves that (toxic mass-jabbing) has to stop today," adding:

Henceforth, any medical professional who administers another mRNA kill shot should be "struck off the appropriate register and arrested."

Publishing peer-reviewed material since 1950, Circulation is considered "the world's no 1 journal in the cardiac and cardiovascular system category" by experts.

The abstract of an article with scientific evidence crucial for every physician to know states the following:

"We conclude that the mRNA (jabs) dramatically increase inflammation on the endothelium and T cell infiltration of cardiac muscle and may account for the observations of increased thrombosis, cardiomyopathy and other vascular events following (jabs)."

According to Coleman, the above "is all (he), you — or anyone else — needs to know" about deadly mRNA kill shots.

The same reality applies to J & J, AstraZeneca, and other rushed to market jabs to cash in big on a bonanza of profits by destroying health with toxic kill shots.

"The endothelium is a layer of cells lining blood vessels and lymphatic vessels. T cells are a type of white cell," Coleman explained, adding:

"We always knew these jabs were experimental" and high-risk.

Serious adverse events and deaths they cause are known — or should be — by everyone who's done even a modest amount of due diligence that excludes health-destroying propaganda by anti-public health agencies, Pharma and MSM co-conspirators.

mRNA (and other) jabs don't protect against contracting flu/covid — a scientific fact.

They don't stop shedding and spreading toxins from jabs to others with whom they come in close contact.

The above facts are indisputable — though unreported by MSM in pushing kill shots with diabolical aims in mind.

"(V)ast numbers of deaths and serious injuries have occurred among people who have been jabbed," Coleman stressed — another indisputable scientific fact.

If mainstream 4th estate editors and reporters stuck to journalism as it should be — what's clearly not so — the health-destroying ability of kill shots would be daily headline news until the diabolical scheme stopped.

Since last year, Coleman stressed that flu/covid jabs are "certain to kill and injure."

Mass-deceiving millions to take them — knowing their irreversible harm — is the highest of high crimes against humanity too grievous to go unpunished.

Indisputable evidence exists from numerous truth-telling sources to show that this diabolical criminality must stop.

Coleman's truth-telling material on the most crucial issue of all-time can be found on his website: vernoncoleman.org.

Check it out. Follow it. The same goes for other reliable sources.

Shun MSM in all forms. On issues most important to most people — domestic and geopolitical — they conceal vital truths in favor of state-approved bald-faced Big Lies and mass deception.

All things flu/covid is the mother of them all — especially kill shots with mass-extermination in mind.

The more people who know what the diabolical scheme is all about, the easier and more quickly it can be halted before a red line of no return is crossed.

UK-based, The Lancet medical journal has been around for nearly 300 years.

On all things flu covid, it abandoned medical ethics by selling its soul to US/UK/Western dark forces and Pharma profiteers.

Its support for toxic mass-jabbing made it complicit with their diabolical health and freedom-destroying agenda.

"(T)he idea that 'the un(jabbed) threaten the" jabbed is wrongheaded.

Separately, he said that in his home country Germany and West overall, it's known that most "symptomatic (flu/covid) cases in patients aged 60 years or older were in fully (jabbed) individuals…"

Kampf called for an end to "the inappropriate stigmatization of un(jabbed) people, who include our patients, colleagues, and other fellow citizens…"

"The largest evaluation of breakthrough infections to date comes from the US," Kampf explained.

"(C)lear evidence (shows) the increasing relevance of the fully (fully-jabbed as a) source of transmission."

"Similar (evidence was) reported in the UK" and Israel.

"The increasing proportion of breakthrough infection in countries with a high (jabbing) level shows" that they don't work as falsely claimed.

"(S)tigmatiz(ing) (the unjabbed) is deeply discreditable or undesirable."

Stigma…negative(ly) impact(s) the quality of life of affected persons, their family, health programs and society."

"(S)peaking of a "pandemic of the un(jabbed)" is malicious slander.

US and German history are clear examples of enormous harm caused from discrimination by some against others.

Kampf failed to explain that indeed there's an ongoing pandemic — of the jabbed, not the other way around.

Evidence of the above in the US/West, Israel and elsewhere is indisputable.