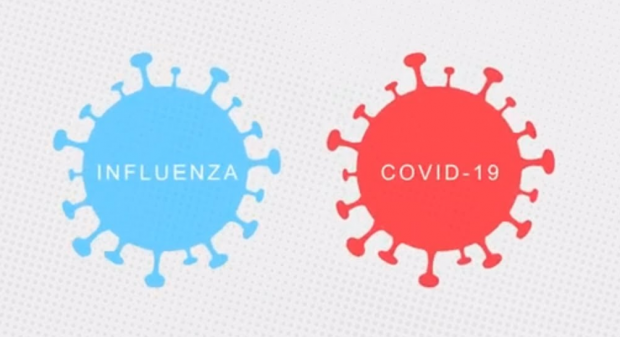 New ones show up, especially during the annual October - May flu season.

Virtually all alike, differences among them are "no more than .003%" — what former Pfizer chief scientist for allergy and infectious diseases Dr. Michael Yeadon explained.

With greatly slowed mass-jabbing rates in the US and Europe, it shouldn't surprise that a new more scariant than variant is headline news.

Claimed to have been found in southern Africa, it's being hyped with multiple diabolical aims in mind.

Stuff making headlines loved by MSM to generate more readers and viewers is in full-scare mode to convince refuseniks to self-inflict harm like their jabbed counterparts.

They, in turn, are being brainwashed to go along with forever-jabbing once or twice annually — what's next in line to be pushed.

The diabolical plot is built on a foundation of immunity not gotten from kill shots that's falsely claimed to be waning.

Hyping greater transmissibility and dangers of the omicron scariant is more fake news.

So is claiming that jabs gotten won't protect against the alleged new scariant that's virtually no different from others.

All of the above with likely more coming is the stuff that state-sponsored/MSM-proliferated fear-mongering propaganda is made of.

Fear-mongering-produced mass-hysteria has been and continues to be the strategy used since early last year to convince maximum numbers of people worldwide to self-inflict harm by going along with all things flu/covid, especially kill shots with mass-extermination in mind.

Not a shred of evidence suggests that any flu/covid strains are more scary than others.

Nothing was ever presented to suggest it — just take-my-word-for-it hype from official sources.

The NYT lying machine is front and center in promoting a new round of fear-mongering propaganda.

Saying a "new 'variant of concern' is fuel(ing) global fear of another virus surge" reads like all previous rubbish it published about flu/covid.

All of it is based on state-approved talking points with the worst of diabolical aims in mind.

What the pro-toxic mass-jabbing WHO dubiously called a "variant (read-scariant) of concern" — its scariest category — the Times went into high-gear fear-mongering mode as follows, saying:

Why hype the scare there and not somewhere else?

It's because the African continent is minimally affected by flu/covid outbreaks, serious cases, hospitalizations and deaths.

Why? Because many of the continent's countries use ivermectin and other known safe and effective protocols to treat the viral illness when occurs.

A new scariant on the continent aims to get more of its people to self-inflict harm from toxic jabs, along with other aims listed above.

Whenever US/Western dark forces want to push destruction of health and freedom more aggressively, fear-mongering is the strategy choice.

MSM can be counted on to proliferate fake news on demand.

The WHO-labeled "variant of concern" is no more scary than other flu/covid strains.

Reporting WHO fake news, the Times (in similar fashion to other MSM) said its (fear-mongering) "designation means that the (scariant) has mutations that might make it more contagious or more virulent, or make (kill shots) and other preventive measures less effective (sic)."

The WHO held an emergency meeting over nothing.

A statement followed that dubiously said "preliminary evidence suggests an increased risk of reinfection with this" scariant in people who've had and recovered from flu/covid (sic).

If you believe this rubbish, consider yourself more brainwashed than before.

According to science, individuals with natural immunity are safe from reinfection.

In pushing greater toxic mass-jabbing than already, the WHO invented its own fake news reality.

Saying little is known about the new scariant left unexplained that virtually all flu/covid strains are like — none more scariant than others.

Claims otherwise by any source is with diabolical aims in mind.

Travel and other restrictions being imposed in the West, Israel and elsewhere have nothing to do with protecting public health.

They're all about pushing the envelope further to destroy it, along with what remains of free and open societies.

It's about accelerating the pace of mass-extermination and establishment of master/wage-slave rule worldwide.

It's about the worst of diabolical aims essential to rise up against by all-out resistance.

Survival in nations safe and fit to live in depends on it.

Make no mistake. For maximum scariness, the omicron more scariant than variant will wing its way to Western countries, already arriving in a few.

It wasn't invented for fear-mongering-generated hysteria to stay in one or a few isolated parts of the world alone.