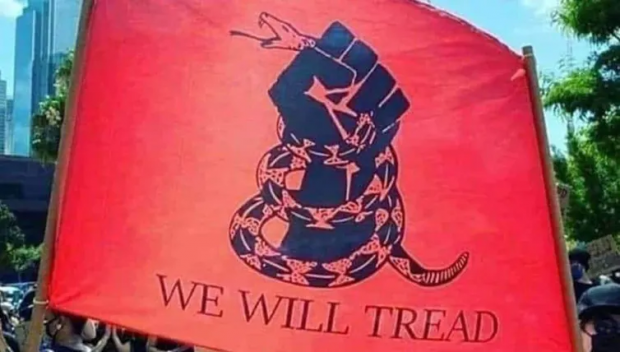 "The business of America is business," Calvin Coolidge once said.

All things economic and financial aim to benefit big business — at the expense of governance of, by and for everyone equitably.

The 1913 Federal Reserve Act handed Wall Street control of the nation's money, including printing and controlling its supply.

The Federal income tax was established in the same year to service federal debt owed to Wall Street bankers.

All things flu/covid related, especially kill shots, are with benefitting business — notably Pharma's — at the expense of public health, well-being and the rule of law.

A reader asked if it's accurate to say that a worldwide coup was launched to replace free and open societies with totalitarian rule.

The latter is how the US-dominated West has been increasingly operating throughout new millennium years.

What's ongoing since seasonal flu was deceptively renamed covid is taking things to the next level.

What's planned is a lower level of Dante's hell under full-blown tyranny.

The diabolical aim is transforming world community nations into ruler/serf societies, along with mass-extermination of unwanted people worldwide.

They prevented lawsuits to hold Pharma accountable for harm to millions from kill shots and other hazardous drugs.

They destroyed "our property rights (and) closed a million businesses for a year with no just compensation and no due process."

Bill of Rights protections no longer exist. The rule of law overall was abolished.

What's true in the US applies throughout the West and elsewhere.

On all things health-related, the "law" is what Fauci, Walensky and likeminded fraudster/monsters say it is.

In a matter of months, all international and constitutional rights were "obliterated" by Biden regime hardliners and vassal state partners.

What's going on since undemocratic Dems usurped power by brazen election theft has been and continues to be "a global coup d'etat" against democracy as it should be.

If enacted into law, health passports will be a coup de gras to eliminate what remains of freedom.

They'll know all about you by electronic surveillance.

Big Brother in Washington and its emissaries abroad will be able to make a list of the jabbed, whether fully jabbed, and others who remain unjabbed wherever electronic tyranny is imposed — instituting it globally the goal.

Checking it twice, they'll know where you are, what you've done or not done.

They'll know who's been naughty or nice.

They'll know when you're sleeping.

They'll know when you're awake.

They'll know who's jabbed and unjabbed because they'll know your medical and financial history through electronic mass surveillance and other breaches of privacy.

Digitized currency they want imposed will know everything you buy and don't buy.

State-sponsored, MSM-proliferated fear-mongering makes the worst of all possible worlds possible by brainwashing most people to believe what's harmful is beneficial.

Resisting the most diabolical scheme ever hatched by dark forces anywhere is the only way to save what ruthless Biden regime officials and complicit partners want destroyed.

The alternative is the transformation of Western and other states into ruler/wage slave societies — all rights abolished except for the privileged few.

If that's not worth challenging all-out to prevent, what is?