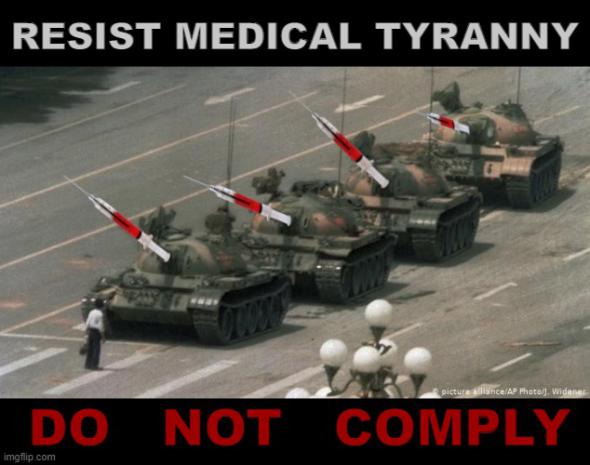 Medical tyranny is the law of the land in fantasy democracy Australia.

As in the US-dominated West, the real thing is virtually banned.

On kill shots and all else flu/covid related, zero tolerance is official Scott Morrison regime policy.

It's on the chopping block for elimination altogether — throughout the US/West and in Australia.

The land down under is unsafe and unfit for its citizens, residents and visitors — even for the world's No. One-ranked tennis star Novak Djokovic.

Given a visa and medical exemption to compete in the January Australian Open — despite not revealing whether he was jabbed or not — it was arbitrarily cancelled.

On arrival in Melbourne last week, he was unacceptably detained and quarantined — despite being fit, well, able to compete while posing no health threat to others.

If so, Djokovic could again be detained and deported.

On arrival in Melbourne last week, he provided proof of a visa and medical exemption granted him to compete in the 2022 Australian Open.

"The point I'm somewhat agitated about is what more could this man have done," Kelly stressed.

According to Djokovic's lawyer Nick Wood:

A transcript of his remarks with Border Force officials at Melbourne's airport showed a "repeated appeal to the officers…that to his understanding, uncontradicted, he had done absolutely everything that he understood was required for him to enter Australia."

Kelly noted that "(a) professor and qualified physician provided (Djokovic with) a medical exemption, the basis of which was given by an independent expert panel established by the state government…"

Despite release and reinstatement of his visa, Judge Kelly's ruling may be overturned, according to his father, Srdan.

He brother, Djordje, said the following:

"What we can do is to let this be known all over social media."

"They want to capture and lock up Novak again."

"We're currently consulting with PRs about next steps."

"He is at the moment with his lawyers in the room they were during the hearing, thinking about options."

"I mean, is Australia a country that is based on the rule of law, or is it a country where government's can exercise arbitrary power?"

"I mean frankly, if that judgement this morning is overruled, then what is the difference between Australia and a banana republic?"

On Sunday, a spokesman for minister Hawke said the following:

"Following today's Federal Circuit determination on a procedural ground, it remains within (his) discretion to consider cancelling Mr. Djokovic's visa under his personal power of cancellation within section 133C(3) of the Migration Act."

"The minister is currently considering the matter and the process remains ongoing."

According to Australian MSM, Hawke won't likely announce a decision until at least Tuesday.

"Whether or not I agree with Djokovic on some things, justice has spoken and has said he has the right to participate in the Australian Open, and I think it is the fairest decision."

"I wish him the best of luck."

Sources cited by the Sydney Morning Herald said no rearrest and detention occurred.

What may be ordered hasn't happened so far.

It's up to minister Hawke to decide if Djokovic can compete in the Australian Open or be rearrested, detained, deported and banned from returning to the country for three years.

Given the transformation of Australia into a draconian police state, the rule of law abolished,  international tennis authorities should strongly consider moving the Australian Open elsewhere.

"Lunatics in Australia are going mad about the fact that world hero Novak Djokovic has been allowed into the land of criminals and sharks without having been jabbed."

"The many jabbed Australians are apparently peeved because although they've risked their lives by allowing idiot doctors to stick an experimental, provably toxic drug in their bodies, Mr Djokovic (being of sound mind) has refused to take part in the scam."

"The truth, of course, is that the (flu/covid) figures in Australia suggest that the enthusiasm for jabbing has been as big a failure as it has everywhere else in the world."

"The bottom line is that the daft locals don't like Mr Djokovic being allowed into their country without him sacrificing his health, his freedom and his future as they have done."

Coleman added more, including that hundreds of elite athletes have been irreparably harmed by kill shots.

Many can no longer compete in their chosen sport. Others already died.

Once gotten, harm to health cannot be reversed.

No one of sound mind should go anywhere near jabs designed to destroy health — not protect it as falsely claimed.

4 Comments in Response to Draconian Australia v. World's No. One: Part II

Circumcision also has horrific origins in the ritualistic offering of: Bris - The Brit Milah.

I hope my honest and frank language is not considered "lewd or crude". In my opinion: Circumcision is non-consensual GM, that traumatizes the baby and irresistibly alters early brain formation. Reference: Paul D. Tinari, Ph.D, Director, Pacific Institute for Advanced Study.

Vaccines, at their origin; were designed to cull / depopulate the masses. Same thing with traumatic birth, cutting the placenta cord and genital mutilation. Handicapping the maximum potential of the human. Very sad world to be born into ignorance and coming of knowledge.