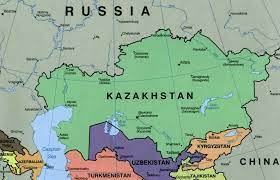 After made-in-the-USA violence erupted in Kazakhstan on January 2, there never was any doubt of its outcome after Russian-led Collective Security Treaty Organizations (CSTO) peacekeepers arrived in response to President Tokayev's call for help.

At this time, it's all over but the postmortems.

"The main mission of the CSTO peacekeeping forces has been successfully completed."

"In two days, a phased withdrawal of the united CSTO peacekeeping contingent will begin."

"The process of withdrawal of the contingent will take no more than 10 days."

"The plan of attack on Kazakhstan included a number of different aspects."

"Since it was an armed aggression on the part of (made-in-the-USA) international terrorism, Kazakhstan legally appealed to its (CSTO) partners…to send a peacekeeping contingent."

"We could have completely lost control over Almaty," the country's largest city.

A (Biden regime-orchestrated and directed) terrorist war was unleashed against our country."

"The enemy showed extreme cruelty and readiness to take any steps."

It "sowed fear among the population to suppress even the very idea of resistance."

"The plan of attack on Kazakhstan included a number of different aspects: military, political, ideological, disinformation and others."

"A well-organized and well-prepared act of aggression against Kazakhstan with the participation of foreign fighters mainly from Central Asian countries, including Afghanistan."

"There were also fighters from the Middle East."

"The idea was to form a zone of controlled chaos on our territory with the subsequent seizure of power."

"Therefore, an anti-terrorist operation was launched in Kazakhstan."

A nationwide state of emergency remains in force until January 19.

Days of well-planned in advance violence and destruction caused from $2 - 3 billion in damage, Tokayev explained, based on the latest estimate.

Ignoring his likely personal involvement in the Biden regime's coup plot, interventionist Blinken falsely accused Russia of "repeated acts of aggression against its neighbors going back more than a decade (sic)."

Ignoring reality on the ground, he dubiously said "(w)e have real questions about why it was necessary to call in this organization that Russia leads and is a part of (sic)."

"These ought to be things that the Kazakhstan can handle on its own (sic)."

In response to the above and similar rubbish, Russian Foreign Ministry spokeswoman Maria Zakharova said the following:

"I can very much understand the anger and the hatred of the people in the West currently criticizing of expressing their bewilderment regarding the CSTO actions and the Kazakhstan's request, considering (how they raped and destroyed) Afghanistan" and other countries.

So the US-dominated West falsely calls Russia an "aggressor (sic)."

Ignored was that President Toyayev requested help from Russia and other CSTO states.

Their involvement "stop(ped) the bloodshed" and widespread destruction.

Don't ever expect the US-dominated West to praise, endorse or otherwise support a "well-coordinated, precise and legitimate" operation against terrorists recruited from abroad.

Involvement of CSTO peacekeepers foiled the Biden regime's coup plot and began to restore stability to the country.

He unacceptably invented "ghosts of the USSR," adding:

Did he expect Kazakh leadership to confront "armed gangs of militants…with their bare hands?"

"Scaremongering about re-sovietization will not help to take revenge on attempts to build a unipolar world."

"Fewer and fewer people believe in the myth of American exceptionalism in today's realities, and (Blinken's) statements resemble rhetoric of the Cold War and bloc confrontation."

By foiling the made-in-the-USA coup attempt, Russia and other CSTO nations gave the Biden regime a black eye.

Hopefully more of the same will follow until the unparalleled threat posed by hegemon USA to everyone everywhere no longer exists.