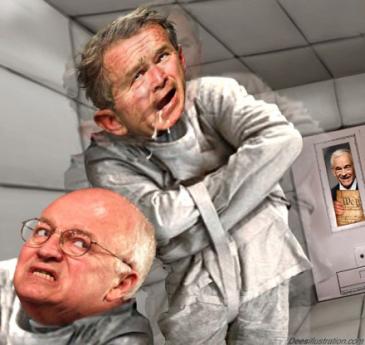 The doctor checks on his patients

These past few weeks have provided an unfortunate opportunity to discuss inflation.  The dollar index has reached new all-time lows. The total money supply, M3, as calculated by private sources, is growing at a disturbing 17% rate.  The Fed is pumping dollars into the economy at an alarming rate.  Just recently the Fed announced new loan auctions totaling $100 billion.  That is new money created from thin air.  If these money auctions, combined with the bailout of Bear Stearns, continue to be the trend, we are in for some economic stormy weather.  The explanation lies in understanding the basics of money, and why it is dangerous to give government and big banks control over it.

First, money is not wealth, in and of itself.  You cannot create more wealth simply by creating more money.  Wall Street bankers cry out for more liquidity, but what is really needed is more value behind the dollar.  But the value, unfortunately, isn't there.

You see, the Fed creates new money and uses it to purchase securities from banks.  Flush with funds, these banks seek to put this money to use.  During the Fed's expansionary period, much of this money went to home loans.  Through a combination of federal government inducements to lend to risky borrowers, and the Fed's supply of easy money, the housing bubble took shape.  Fannie Mae and Freddie Mac were encouraged to purchase and securitize mortgages, while investors, buoyed by implicit government backing, rushed to provide funding.  Money that could have been invested in more productive, less risky sectors of the economy was thereby malinvested in subprime mortgage loans.

The implicit guarantee from the Fed is quickly becoming explicit, as those institutions deemed "too big to fail" are bailed out at taxpayer expense.  Wall Street made a killing during the housing bubble, reaping record profits.  Now that the bubble has burst, these same firms are trying to dump their losses on the taxpayers.  This approach requires more money creation, and therefore debasement of all dollars in circulation.

The Federal Reserve, a quasi-government entity, should not be creating money or determining interest rates, as this causes malinvestment and excessive debt to accumulate.  Centrally planned, government manipulated economies always fail eventually.  The collapse of communism and the failure of socialism should have made this apparent.  Even the most educated, well-intentioned central planners cannot plan the market better than the market itself.  Those that understand economics best, understand this reality.

In free markets, both success and failure are options.  If government interventions prevent businesses, like Bear Stearns, from failing, then it is not truly a free market.  As painful as it might be for Wall Street, banks, even big ones, must be allowed to fail.

The end game for this policy of monetary inflation is that the money in your bank account loses purchasing power.  So, by keeping failing banks afloat, the Fed punishes those who have lived frugally and saved.  The power to create money is a power that should never be granted to government.  As we can plainly see today, the Fed has abused this power, and taxpayers are paying the price.