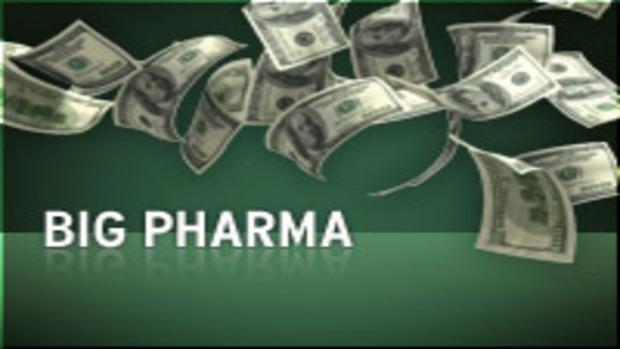 According to OpenTheBooks.com (OTB below), the Pharma-controlled National Institutes of Health (NIH) hid royalty payments of around $350 million to former NIH head Francis Collins, fraudster Fauci, his NIAID deputy Clifford Lane — and others on the take from 2010 - 2020.

How many millions more remain to be revealed before and after this time frame?

Hundreds of scientists received dirty money for supporting Pharma profiteering and their own self-interest — at the expense of what public health is supposed to be all about.

Last December, Collins stepped down after heading the NIH for 12 years.

Along with disserving as the fake Biden's chief medical advisor, Fauci heads the NIH's National Institute for Allergies and Infectious Diseases (NIAID), a position he's held since 1984.

Overseeing the agency's multi-billion budget, he's been profiting from royalties gotten from drug development for Pharma.

Instead of serving the public interest by combatting infectious diseases and allergies, he prioritizes cashing in big — what he's done for decades.

"(H)e (then) walks (them) through the FDA approval process, which means then Medicare and Medicaid…pay for" what benefits Pharma and himself.

"He helps negotiate…beneficial deals with (Pharma), and then the money comes back to him and his staff through royalties."

"(I)nstead of researching and trying to stop all these chronic diseases from happening to our children, he's ignoring all of that and simply…printing money" for Pharma's enrichment and himself.

Throughout his NIAID tenure, he's been indifferent toward public health.

Operating as a profiteering con artist, he's worlds apart what public service should be all about.

The same goes for Collins, the CDC's Wallensky and likeminded fraudsters.

Based on information revealed by OTB, payoffs to US public health officials and scientists amount to a conflict of interest.

More about them and their precise amounts need to be disclosed.

Disclosure of the above information followed OTB's "federal lawsuit vs. NIH," adding:

The agency revealed only 1,200 pages of documented payouts.

At the same time, "NIH documents are heavily redacted" so lots of important information remains concealed from public view.

At this time, amounts paid to Collins, Fauci and others were redacted.

The agency continues to keep as much of its dirty linen secret as possible, OTB saying:

"NIH defied the federal Freedom of Information Act law and refused to even acknowledge our open records request for the royalty payments."

"Although the agency admits to holding 3,000 pages, it will take ten months to produce them (300 pages per month)."

"With Judicial Watch as our lawyers, we sued NIH in federal court last October."

"NIH is heavily redacting key information on the royalty payments."

"The agency erased…payment amount(s) and who paid" them.

"This makes the court-mandated production virtually worthless, despite our use of the latest forensic auditing tools."

HHS, NIH, NIAID, FDA, CDC and other US health-related agencies are destroyers of public health, not their protectors as falsely claimed.

The nation and its people would be far better off these Pharma-controlled agencies were shut down and no longer existed.

Americans use far more drugs than any other nations.

On average, they pay around double the amount compared to what it costs consumers in other developed nations.

They've been especially harmed since kill shots were rolled out in December 2019.

If fail to stop mass-jabbing, "we are doomed."

The only pandemic that exists is among jabbed individuals.

Staying unjabbed is crucial to protect and preserve health.

"For longer than I like to think about it, I have been warning about the dangers of" flu/covid jabs, Coleman said in early 2021, adding:

A "year ago, I warned that (flu/covid was a) fake pandemic…that experimental (jabs) are dangerous and produce many potentially deadly side effects."

The health of countless millions throughout the US/West and worldwide has been irreparably harmed.

"Not a single member of my senior command has discussed my concerns with me."

"I have nothing to gain and everything to lose by talking about it."

"I'm okay with that because I am watching people get absolutely destroyed."

She and other US military physicians were ordered to stay mum about what's been going on since mass-jabbing began.

Military whistleblowers are being punished for revealing what's crucial to know.

Within days after mass-jabbing US military personnel for flu/covid began, thousands of "health impact events" were reported.

How many more went unreported is unknown.

Nor is there information on the seriousness of health issues experienced or numbers of US military personnel killed by jabs.

Short-term it caused redness, swelling and fever that's associated with all jabs.

From 1990 to 2001, over two million doses of anthrax toxins were administered to US military personnel.

According to Stars and Stripes, the VA denied over 80% of claims filed by vets for health issues related to the Gulf War and/or anthrax jabs.

Like earlier, US military personnel are once again being used and abused as unwitting lab rats.

One Gulf War vet's lament was as follows, saying:

"Was the character of my valor less intense than those at Lexington?"

"Was the pain of my wounds any less severe than those at Normandy?"

"And was my loneliness any less sorrowful than those at Inchon?"

"Then why am I forgotten amonst those remembered as 'heros?' "

The practice flagrantly breaches the Nuremberg Code. Its 10 points include the following:

3. Procedures based on positive experimentation results.

5. Whatever risks death or disability is forbidden.

8. Only scientifically qualified individuals should conduct them.

9. At any time during treatment, individuals may cancel it at their discretion.

10. Scientifically qualified individuals involved must terminate procedures if too high a risk of harm to human health exists.

Flu/covid mass-jabbing — especially when involuntary — breaches the letter and spirit of what medicine as it should be practiced is all about.

First and foremost, do no harm.