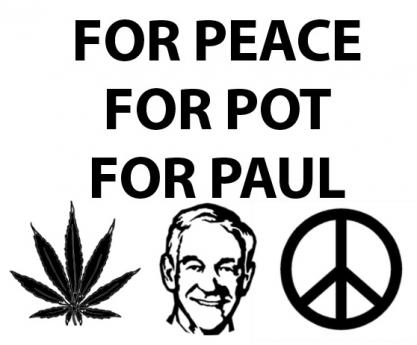 K.K. Forss does not claim medical marijuana solves all his problems. His pain from a ruptured disc in his neck is debilitating.  He is unable to go to work or to the First Baptist Church he used to attend because of the pain and muscle spasms. Taxpayers through Medicare spend over $18,000 a year on his various medications.  Half of those drugs are strong narcotics.  The other half address the various side-effects brought on by the first half, such as nausea, heartburn, heart palpitations, difficulty sleeping, and muscle spasms.

No, marijuana would not completely address all his pain, but it made a tremendous difference in the quality of his life when he tried it for over a year. It helped him regain 38 pounds he had lost.  It calmed his muscle spasms and helped him sleep. In short, it alleviated many side effects and greatly reduced his need for other expensive medications. Mr. Forss estimates that being allowed to use medical marijuana would save taxpayers at least $12,000 a year in medications he would no longer need. He would also be able to work occasionally and attend some church services.

Scientists at the University of California at Davis recently completed a study that backs up Mr. Forss’s experience, finding that cannabis demonstrates significant relief of neuropathic pain. Many in government call for more studies while people like K.K. Forss suffer.  More studies will not change what many patients already know, and that is for some, medical marijuana helps their pain.  But over-reaching government gets in the way.

K.K. Forss lived in constant fear of federal and state officials so he eventually stopped taking medical marijuana and switched to his more rigorous and expensive pill regimen. Presently, twelve states have passed legislation allowing marijuana, under certain conditions, to be prescribed legally by doctors for patients who could benefit from it.  K.K. Forss lives in Minnesota, where it is not yet legal.  However, even if it is legalized by the state, Mr. Forss will still have plenty to fear from the Federal government, as cannabis dispensaries and clinics that operate under these state laws are still under fire from the Drug Enforcement Administration.

In other words, the federal government sees fit to use our tax dollars to raid state sanctioned healthcare clinics, to imprison and fine patients and operators, in order to compel people like Mr. Forss to be bedridden and overmedicated at great taxpayer expense every single day.

The Federal government should recognize that states have the authority to decide these issues.  This affords all states the opportunity to see which policies are most beneficial. As a Congressman and a physician, I strongly advocate that healthcare decisions should be made by doctors and patients, not politicians or federal agents, which is why I am an original co-sponsor of the recently introduced “Medical Marijuana Patient Protection Act” which would bar the Federal government from intervening in such doctor/patient relationships that violate no state law.

The bottom line is that K.K. Forss should be treated as a free American. Mr. Forss is one of many who would like to use marijuana medicinally because it helps him.  Politicians and bureaucrats have no right to interfere.