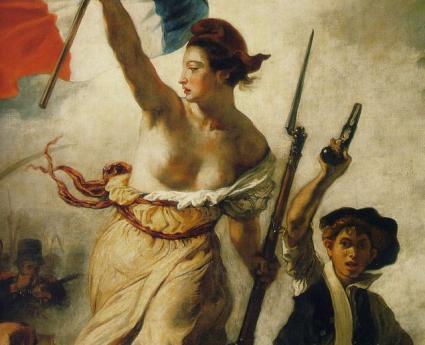 Charge!!!!
The candidacy of Wayne Allen Root is yet another in a long line of attempts to use Libertarianism for purposes having nothing to do with the philosophy of freedom. What does he hope to gain? Notoriety to feed his gambling ventures? A well burnished ego? Does it matter?

His candidacy has reached depths previously unplumbed. Normally, ambitious and well-heeled wanna-be presidential candidates confine themselves to meaningless but entertaining flights of oratory. Since these platitudinous extrusions sell some extra packages we have long tolerated such ego indulgences. And Root followed the usual pattern – until Indiana. There things changed.

Using as his mouthpiece Mark Schreiber, a former LP employee whose debts to the LP were eventually written off, Root launched an obviously carefully planned attack on the most credible candidate opposing him, long time activist Dr. Mary Ruwart. Root stayed away from the Indiana LP Convention, letting Schreiber do the dirty work for him. At the candidate forum, in the morning session, Schreiber loudly accused Mary of approving of pedophilia. Mary produced forthwith her book that says otherwise. Later Schreiber blurted out that it would not have happened if Ruwart had agreed to accept the nomination for vice-president.

An honest moment in a campaign of lies.

It was an attempt at 'the big lie' that blew up in their faces. Anyone who has known Ruwart for very long knows the attack to be a complete slander of her personally and a misrepresentation of Libertarianism. The tactics of attack within political parties are not new to the LP, but never has the attacker been more plainly exposed.

The entry of Ruwart into the field of candidates provides the opportunity we have long needed, the opportunity to renew the original purpose for which the LP was founded.

The Libertarian Party was founded to advance the cause of individual freedom in the aftermath of the destruction of the Goldwater Revolution.

Ron Paul is a classical conservative in the Goldwater mold, a libertarian. Those who today use the word, 'conservative' are something very different.

In the mid 60s the word 'conservative' was hijacked through the efforts of people who were then called Rockefeller Republicans. Rockefeller Republicans were a small cadre of individuals who were using politics to ensure their continued subsidies through military adventuring by the US and a lock on the sale of gasoline. Their motivations were not ideological but to profit using any means necessary.

Today we know their replacements as NeoConservatives.

The Libertarian Party was intended to create the common ground for freedom between Right and Left, carrying the freedom message to the mainstream of America. Individual rights were our rallying cry.

For some of us freedom has been a life-long time issue.

As Libertarians what matters is making freedom happen. All too often in our movement words have been used to profit individuals who simply want to make a living in politics. We have accepted words instead of insisting on real change, real revolution. We need to become far more discerning. Just because someone has money and is willing to support a campaign staff does not mean they are a Libertarian.

Our movement started because of the yearning we felt to experience our own freedom back when the specter of the Vietnam War hung over America. We watched as Richard Nixon instituted Wage and Price Controls. We supported both civil liberties and economic freedoms. We left the GOP taking our power into our own hands, coming together locally to reach out to others with the message that they should be free – and settle for nothing less. Then, the freedom movement was local. Then, we did not sell the nomination to the highest bidder.

After listening to ad nauseum discussions over the years on various plans for fooling people into accepting freedom it was clear to me by 1988 that freedom was a condition that most did not understand. Before you can find something you need to know what it is you seek.

Yes, we started a political party. But our intention was never to make the existence of the LP an end in itself. We never intended to 'be a presence for the ideas of freedom.' We intended to enact freedom using the LP as our tool. The point of having a Libertarian Party was to fulfill the vision that made America a shining hope for the entire world. That vision still brings tears to our eyes, it remains the goal. We did not come together to make money, burnish egos, or make deals with politicians by selling the rhetoric and letting them use the 'brand' of freedom for their own designs.

Freedom is not rhetoric, it is the power to own your own life, make your own choices, discover the best in yourself and others. Freedom is crafting that life with the power God placed in your hands from birth. Freedom is an absolute. It is a whisper in your ear that says, take your life and live it, own it, make of it the glorious truth that speaks the best within you. The choices are yours as long as you do no harm. That was our joint intention when the LP was founded. But life happened.

We have taken wrong turns, compromised, sold out and bought in. All of that and more is true. But we can change direction, renewing our commitment, our party, and taking into our hands the work that remains to be done.

Root would have you view a life lived under the control of government as freedom. He is wrong.

Root has never understood that war is waged equally against those we bomb and on we who pay for the bombs. He does not feel the horror of honorable men and women, barely grown, who march off to kill for corporate profits. He sees 'terrorism' not for what it is, the newest boogie man used to frightened Americans into acquiescence and silence. Root also has failed to understand that a free market has never existed because the underlying freedom for each of us to choose has never been affirmed.

Iraq was not a mistake. It was a crime carried out by this administration at the behest of and for the benefit of the Bush 'core constituency.'

The rapacious greed of those who would put our money and lives into their own pockets kept that from happening. Divided we can be controlled. United we can win through to freedom.

Root and his ilk ignore the fact that until each of us is free of the limitations imposed on us by statute none of us are free. Laws that limit our rights violate the Constitution and bring moral bankruptcy. Freedom is the one thing in life you will never have until you give it to everyone.

Root has been critical of Ron Paul, attacking the Congressman fo lacking eloquence. What Root actually means is that Dr. Paul is uncompromising on freedom. Paul's words and obvious sincerity, not polished and deceptive delivery, are his strength. Paul simply says what he means and what he has lived.

Such as Root are incapable of understanding that in the cantankerous physician from Texas we see the essence of Libertarianism lived out through the life of a man who, understanding the principles, exemplifies the courage of his convictions. It is easy to speak the words of freedom, hard to live those words, transforming them from words into a consistent record that says, 'yes' to freedom in the face of sneers and contempt. Ron Paul has done that.

Root is a retread of past candidates who believe that we need a messiah to lead us. Look in the mirror to find the one you should follow. Look into your heart and mind and say YES to a campaign that delivers the reality of freedom. We hold the power in our own hands to live our own lives in community with others. That was the original Revolution, that is the essential lesson repeated when the LP was founded and most recently by the Ron Paul Revolution. Now we can take the Revolution home to America and finish the job we began in 1971.

The Ron Paul record of commitment galvanized the Ron Paul Revolution. It has created the opportunity of the campaign to come. But Ron will not be on the ballot this November. We need a candidate who is, like Ron, themselves the message.

Americans are ready for freedom, hungry for it, despite the dangers we face today. And there are dangers and problems to be overcome. But it can be done.

Freedom brings no guarantee of anything but the right to seek your own happiness and fulfillment. Freedom promises us nothing - but is everything. Such as Root sneer at absolutes but freedom is just that, an absolute.

Go to Denver and choose freedom, nominate Mary Ruwart. Renew and affirm the mission we took up in 1971. America is hungry for hope, ready to be free. This November, if you choose right, our candidate can give Americans what they so desperately want and need. If victory was ever possible this is the time.

My Talk at Porcfest