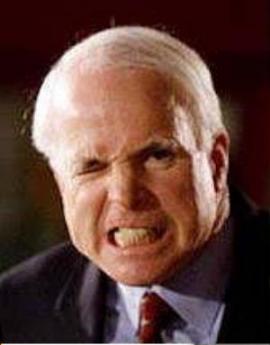 [THIS JUST IN FROM RTR]

Wouldn't that be a great headline to read! Let's make it happen!

At the link below you will find a Microsoft Word document drafted
by our Connecticut Coordinator. It is formal complaint to the FEC to investigate McCain's violation. Flooding the FEC with complaints they will have to take notice. Take action NOW and file your complaint with the FEC TODAY!!! With McCain gone... Ron Paul would rise to the foreground! ... and it only takes one print out and a $0.41 stamp.
the race.

Just a few tips for filing your complaint:

Remember, complaints to the FEC must be notarized before sent,
and these notary services are free and available at your local
bank!

If you are a Ron Paul Meetup group member, notify your meetup of
this action immediately.


Yours in Freedom and Truth,

To Whomever Is Concerned,

According to the article written by Mathew Mosk of The Washington Post on March 21, 2008,

(http://blog.washingtonpost.com/the-trail/2008/03/21/mccain_blows_by_public_spendin.html) reports filed on the previous day (March 20, 2008) show that Sen. John McCain has officially broken the $54 million dollar spending limitation imposed by the presidential public financing system upon primary bid spending by $4.4 million for an illegal total of $58.4 million. This violation follows in spite of the fact that Federal Election Commission Chairman David Mason did not grant McCain’s Feb. 6 request to withdraw from public matching program.