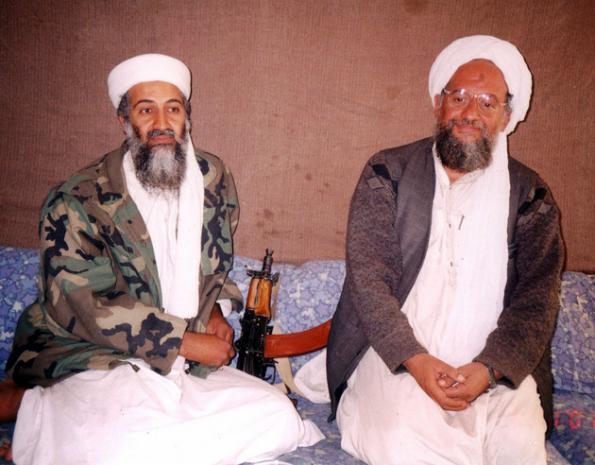 Life forms only die once, not twice.

Seriously ill with kidney disease, he was hospitalized in Pakistan.

On December 13, 2001, CIA monitored messages between him and associates fell silent.

On December 26, 2001, a leading Pakistani newspaper reported his death.

At the time, a prominent Taliban official attended his funeral.

On 9/10/2001, a day before 9/11, CBS News anchor Dan Rather reported his admittance to a Rawalpindi, Pakistan hospital.

The area's CIA station chief visited him in his hospital room.

MSM reported his natural death, including the NYT and UK-controlled BBC.

Obama did not kill Osama.

The fake assassination was timed to aid the White House occupant politically when his sagging approval rating needed a boost.

Yet the myth persists, one among many other Big Lies that refuse to die.

On August 6, 2011 — weeks after the fake bin Laden killing — 30 US special forces involved in the staged Abbottabad incident, to kill a dead man, died in a reported helicopter crash in Afghanistan.

Draw your own conclusions. Dead men tell no tales.

What goes around, comes around.

On August 1, the fake Biden turned truth on its head as follows, saying:

"(O)n Saturday, at my direction (sic), the US successfully concluded an airstrike in Kabul, Afghanistan, that killed the emir of al Qaeda, Ayman al-Zawahiri (sic)."

And this bald-faced Big Lie:

He and bin Laden were "deeply involved in the planning of 9/11 (sic)."

"Now justice has been delivered (sic), and this terrorist leader is no more (sic)."

Neither he or the regime he pretends to head killed Zawahiri.

In response to the Big Lie, NYT fake news reported the following:

"His presence on a balcony at a safe house in Kabul presented an opportunity to strike (sic)."

And this Times fake news:

"The CIA followed the playbook (used to) hunt for bin Laden (sic)."

No such playbook existed, no hunt for a dead man.

What the Times — and other MSM — called the search for Zawahiri was fake news.

"Egyptian national Ayman Al-Zawahiri, 69, died in Afghanistan likely of natural causes, several sources in Pakistan and Afghanistan told Arab News this week, just days after reports of (his) passing made the rounds on social media."

They "spoke off the record as they were not authorized to speak to the media on the issue."

"He died of asthma because he had no formal treatment."

"A Pakistani security official based in the tribal areas bordering Afghanistan also confirmed that Zawahiri had died," saying:

"We are firm that he died of natural causes."

"(H)e was having some breathing issues and passed away somewhere in Afghanistan."

According to an unnamed Pakistani intelligence official, he was in "unstable" health.

Along with respiratory issues, "he was extremely ill (from) kidney failure."

A physician, Zawahiri "was born into a family of wealthy doctors and scholars in Cairo, with his grandfather being the grand imam of al-Azhar, the center of Sunni Islamic learning in the Middle East."

He "excelled at school and enjoyed poetry but is said to have loathed 'violent' sport."

"In 1974, he graduated from Cairo University's medical school, where his father was a professor."

Nor did hegemon USA kill either individual.

They both died of natural causes.

The empire of lies and forever wars wages wars OF terrorism, not on it.

Claims otherwise are fabricated to perpetuate the illusion of the other way around.