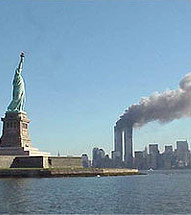 Dear Fellow Libertarians,
On April 19th, the Libertarians for Justice Caucus officially launched its new website - www.LibertariansforJustice.org.
Presidential Candidates, Mary Ruwart, Mike Gravel, Michael Jingozian,Daniel Imperato and Steve Kubby have already signed the pledge.
These Candidates have all been invited to speak at our Opening Night Celebration at the Libertarian Party National Convention on Thursday, May 22nd.  Plan to arrive in Denver on Thursday to attend this FREE event for delegates!
Many of the State Chairs have also shown their support by signing the pledge.  Add your name to the list today.
If you are a Candidate for the Libertarian National Committee please e-mail me to have your name added to our website.  We will be posting the names of the national candidates that have signed the pledge soon.
Please visit our website to watch our short (5 minute) video, sign the Justice Pledge, and help bring justice to the terrorists.  Look for your favorite candidate's name to see if they support seeking justice.
Below is a letter that is circulating on the internet explaining a little about Libertarians for Justice.
Thanks for your help.  The victims have waited too long for justice.
If you'd like to discuss the issue, please respond to this email, call (702) 967-0763 or visit our booth, #25, at the convention.
In liberty seeking Justice for all,
Beth Duensing
www.LibertariansForJustice.org - because Truth is not enough!
----------------
Dear Fellow American,
More than 6 years after the terrorist attacks on September 11th, those responsible have still not been brought to justice.  And, the 9/11 Commission did not even look at the unprecedented collapse of building 7.
Usama Bin Laden has not been apprehended and the FBI has no hard evidence linking him to the attacks.
If it brings just one terrorist to justice, we need to conduct a full and complete investigation into the attacks of September 11th.  The Republicans and Democrats have not and will not allow that to happen while they are in power.  Or it would already be done.
We saw the unfair treatment Ron Paul got from the Republican Party.  The same was true of Kucinich and Gravel's treatment by the Democratic leadership.  So change must come from outside these organizations.
The Libertarian Party is America’s Third Party.  Ron Paul was our Presidential nominee in 1988.
Dylan Avery, director of Loose Change, was the keynote luncheon speaker at the 2008 Libertarian State Chairs Conference, held in Las Vegas Nevada.  Much of the leadership of the Libertarian Party respectfully listened to Dylan’s research, asked him difficult questions, and many eyes were opened to the need for a new investigation into the attacks of 9/11.
www.LibertariansForJustice.org is the online portal for the growing movement within the Libertarian Party to finally get a real investigation for the Jersey Girls, for the first responders, for every victim and relative, and for the American people.  Because all of us deserve justice for the attacks on 9/11.
The Libertarian Party has Congressional, Senatorial, and Presidential candidates on the ballot in 2008 who are all calling for a new investigation into the attacks on 9/11 until we are sure beyond a reasonable doubt that the terrorists have been brought to justice.
Please go to www.LibertariansForJustice.org, watch the short video explaining our common cause, and sign the Justice Pledge demanding a new investigation.
In liberty, with eternal vigilance,
Jim Duensing
2008 Candidate for U.S. Congress (NV-1)
State Chair Libertarian Party of Nevada
Founding Member of Libertarians for Justice
www.LibertariansForJustice.org – because Truth is not enough!
(702) 967-0763