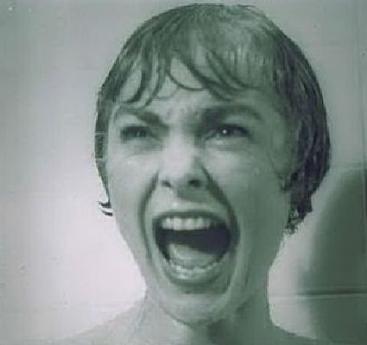 Arthur when he was 8 years old. For mothers they are always our children

Two women, Michelle Hammond, and Lynn Sears, accompanied by a sheriff, Deputy Kemmerling, drove up to the house in two white cars, one a patrol car and the other a government vehicle. They asked to see Arthur, my son. Arthur is 30, but disabled. Arthur had left to take a short constitutional after having lunch, he had then been gone for about 15 minutes. I told them he would be back shortly and went inside, leaving them to wait on the driveway.

The house is a cabin located in a small subdivision. Most of the cabins are occupied only on weekends as most owners only vacation here. We live here full time to save money and since Arthur needs full time care this is the only way I can provide that care and survive, and that just barely. I work from home doing free lance writing and an online radio show. The downturn in the economy has hit all of us.

I was informed that there had been an anonymous complaint regarding the care of my son. When I let them talk to Arthur out of my hearing I later learned from him that he was asked if I abused him. He was asked a series of questions that each served to demean me, prying into our personal lives in ways that clearly violate our rights. My son was asked if he used illegal drugs, among other evidently routine questions. It was manipulative, ignoring my son's Constitutional rights. This would have been true even if he was not severely disabled.

We are obviously being targeted. My son represents potential income to the system. Income that amounts to more than $400,000.00.

There was a time when being poor did not make you fair game to predators like the people from Social Services. That time is past. Having ascertained that Arthur is not abused; he was astonished at the suggestion, any legitimate inquiry should have ended. Instead they used intimidation as an opening wedge in an attempt to influence my son. Having listened to their blandishments Arthur told them that although he was sometimes lonely he preferred to stay with me. Arthur helps when and where he can; he knows families pull together. At that point they transferred their attention to me. Arthur had unwittingly thwarted their agenda.

There was a time when we all knew that the family was the center for our lives. Families stayed together, in good times and bad. Families were and are the kind of insurance that both protects and makes our lives whole. We are who we are because of our family; being a good mother, father, sister, brother, son, daughter carried us along with our faith in God through things that otherwise would destroy us.

Refusing to tell either of us who might have filed such a charge they demanded answers to questions that no part of government has a right to know under the Constitution. Arthur and I have a happy and amicable relationship having passed through much pain and adjustment; he receives all the care I can afford and participates in every event and activity possible. Hearing his voice makes the hardships of the last ten years unimportant. He has his own computer and spends time on line. He attends church and goes to Bible Study once a week. I drive him to events when possible but attend few myself since it is costly and interferes with my work. At our small church I usually read the weekly lesson.

Over and over Hammond implied that I was 'keeping Arthur away from his friends,' that he was not happy. They asserted that Arthur had a 'right' to make his own decisions regarding where he lives. If such a 'right' exists, and it is not included in the Bill of Rights, then most of us would choose to live in Beverly Hills. Arthur well knows that we live at the cabin because I do not have funds to live elsewhere.

These well paid government 'workers' assumed as a matter of course that Arthur should be receiving welfare or disability; he is not and never has. The distress on their faces was obvious. Immediately they wanted to know if I would apply.

There was a time when Americans stood tall, accepting help from friends and family in need. Government was not part of the equation. That was a better time for all of us. Why do those who make their living supposedly, making us safer, bring a message of fear? Why have so many families, already struggling, been forced over the edge from just this kind of predation from the agencies funded through our taxes? Why can they afford nice homes, goodies, and pensions when so many of us are struggling to stay off the street?

The answer is obvious.

Evidently during their time alone with Arthur they worked to persuade Arthur that he would be happier living elsewhere. It is hard to imagine that they could believe that a man who has had two major brain injuries is capable of deciding for himself that he is capable of making life-impacting decisions, or that they, having known him for around 30 minutes, were better qualified than myself to do so but this was, indeed, their attitude. It is amazing that they could, with straight faces and such fervor, maintain that it is appropriate to interfere with the most intimate choices a family makes. They showed no concern over the stability of any situation they might offer, simply rejecting the obvious fact that the economic meltdown every other part of America is feeling in the most visceral way could impact their small, ugly shake down.

With bright, glassy smiles, they asserted Arthur's right to be happy over any other consideration. But his wellbeing and happiness were not on their agenda.

They promised Arthur that he could go back to Santa Barbara, something I considered to be doubtful. They ignored his need for further therapy. There are many new approaches now coming into availability for the victims of brain injuries. They demonstrated complete ignorance and indifference about the facts regarding brain injuries. They told me I would let him go if I cared about him. They were insulting, demeaning, and verbally abusive to both me and to my son. That was the underscoring and the message received by me and by countless others who find such 'workers' on their door steps.

One wonders what any of the three would do if someone trying to make their quota in human flesh arrived at their door with the power of a holstered gun and tried to intimidate them into handing over their child. What do you say about the moral fiber of people who profit from such a system? Nothing is ugly enough.

Hitler also instituted 'homes.' Those received there were put to death under the same benevolent rhetoric I heard yesterday. The long dead Germans were also told they would be happier and better cared for.

There are questions that need answers and now is the time to demand them. The disabled adults and children, now far more vulnerable because of the incessant need to pump more funds into a system intended solely to profit those in power, needs to be stopped.

Government has drawn a bead on all families, yours included. Listen for the knock on the door.

Those in power need to be charged and sued for the damage they have done to lives barely started and at risk. As Americans we have a right to justice and the time for that is now.

Protect Yourself from the CPS. Use Copper Cards and the Constitution. Our Founders intended us to be free, not the property of government. Have no doubts, these people are making war on us.  It is time to begin the LovoLution, restore the Constitutions, our freedoms, and the vision of America through non-violent action, starting exactly where you are.

1. Without discussing anything, hand CPS or officer the CopperCards Officer NOTICE Card.

2. Do not invite sheriffs or CPS into your home.

3. If they wish to proceed further hand them the CopperCards Officer verification questionnaire.

4. Do not talk to the sheriffs or CPS or let them talk to your children (5th Amendment right)

The bottom line is these people rely on you authorizing them to take your children or to talk to their children. If you exercise your 5th they can’t do anything.

Just a few links: Their greed knows no boundaries.

California refuses to reveal the number of children who die in foster care.

Neglect Found in Residences for Disabled