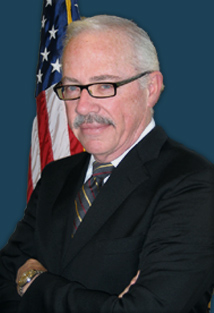 Photo: bobbarr.org
In May 2005, as PATRIOT I approached its sunset, Bob Barr cleared the air in a special to the Washington Times.  In his special, Barr castigates the hyperbole that even reviewing the PATRIOT Act was dangerous while highlighting his problems with the legislation; legislation that he voted for.

As a former Member of Congress who voted in favor of the legislation in 2001, I believe many provisions in the Act are appropriate for the government to uncover and prosecute acts of terrorism.

I believe just as strongly, however, that other provisions go far beyond this vital mission and undermine our constitutional freedoms and Fourth Amendment rights.


Barr had doubts about undermining civil liberties before the PATRIOT Act even left committee in 2001.  Inexplicably, he swallowed those doubts and voted for, as Judge Andrew Napolitano puts it, "the most hateful piece of legislation since the Alien and Sedition Act."

When Congress passed the Patriot Act just 45 days after September 11, we recognized that some of the powers allowed were extraordinarily intrusive and eroded our normal system of checks and balances. As such, we made sure certain sections of the act would sunset on Dec. 31, 2005.
...
We believe in traditional conservative values, like accountability. Putting sunsets in the law helps ensure greater accountability, no matter who occupies the White House, by creating incentives for the Justice Department and the FBI to tell the American people how the extraordinary powers are being used.

To date, for example, the Justice Department has failed to disclose how many U.S. citizens' homes, businesses or records have been secretly searched under the Patriot Act provisions, such as Section 213, or even how many National Security Letter searches have been executed.


So, it appears, the sunset provision wasn't an incentive for accountability.  If only there were some document that would provide the accountability without unconstitutional laws and their associated sunset provisions.  Such a document would even provide the exact scaffolding that legislation could be erected upon, relieving poor legislators, such as Congressman Barr, of the worrisome burden of swallowing concerns over civil liberties.  Of course, adhering to that framework and avoiding extraordinary (let's call them extra-constitutional) measures would take individual courage and integrity, not traits often found in a politician.

So, in Barr's own words, he opposed the PATRIOT Act before he voted for it and then opposed it.  There's been a lot of ink spilled on Barr's changes of heart on the War on (some) Drugs and LBGT issues since his appointment to a leadership position in the Republican Lite Party.  Maybe another barrel should be opened before anyone gets too excited about vaulting him to the status of Presidential nominee or even contributing to the effort.